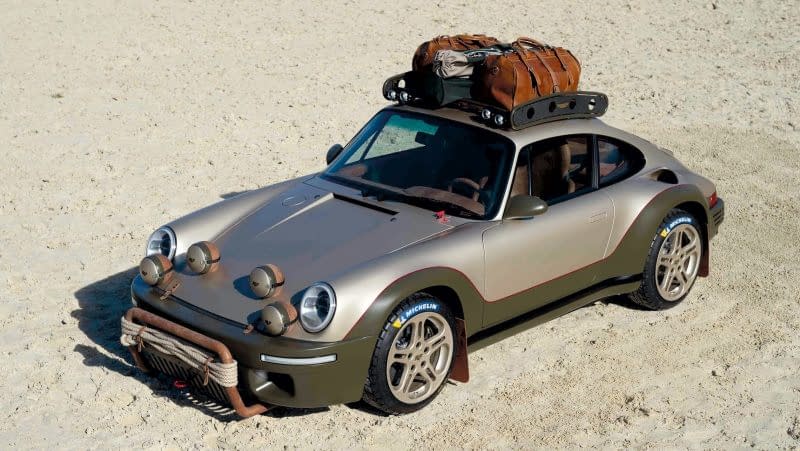 RUF Automobile has commissioned a unique, off-road focused concept. The RUF Rodeo, according to the German tuning specialist, is inspired by Porsche’s iconic 911 Safari rally cars of the 1970s, plus fashion design and American western culture.

As with many RUF designs, it looks like an old 964-generation Porsche 911, but it’s new from the ground up. It’s based on RUF Automobile’s own carbon fibre monocoque chassis, which previously featured under the brand’s celebratory 522kW CTR Anniversary concept. RUF hasn’t quoted an official kerb-side figure for the Rodeo, but the CTR weighs a nimble 1200kg.

RUF also hasn’t provided any performance details for the Rodeo, although the brand has confirmed that it’s compatible with either a naturally aspirated or a turbocharged flat-six engine. The former is a 4.0-litre unit which produces 368kW and 465Nm, while the latter is a 3.6-litre unit developing 478kW and 830Nm. Both engines are hitched to a six-speed manual gearbox as standard. 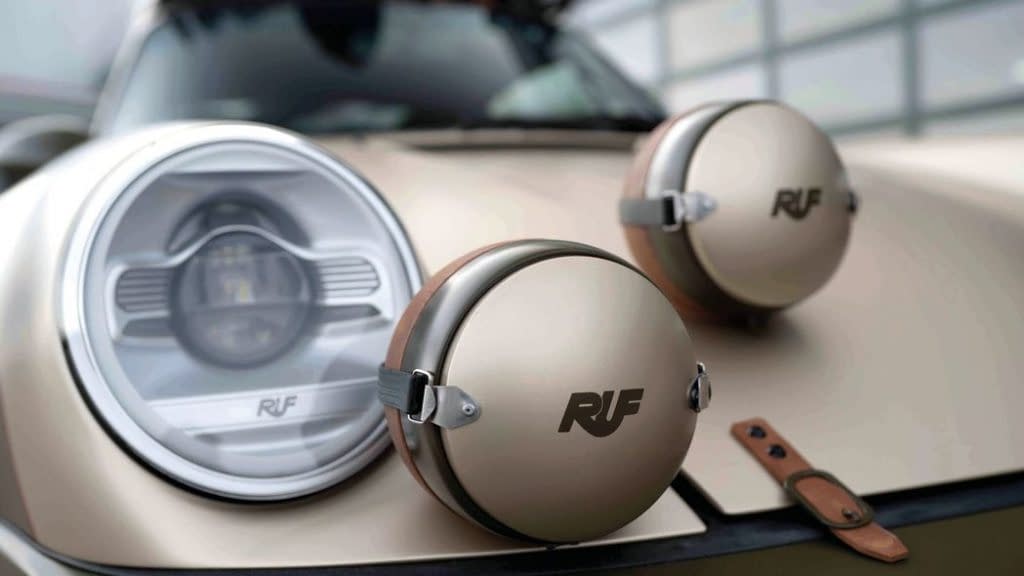 RUF assures us that the Rodeo is a proper off-roader; it has four-wheel-drive, all-terrain tyres, a raised ride-height and heavy-duty dampers. Beyond the mechanical concessions to off-roading, the tuner has bolted on a set of driving lamps, a tow-rope wrapped around the new front bull-bar and even a shovel.

The RUF Rodeo’s cabin design makes a nod towards both the Old American West and Beverly Hills. The seats are trimmed in thick brown leather and Navajo-inspired fabrics, which are “reminiscent of the Cowboys and Indians roaming the American southwest.” There’s also an aluminium pedal box, a host of carbon fibre trim pieces and modern, metal switchgear. 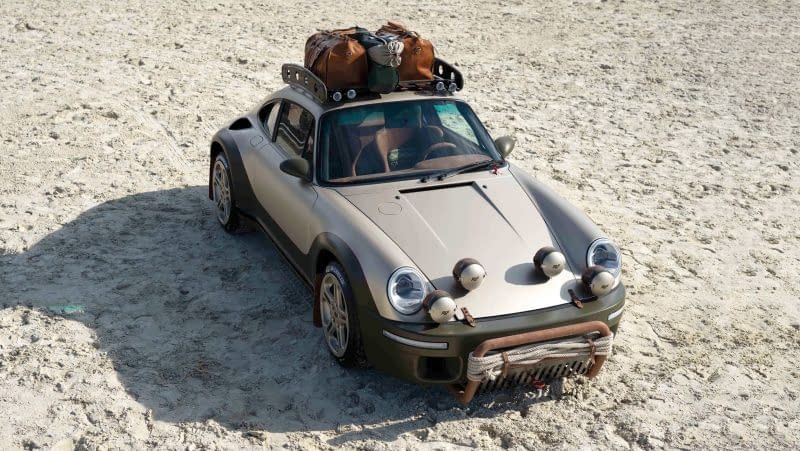 RUF Marketing Director Estonia Ruf said: “When we began building our own automobiles it was all for the thrill of the drive. The Rodeo Concept combines that passion for cars with the love of western culture – an appreciation I found while studying in Oklahoma, USA. This car is inspired by some of our favorite people and our love for the countryside.”