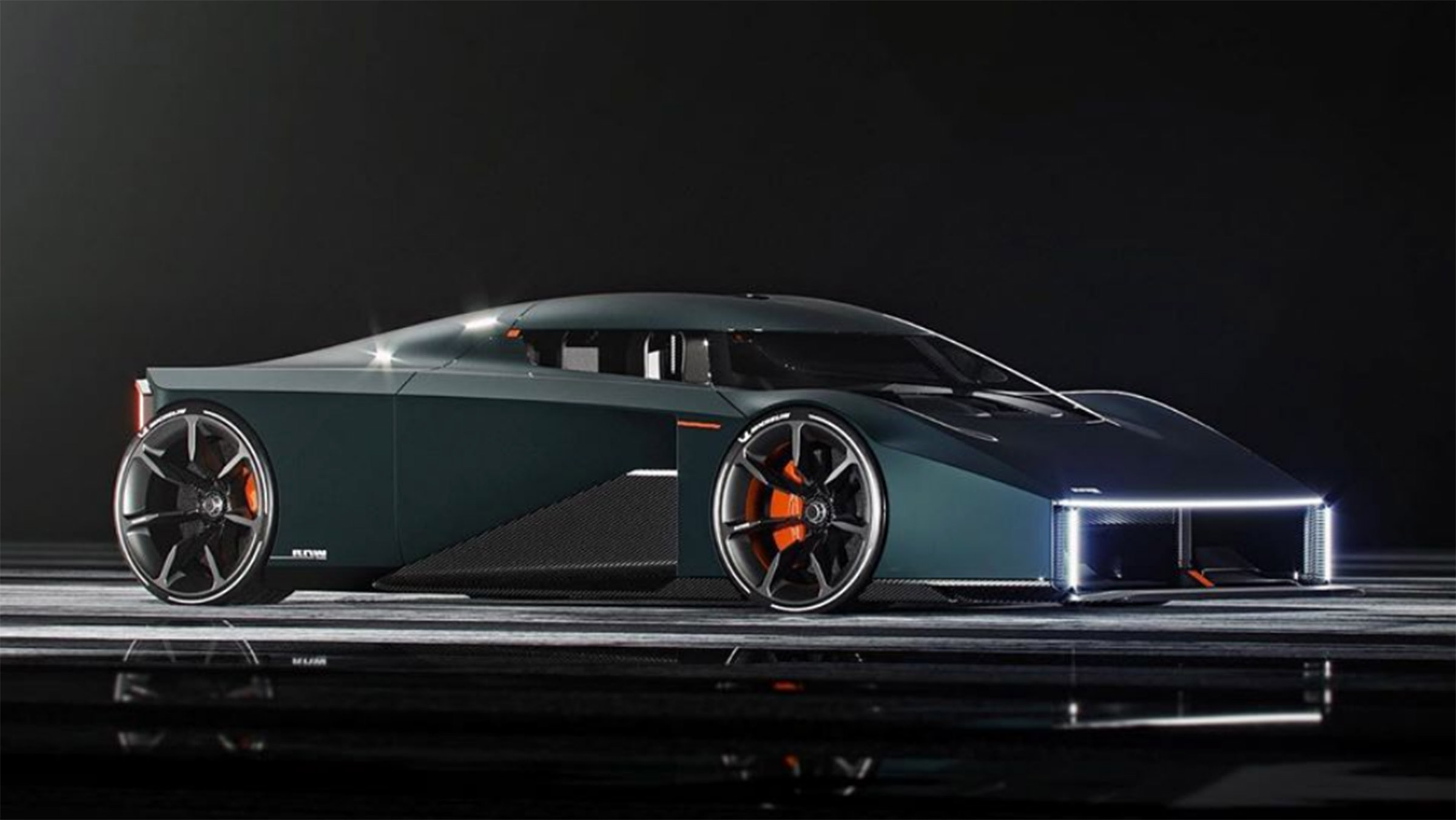 This is the RAW: a digital concept proposing a three-seat Koenigsegg supercar with a 1:1 power to weight ratio.

It’s the work of design student Esa Mustonen for RAW Design House – the firm also responsible for styling the new Gemera hypercar. The concept was created under the supervision of Christian von Koenigsegg, and while there’s no official plan for the car to make production, it is intended to sit within an imagined “RAW by Koenigsegg” fantasy line-up.

As such, the concept is said to draw upon various cutting-edge technologies used in the Swedish marque’s production hypercars. This includes the FreeValve engine: using pneumatic valves, it does away with a traditional camshafts, throttle bodies and timing belt. Here, the three cylinder, two-litre unit makes 515kW (that’s 700 metric horsepower), which combined with a 700kg kerb weight, results in a 1:1 power to weight ratio.

The low mass is made possible thanks to a motorsport-inspired carbon fibre tub onto which the drivetrain, suspension and body parts are attached. The bodywork is pared back to a minimum: the angular front end features a huge front air intake that directs airflow through the structure towards the rear of the car.

The back end itself features almost no rear overhang – the rear face of the back tyres are almost completely exposed – and the air channeled from the front exits via a vast diffuser.

The RAW keeps some signature Koenigsegg styling cues, most notably the wraparound windscreen, double bubble roof and dihedral synchro-helix doors (that’s fancy spinning doors, in simplified English) – though unlike on other Koenigseggs, these hinge from the rear. They open to reveal a three-seat cabin, which places the driver in the centre of the action, and two passengers to either side and just behind.

An even more extreme version of the Jesko hypercar, the Koenigsegg Jesko Absolut promises to set new benchmarks in the realm of speed
Read more

Koenigsegg has built the first pre-series production version of the Jesko, with customer deliveries expected to arrive early next year
Read more

Koenigsegg's freevalve engine promises performance and economy, but how does it actually work? Being all things to all people is something combustion engines have never...
Read more