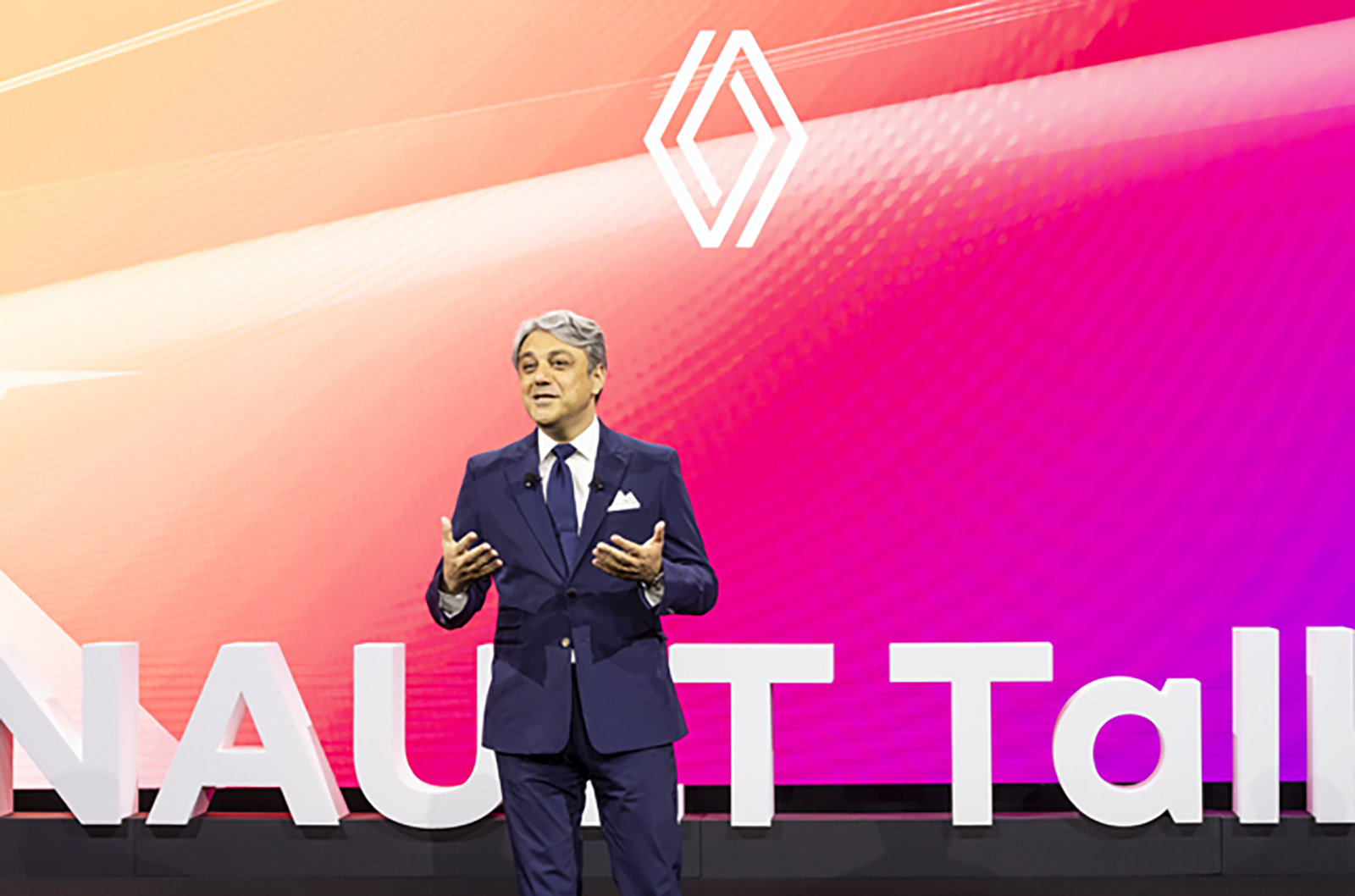 Renault boss Luca de Meo claims that the firm will become the “greenest brand in Europe” by 2030, promising that nine of of 10 cars it sells will feature an electrified powertrain.

The French firm has placed a focus on sustainability and new technology as part of its plans to revive the brand under de Meo’s ‘Renaulution’ growth strategy.

Speaking during a Renault Talks online presentation, de Meo said that the “success of the group’s turnaround depends heavily on our ability to reposition the brand for sustainable mobility.” He didn’t give specifics on how Renault would just becoming the ‘greenest’ car firm. Several rivals, such as Volvo, have pledged to become EV-only by 2030, while Renault’s strategy is a mix of electrified and electric models, depending on market demand.

The push into sustainability is at the heart of the firm’s ’nouvelle vague’ focus, which de Meo said was vital to helping revive Renault’s fortunes in the higher-value C- and D-segments.

“This is our way of interpreting modernity,” said de Meo. “More value in our cars, and more value in how we do it. I have a feeling history is coming to us, society is embracing values that are close to the history of Renault.”

Highlighting Renault’s history of producing both small, practical cars and electric vehicles due as the Zoe, de Meo added: “We are a warm and human brand, we have everything in our DNA to equal what the world is looking for: a more responsible, sober shared model after decades of fast fashion and over-consumption.

“The good news is that we are starting many races if not in pole position, then on the front row of the grid.”

The firm its currently expanding its range of E-Tech hybrid and plug-in hybrid vehicles. The current Clio E-Tech hybrid, and Captur and Megane estate plug-in hybrids will be joined this year by hybrid versions of the new Arkana coupe-SUV and Captur, and the saloon version of the Megane PHEV.

Renault is also developing a new 1.2.-litre three-cylinder engine that can be used as the basis for a 147kW hybrid and 206kW four-wheel-drive plug-in hybrid. Due to arrive in 2024, the new powertrain will be offered on Renault models in the upper segment, particularly the C-SUV segment.

Renault will also launch the Megane E-Tech Electric crossover – unrelated to the existing Megane – later this year, which will join the Zoe in the firm’s EV line-up.

As well as investing in EV and hybrid technology, Renault is also aiming to boost its sustainability credentials with its Re-Factory circular economy hub that it is develop at its Flins factory. That plant will be able to recycle up to 120,000 vehicles (including Els) every year. By 2030, Renault has also pledged to be “the world’s best manufacturer” in the percentage of recycled materials it offers in vehicles.

Renault is also aiming to become a technology leader in France, and has recently agreed to work with four other companies to develop the ‘Software Republique’ to develop mobility solutions for cities.