Car manufacturers facing shortages of vital semiconductor chips are hurriedly trying to overhaul their supply chains to avoid over-reliance on just a handful of suppliers.

The shortage has affected the production plans of almost every car maker and will cut global car production this year by 672,000 units, according to analysis company IHS Markit, although others put that figure much higher. Investment bank Morgan Stanley points out that Ford and Volkswagen have each estimated a drop in first-quarter production of 10-20%, suggesting the overall unit reduction could run into the millions. Ford has warned its profits could be hit by between AUD$1.3-$3.23 billion in the first half of this year as a result.

Car makers first discovered chip supply was drying up last year after they ramped up production to meet stronger than predicted demand as the first round of global lockdowns began to ease.

As the car factories idled, however, the chip manufacturers had found willing recipients for their products in phone, tablet and games console makers, which, in contrast to the car manufacturers, had seen demand soar during lockdown.

To the chip makers, car companies were just another customer – and not a very big one at that. “If I am a semiconductor manufacturer and have just 10% for automotive and 90% for non-automotive, and the 90% is increasing and 10% reducing, obviously I will allocate capacity to the 90%,” Ashwani Gupta, chief operating officer at Nissan, said recently.

Chip making is expensive and complex. “There are no easy fixes to the capacity constraints,” IHS Markit wrote in a recent report, in which it also predicts the shortage could run into the autumn. 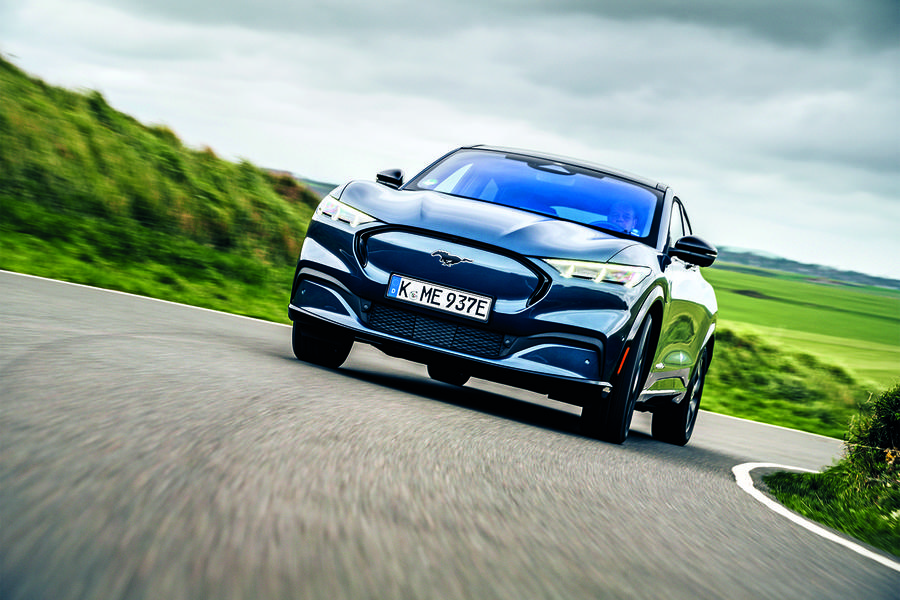 A modern car has multiple chips within its ECUs, which govern everything from engine management to windows, airbags, infotainment, ABS, lights and, increasingly, active safety aids. The amount of chips a modern car needs is rising sharply. The new Nissan Qashqai has 50% more sensors than the outgoing car, for example, Gupta revealed.

Some chips are simpler than others, and automotive ECU makers such as Bosch and Denso can manufacture these in-house. However, the more complex units – called microcontrollers or, sometimes, system-on-chip – cram significantly more computing capability into an incredibly small package to power advanced technology including infotainment systems and semi-autonomous driving functions, and making them is far harder. So hard, in fact, that IHS Markit estimates 70% of all automotive microcontrollers are outsourced to just one supplier, TSMC in Taiwan.

However, just 3% of TSMC’s revenue comes from the automotive sector, according to IHS Markit. This means that, unlike traditional automotive suppliers, it has little reason to adjust its business plan to accommodate the industry’s demands.

The problem is now being discussed at an inter-governmental level. German economy minister Peter Altmaier recently wrote to his counterpart in Taiwan, Wang Mei-hua, to ask for help, and TSMC has said it will put aside more chips for car makers. But as with the Japanese nuclear disaster and the flooding of Thailand in 2011, the crisis has exposed how dependent car makers are on single-sourced components. “It has highlighted the fragility of the ecosystem,” IHS Markit wrote.

The problem for car makers is that they don’t often know where a part comes from if it’s contained in another part, as chips are. They have visibility of their so-called Tier One suppliers, but not necessarily the suppliers below that.

Some car makers are trying to change that. Jaguar Land Rover, for example, drilled down through its supplier tiers to find out who was supplying its chips, and then contacted the chip makers directly to plea for supply. It worked, CEO Thierry Bolloré said on a recent investor call, claiming the company was currently not affected by the shortage. JLR’s status as a relative minnow compared with, say, a mobile phone giant helped. “We are so small compared to other actors that in fact our allocation doesn’t change the picture for the other customers,” he said.

Competition for supply is only going to get stronger, so making sure there’s not a repeat of this winter’s crisis won’t be easy.

Markus Duesmann, Audi CEO and head of R&D at Volkswagen, called for Europe to boost its chip-making supply and reduce the region’s reliance on Asia, possibly by funding companies in the same way the European Union funds battery cell technology.

The EU has reportedly begun the process of building a fabrication plant for the most sophisticated chips, potentially in collaboration with TSMC and/ or Samsung Electronics. Until its completion, car makers could choose to move from a just-in-time supply model to stockpiling when chips become available again, something that Mercedes-Benz in particular has said it is looking into.

Ironically, if there was ever a good time for a chip shortage, at least in Europe, it is now, when customers in key markets, including the UK and Germany, face restrictions when buying cars from dealers. Ford’s pausing of Focus production in Saarlouis, Germany, for a month is officially because of disruption in chip supply, but the underlying lack of demand because of the lockdown was also a driver. It is not something that is particularly bothering dealers, according to Robert Forrester, CEO of Vertu Motors. “The semiconductor shortage is not the biggest issue in the world right now,” he said. Many retailers view the reopening of showrooms as far more critical.

Car making is so delicately balanced that one delayed part can hold up your entire production line. If that part is in high demand, then you’ve just got to wait in the queue and watch your revenue disappear. Ford CEO Jim Farley called the situation a “good metaphor” for possible future battery problems on a recent investor call.

EV battery supply mirrors chip manufacturing in that car makers are currently reliant on a handful of mainly Asian suppliers, with very little local production capacity. It is also hugely expensive and not something that car makers are rushing to get into.

That could change as car makers such as Ford start producing more electric cars. “The next step is going to be a much more aggressive electrification plan,” said Farley. “We cannot afford to be in the situation we are with semiconductors right now. He suggested Ford could make batteries themselves or join a joint venture.

This is a big change from even just a couple of years ago, when manufacturers such as PSA declared they were car makers, not chemists. As the semiconductor shortage shows, those in control of their supply have a clear advantage over those who are not.