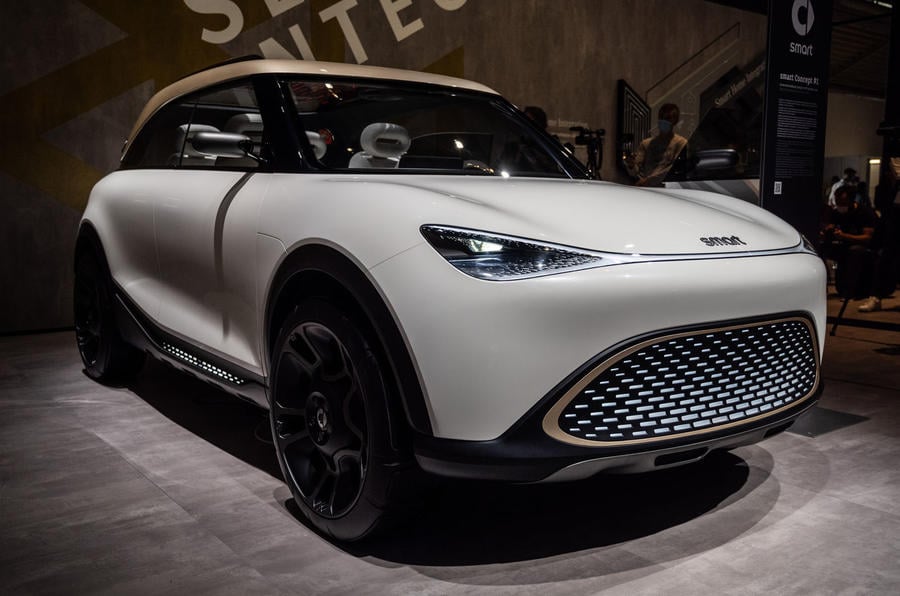 Smart is embarking on a radical product strategy under new 50% co-owner Geely, and will soon reveal the production version of the Concept #1 it showed at the Munich motor show.

New patent filings registered with the European Union Intellectual Property Office preview the design of the final production car, suggesting it will stay largely true to the Munich show car, save for the addition of new air intakes at the front end and a reshaped bonnet.

It’s the first bespoke EV from Smart since it became the first ‘legacy maker’ to ditch internal combustion engines completely in 2019. The SUV will herald the beginning of an important new era for the brand, during which Geely will manage the engineering side of model development and Mercedes the design.

It’s clearly recognisable as a Smart but has evolutionary design elements that seek to promote a “cool, grown-up” brand image, according to design boss Gorden Wagener. 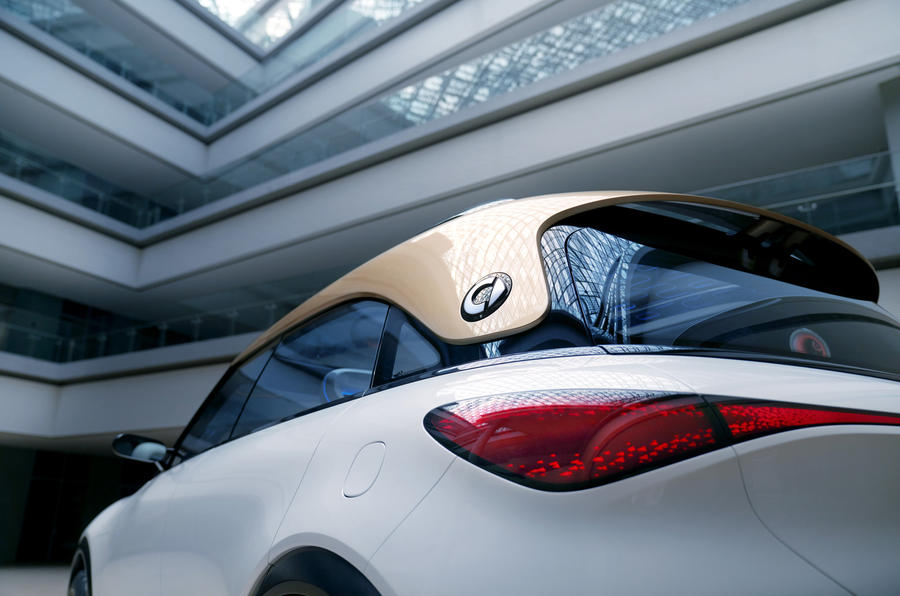 Its defining features include short overhangs at each end, a panoramic sunroof, frameless doors and contrasting black lower body elements that emphasise its “robustness”.

The rear-hinged doors are opened by touch-sensitive light panels, rather than handles, which, along with distinctive LED clusters at each end and a unique interior lighting set-up, contribute to the concept’s “attention-grabbing light display”. Smart says that the wheels being pushed out to the very corners of the car and the 2750mm wheelbase allow for an “extremely spacious” interior, which will gain a fifth seat for production.

Elbow room, leg room and storage space are all said to be on a par with vehicles in higher segments, while the ‘floating’ centre console, lack of B-pillars and glass roof air out the cabin. Technical details remain under wraps, but future Smart models will sit on a Geely-developed bespoke EV platform that promises “the highest level of dynamic handling and passive safety”. 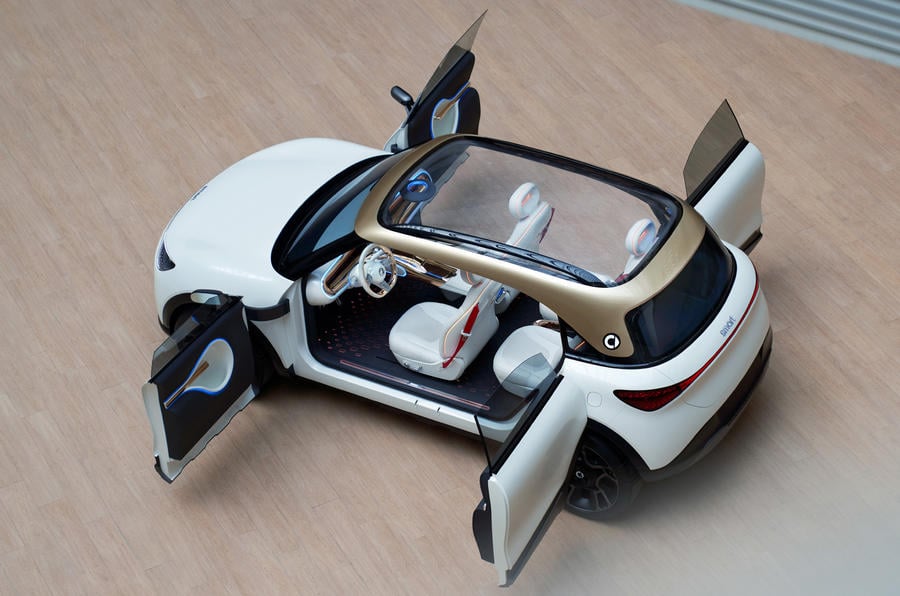