Smart has released a new preview image of its upcoming electric SUV before the car’s full reveal at the Munich motor show in September.

The new machine will be the first product from Smart since the brand became a joint venture between Mercedes-Benz and Chinese firm Geely. It will mark a step change in the brand’s design language and positioning in line with its “growing premium and high-tech aspirations”. As previously reported by Automotive Daily, the new five-door model is known by the codename HX11 and will be built in China.

The new image gives little away, beyond confirming the SUV will have a panoramic roof and gold contrasting windowline, but earlier sketches showed the outline design of the car, including its sharp headlights, wide wheels and prominent roof bars.

The Smart logo appears on part of the rear bodywork, while concealed door handles, a large panoramic roof and illuminated elements also feature as part of the car’s design. 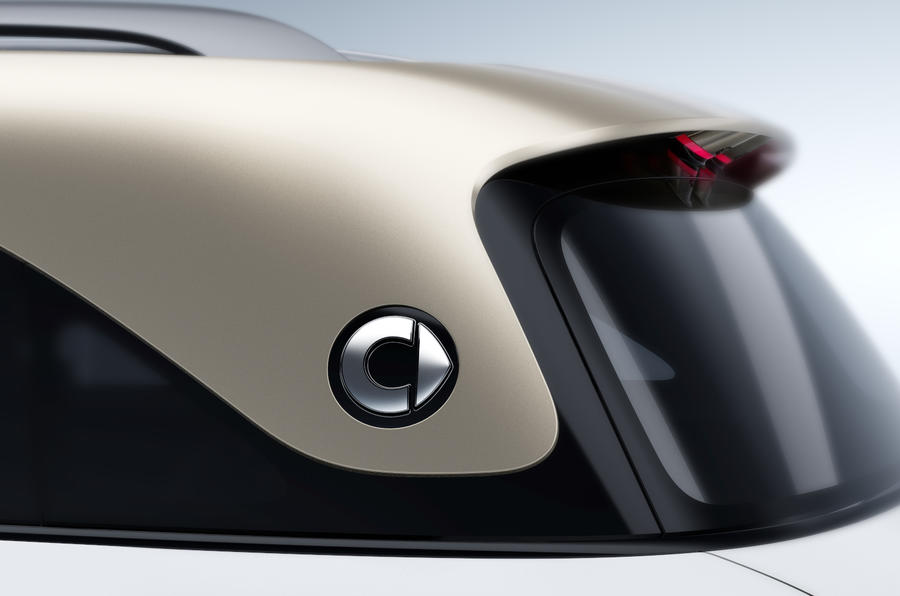 “Our eSUV concept embodies all of the new DNA of Smart. It’s a visionary approach that creates a new identity for the brand – more beautiful, sportier and, of course, much cooler than before,” said Daimler Group design chief Gorden Wagener.

The new five-seater is expected to be Smart’s largest model to date, at around four metres in length, and similar in size to the Mini Countryman. It will be built using Geely’s flexible SEA architecture, which will also underpin a range of future Volvo models. Smart says the SUV will be a sustainable form of travel for young families, with its large interior with a premium look and feel. Voice control and a digital key will be standard with every vehicle.

Chinese reports have suggested the car will be fitted with a rear-mounted electric motor with a maximum power of 200kW, a lithium ion battery with a capacity of less than 70kWh and a range on the Chinese NEDC test cycle of more than 500km.