Solid-state batteries could be EV game-raisers Until now, car manufacturers have been a little vague about the details of their EV batteries. At cell level, most are relying heavily on traditional cell suppliers, such as LG Chem or Sanyo, but Volkswagen has recently presented its detailed plans for the rest of the decade through to the switch to solid-state batteries after 2025.

Volkswagen is also moving away from traditional battery design, which is to assemble cells into modules, modules into a battery and then the battery into the car. Given the complexity of manufacturing batteries in that way, it’s not a particularly flexible approach – even though it might at first sound like it. Cars of different sizes will need different battery packs, and even if the building blocks are the same, it still means differences, and differences mean more expense.

The next stage of that process is a switch to what Volkswagen calls the ‘Cell 2 Pack’ approach, which is to develop a standard cell looking a bit like an old VHS video cassette and pack it directly into the battery pack. The third stage will be ‘Cell 2 Car’, where the cells will be inserted directly into the battery container section of the chassis itself. Compiling battery cells in this way should make EVs faster, easier to make, lighter and cheaper by using a common cell across different models. This ‘Unified Cell Concept’ will appear from 2030 using cells made in the Group’s own factories. The plan is to extend its use to 80% of the Volkswagen Group line-up by 2030.

Beyond lithium ion batteries is the solid-state technology that the Group is developing with partner Quantumscape, which announced in December that it had cracked the secret of making a solid-state separator (replacing the liquid electrolyte of conventional batteries, hence ‘solid-state’). The separator sits between a cell’s anode and cathode yet still allows lithium ions to pass through it to charge and discharge.

The performance of conventional lithium ion cells is restricted by a couple of things. When a battery is charging, lithium ions travel from the cathode to the anode, which is made from carbon or a mix of carbon and silicon. The carbon acts as a structure to hold the lithium, but six atoms of carbon are needed to hold one of lithium, and the materials themselves limit the charging speed. When the battery discharges, the opposite happens and the ions travel via the liquid electrolyte back to the cathode.

The ideal would be to use a lithium-metal anode, which occupies a much smaller volume than carbon, but fast-charging with a metal anode creates long tendrils of metal, called dendrites, which reach across the cell towards the cathode. When they eventually reach it, they cause a short circuit. The ceramic-based separator of a solid-state battery blocks the dendrites, allows the use of a lithium-metal anode and therefore the promised step-change in charging speed. It also reduces weight and size and simplifies the manufacturing process.

Volkswagen sees the solid-state battery as the ‘end game’ in battery tech, cutting charging time by 50% while increasing range by 30% at the same time. There’s still more to do to industrialise the technology, but with it, an ID 4 Pro for instance doing a 450-kilometres journey could be recharged in 12 minutes, compared with 25-30 minutes today. 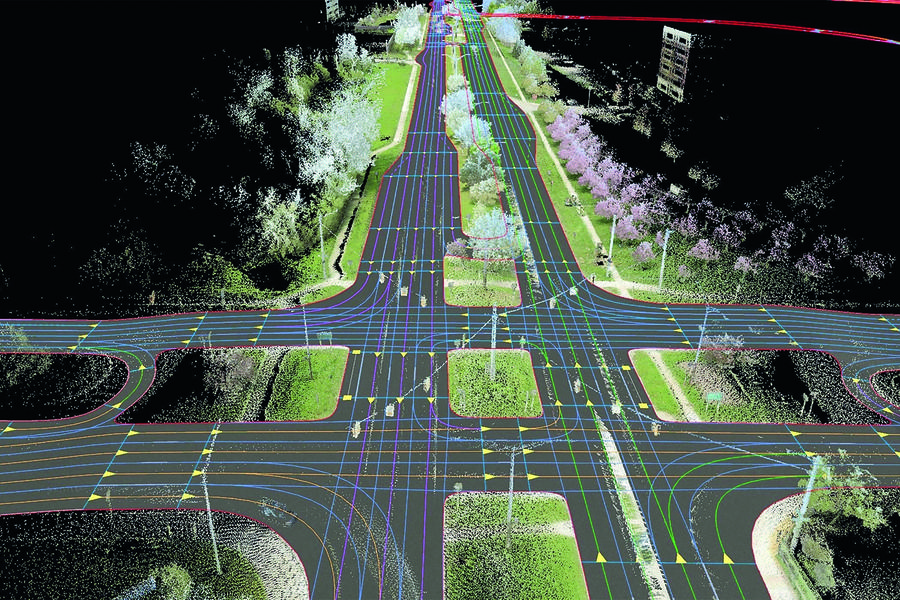 Audi has further developed its swarm technology, whereby cars send data to the online ‘cloud’ to warn other drivers of any hazards ahead. The latest addition estimates the coefficient of friction between the tyres and the road using wheel speed and acceleration data. The uploaded data is processed and used to warn other drivers of slippery road conditions.