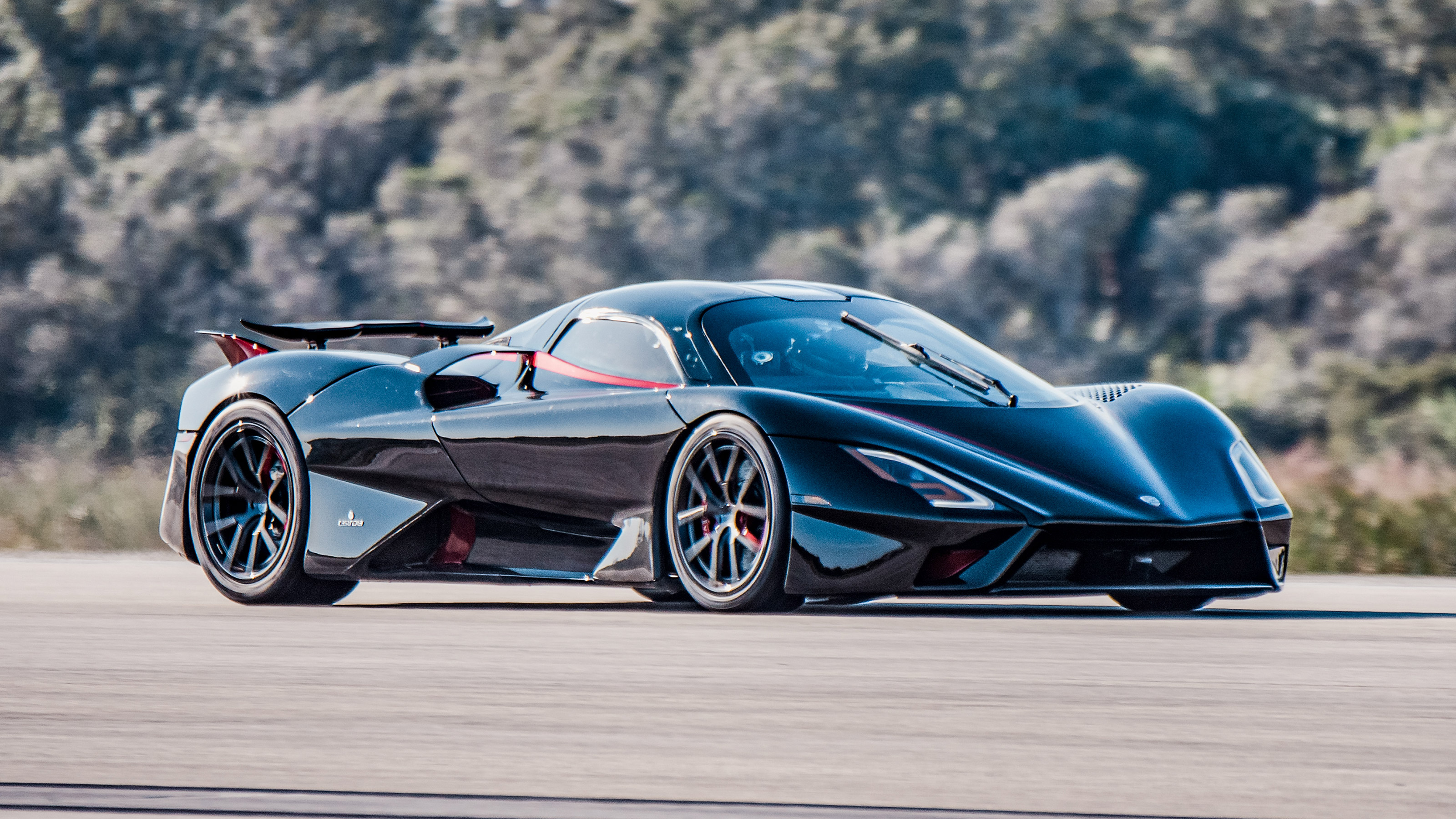 A few months ago, American tuners SSC sparked outrage for allegedly falsifying the speed of its Tuatara hypercar during its attempt at breaking the production car land speed record.

Now, the company is back and it’s still focussed on passing the 300mph (482.8km/h) barrier. The firm’s engineers are currently working on piecing together a more accurate timing system, using equipment from Garmin, Racelogic and the International Mile Racing Association. However, the latter record is surrounded in its own cloud of controversy as, to be officially recognised as a world record, the car’s top speed needs to be an average of two runs on the same piece of tarmac. The Chiron’s speed was only recorded in one direction, though, so the record remains up for grabs.

This latest high speed run was performed by Dr. Larry Caplin – a Tuatara owner, who used his personal car for the attempt. After the run, he said: “I got a taste of full power in the top of seventh on the last run. I am excited to come back and break 300mph.” 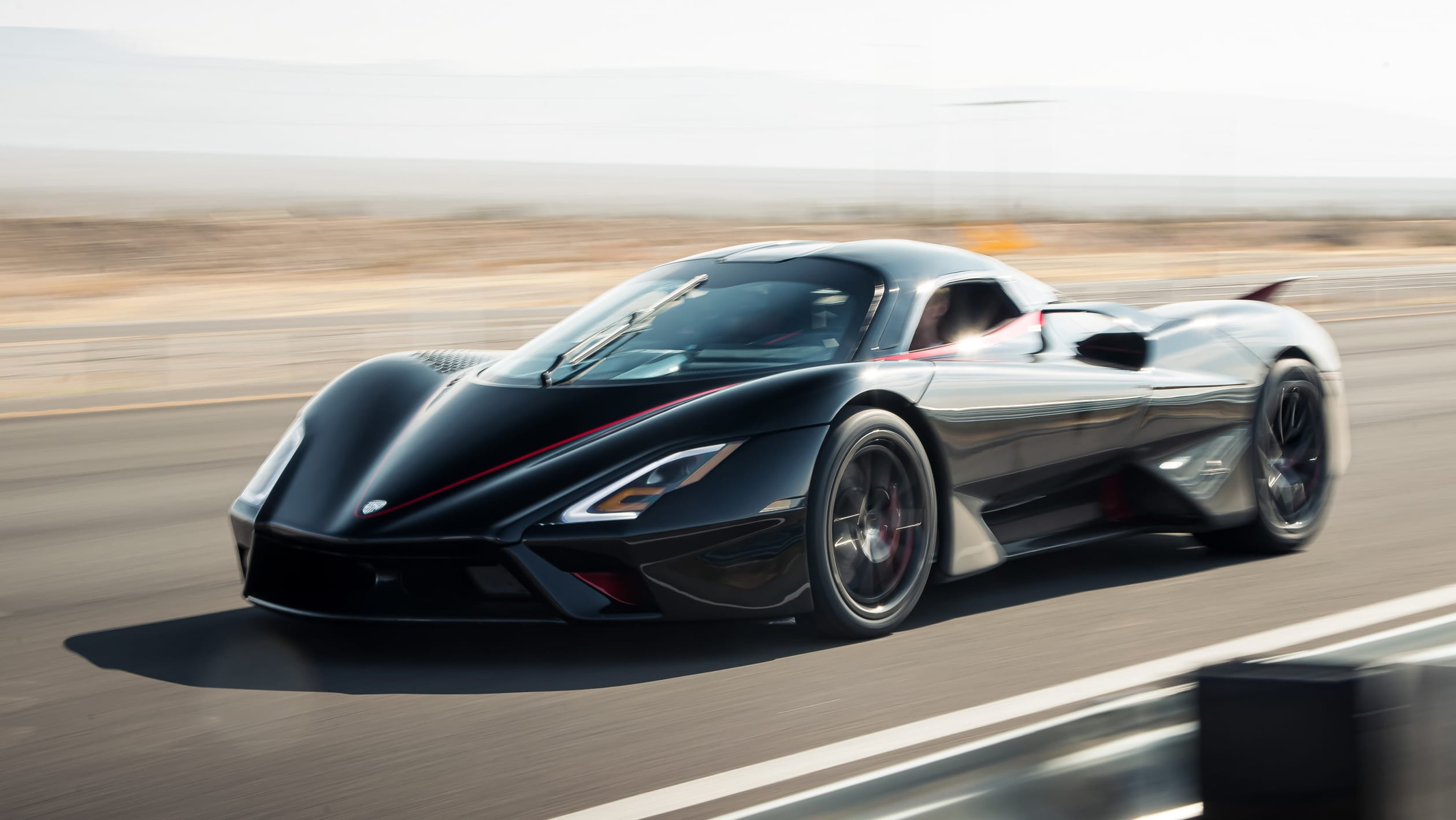 Jerod Shelby, CEO of SSC North America, said: “We took a different approach this time in accelerating the car to the higher speeds. Larry Caplin, who owns the car, used a ‘drag race’ style of acceleration during the record runs, pulling full throttle and boost for 40–50 seconds.

“Back in October we were leaning into the speed much slower and used only about 20–25 seconds of full throttle and boost during the run. The difference is impressive both performance and operation wise. Larry pulled off a run that was far more difficult, at least by a factor of four, than what we attempted in Nevada.” Late last year, SSC released a video which claimed the Tuatara set a two-way average speed of 316.11mph on a closed strip of state highway, just outside of Las Vegas, Nevada. The hypercar also reached a maximum claimed speed of 331.15mph (508.72km/h) during one of its runs.

However, after analysing the video footage – and applying a little mathematics relating to the car’s gearing and final drive ratio  – internet mathematicians soon debunked the claims, saying the true top speed of the Tuatara was around 250mph (402.33km/h). Jerod Shelby soon released a statement explaining that there had been a mix-up between the video and GPS data when the clip was edited together – and, to remedy the issue, the company will rerun the attempt in “the very near future.”

Shelby said that, after he and his team rewatched the raw video files from the attempt, they “were seeing the same doubts.” He continued, saying: “we were seeing different speeds for the very same run – and the more we looked and the more we tried to analyse, the more we were concerned there were doubts in the relationship between the video and the GPS.”

There was also some conjecture surrounding the GPS tracking company which SSC supposedly used to validate the Tuatara’s record attempt. At the time, SSC said it used 15 satellites and the Austrian company Dewetron to record the attempt – but Dewetron has since released a statement saying it had no official involvement in the record. Shelby again offered a solution in his statement, saying that the next attempt will be performed under the watchful eye of “multiple GPS companies” – with representatives from each brand on-site to make sure the attempt is recorded as accurately as possible.

It now remains to be seen whether the Tuatara’s second attempt will deliver a high enough top speed to claim the “world’s fastest” record from the Koenigsegg Agera RS, while discrediting the Bugatti Chiron SuperSport’s attempt with an officially sanctioned attempt. SSC first announced the Tuatara back in 2011, before unveiling a production-ready version at the 2018 Pebble Beach Concours d’Elegance. Since its conception, it was designed with one thing in mind – to break the 300mph barrier and crown itself as king of the hypercars.

Such a feat requires an immensely powerful engine – which the Tuatara has. It’s a 5.9-litre V8 with two turbochargers and a flat-plane crank, which pushes out 1305kW and 1,735Nm. And, unlike most über-powerful hypercars, such as the Bugatti Chiron or the Pininfarina Battista, the Tuatara also does without four-wheel-drive. All of its power is sent to the rear wheels only via a seven-speed dual-clutch automatic gearbox. However, the Tuatara isn’t a stereotypically American approach to performance motoring – it’s more than just a rocket motor strapped to a raft. Its body and chassis are hewn from carbon fibre and have a dry weight of 1,247kg. The hypercar also has a drag coefficient of just 0.279, which is less than both the Chiron and the Koenigsegg Agera.

The car that featured in SSC’s now defunct record attempt also rode on conventional Michelin Pilot Sport Cup 2 tyres and was powered by commercially available fuel. This was done to keep the car’s specs identical to the production model, in an attempt to make the record as credible as possible.