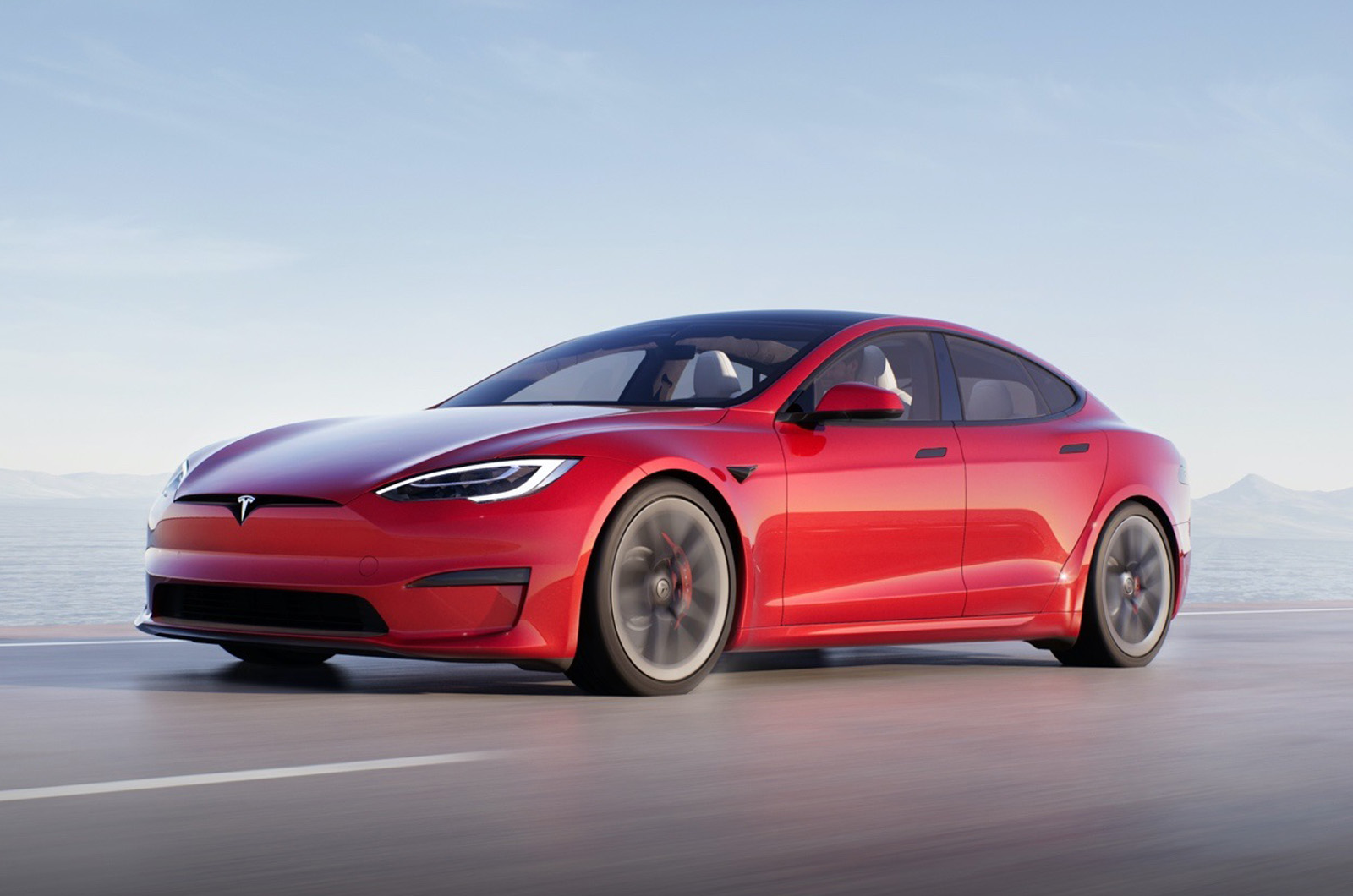 The Tesla Model S and Model X have received their most substantial updates since going on sale, ushering in a radical new-look interior and the long-awaited Plaid performance option.

The updates were previewed in Tesla’s fourth quarter earnings report, in which the company also revealed that it had delivered 180,750 cars in the last three months of 2020 – a production record for the company.

Headed for production in February ahead of an imminent US sales launch, the Model S and Model X Plaid take 750kW from a tri-motor electric powertrain, which in the Model S is good for a claimed 0-100km/h time of 1.99 seconds, making it the first production car to complete the sprint in less than two seconds, according to Elon Musk. The larger Model X Plaid needs 2.5 seconds to complete the 0-100km/h sprint, but that still gives it the “quickest acceleration of any SUV”. The Plaid powertrain is described by Tesla as ‘beyond ludicrous’, in reference to the Ludicrous Mode function that gives its cars stand-out acceleration capabilities.

The update also brings new battery technology for improved range and efficiency. Precise technical details are yet to be confirmed, but new thermal architecture gives faster charging and gives “more power and endurance in all conditions”. Inside, the two cars have been completely overhauled, with the old vertically oriented touchscreen making way for a new 17-inch widescreen unit that offers “exceptional responsiveness” and can be tilted from left to right to give easier access for passengers or drivers as needed. Perhaps most notable is the introduction of a new steering wheel design that’s seemingly modelled on those used to steer aircraft. Tesla calls it a “stalkless steering yoke,” having done away with the conventional drive mode and indicator stalks, relocating these controls to the large new central touchscreen. The car “guesses drive direction based on what obstacles it sees, context and nav map”, according to Musk, but this can be manually overrided. Software updates include the infotainment system being upgraded with a processing power of 10 teraflops, which means the Tesla Arcade gaming function is now comparable in terms of functionality with modern gaming consoles.

A 22-speaker, 960-watt audio system is equipped as standard and new microphones have been fitted to offer active noise-cancelling.

Deliveries of the new cars will get under way in 2022.

Jaguar is planning a new large all-electric SUV, which will sit at the top of its line-up, acting as an eco-friendly alternative to the Porsche Cayenne
Read more