Ares Design has turned the Tesla Model S into a convertible, removing the electric saloon’s roof and tweaking its exterior and interior designs.

The Italian coachbuilder carried out the conversion for a client who provided their own Model S.

To achieve the new look, Ares’ engineers cut away the roof and removed the rear doors and B-pillars to make room for longer front doors. They then installed a retractable fabric roof and enlarged the boot to accommodate a roof storage bay. The addition of new carbonfibre trim details rounds off the exterior changes.

Ares didn’t touch the Model S’s powertrain, which in entry-level guise produces 231kW and is capable of taking the car from 0-100km/h in less than 4.0sec. 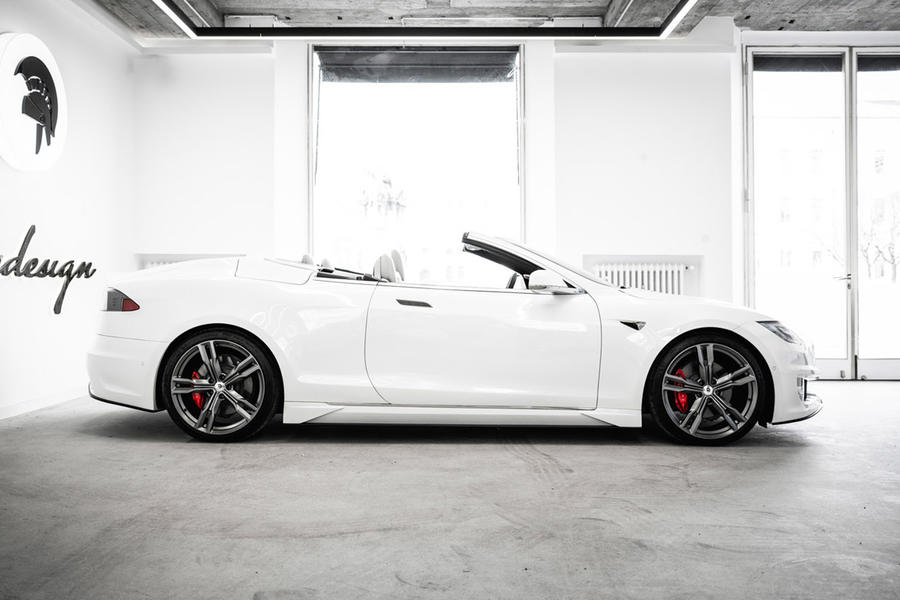 However, the engineers reinforced the chassis to compensate for the loss of the roof, particularly at the sides, beneath the cockpit and around the rear seats.

Inside, Ares fitted custom-made rear seats and decked out the entire interior in ice-white leather trim with orange detailing. Ares CEO Dany Bahar said: “At Ares, our co-create philosophy allows clients to work side by side with our designers and engineers to create their very own bespoke vehicle. This Tesla project is a superb example of this.” The Model S convertible is the latest of several high-profile conversions recently carried out by Ares. Last week, the firm revealed its take on the original Land Rover Defender, and last August it showed off the Panther ProgettoUno as a retro-inspired supercar based on the Lamborghini Huracán.