There are two ways of looking at an Aston Martin branded racing simulator that costs over AUD$100,000. The first is that you’d be mad to spend an amount of money that would buy a very nice sportscar on what is effectively a big toy. The second, which I’m veering towards after a couple of hours, is that if you did have the sort of scratch-any-itch liquidity the AMR-C01 is aimed at, that you’d be daft not to.

Because if you’re going to race virtually, this has to be the most stylish way to do so – a miniature carbon monocoque that can be painted to match your real life car, or just your soft furnishings. A significant number of customers clearly agree, with Curv racing simulators near Banbury having sold a substantial number of the 150-run already, with one of the examples in the assembly room when I visited set to be dispatched to Peru.

Curv was founded by Darren Turner, whose success as an Aston works racer – including three class wins at Le Mans – has run alongside a parallel career in the world of high-end simulators. This began back in 1998 when, as a McLaren F1 tester, he was one of the first drivers of the company’s pioneering simulator. More recently he was one of the founders of Base Performance Simulators, which makes professional grade rigs commonly used for driver training. Curv is his new company, aimed at the luxury market, and this is its first product, the AMR-C01 developed with Aston. 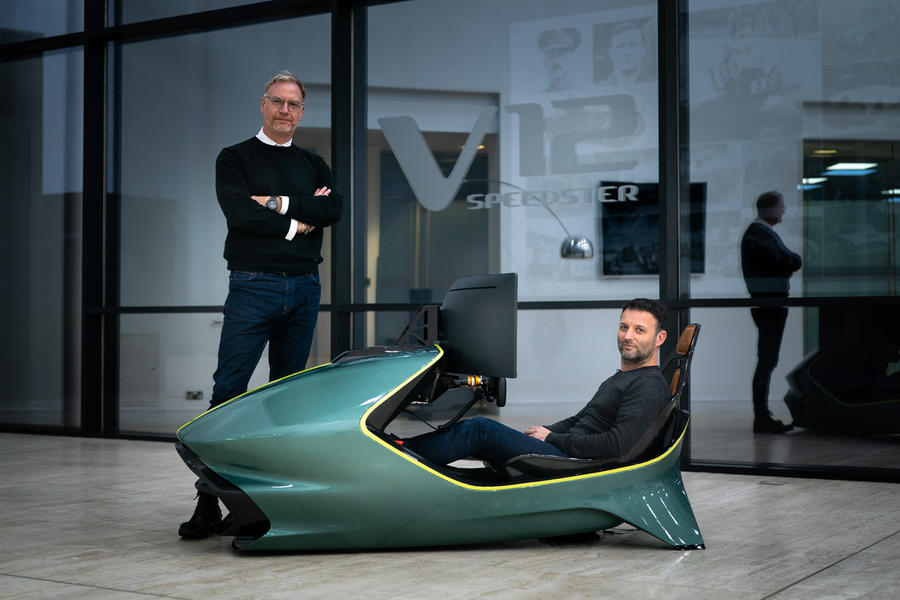 This was created under the personal supervision of Marek Reichmann, Aston’s creative director. It features a carbonfibre monocoque with a lightweight bucket seat and a knees-up seating position inspired by that of the Aston Martin Valkyrie. There’s an Aston style carbon grille at the front, this effectively hiding the computer hardware that does the hard work. The pedal box is motorized and the seat can also be moved on runners: Reichmann’s 6-foot-4 frame came in handy in ensuring the rig can be sized for everyone from a 10 year-old child to a 98th percentile man. The details are as beautiful as you would expect given the seriousness of the price tag. The pedals are milled from billet aluminium, and the inner workings beneath the carbonfibre cover are as beautiful as the outside. Adjustable rubbers allow the brake pedal weight and feel to be adjusted for preference; the throttle travel and springing can also be tweaked. The carbon-faced yoke steering wheel has been custom designed for the rig and features both gearshift and clutch paddles and a selection of controls chosen to integrate with different sim software. This is connected to a motor capable of generating up to 9.5Nm of torque to fight against. Other digital hardware includes a curved 49-inch monitor and, stowed away, a gaming PC that uses top-spec Intel i7 CPU and Nvidia graphics card. The AMR-C01 comes with Assetto Corsa pre loaded, but buyers will be able to use alternatives like rFactor 2 or the popular iRacer. Turner says the choice has been left deliberately agnostic: “Most buyers are likely to use more than one depending on what they want to race, or who they want to race against.” Today I’ll be experiencing Astons, of course. Turner starts me off in a Vantage GT3 and invites me to choose a track. I opt to start at the deep end with the Nürburgring Nordschleife, on the basis of having experienced it in the real and virtual worlds, but also because I know Turner has raced there numerous times, so I can get some tips. The AMR-C01 feels slicker and more natural than the Red Bull Racing F1 simulator I got to experience a virtual Valkyrie on in 2019, the steering heavy and real-feeling, with convincing messages through the pedals, too. Unlike the pro-grade system there is no sense of motion beyond that imparted by the screen, but the impression is convincing and it doesn’t take long before I’m starting to really get into it, especially with novelty of a works driver adding tips on line and braking point. The Vantage’s traction seems too good – I’m getting away with throttle applications I know I wouldn’t in Forza 7 – but Turner confirms it does replicate the level of grip I’d experience in a slick-shod car on a dry Nordschleife. He knows better than I do.

There’s also time for a briefer run in the Valkyrie on the Nürburgring GP circuit, where it makes the GT3 feel like a set of training wheels. Performance is ridiculous, and although modelled road tyres mean there is less low speed grip – proved by some spectacular oversteer – the sense of high-speed aerodynamic assistance is also convincing, especially when taking the high-speed Hatzenbachbogen right hander flat-out. 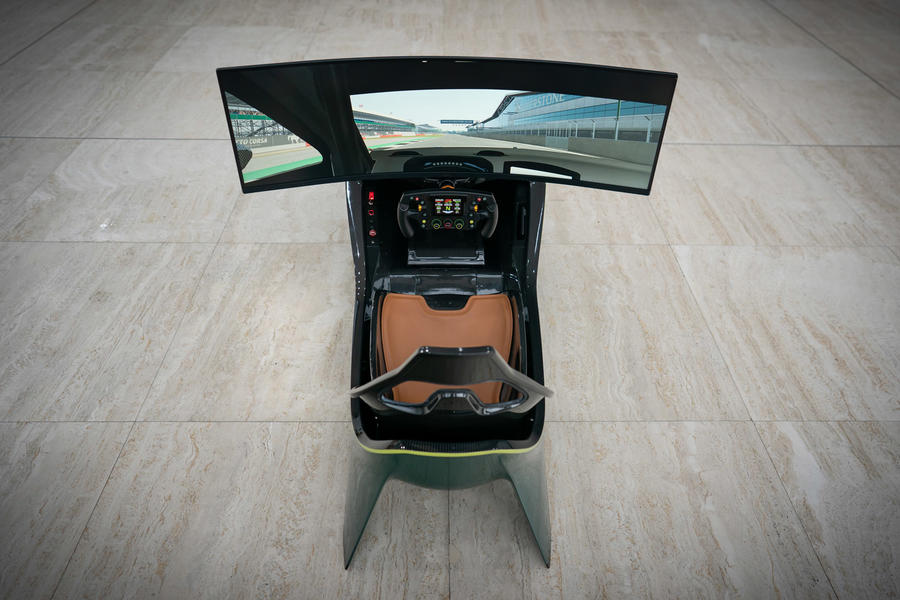 Even before COVID, the popularity of virtual racing was increasing dramatically, from challenge-your-mates to professional-grade eSports competitions. You could buy a set-up that would enable you to compete properly for vastly less than this – some of the sharp-end pro gamers spend less than AUD$4,000 on their rigs. But nothing is going to look as nice as the AMR-C01.