The Alpine Ravage is a one-off rally-inspired A110 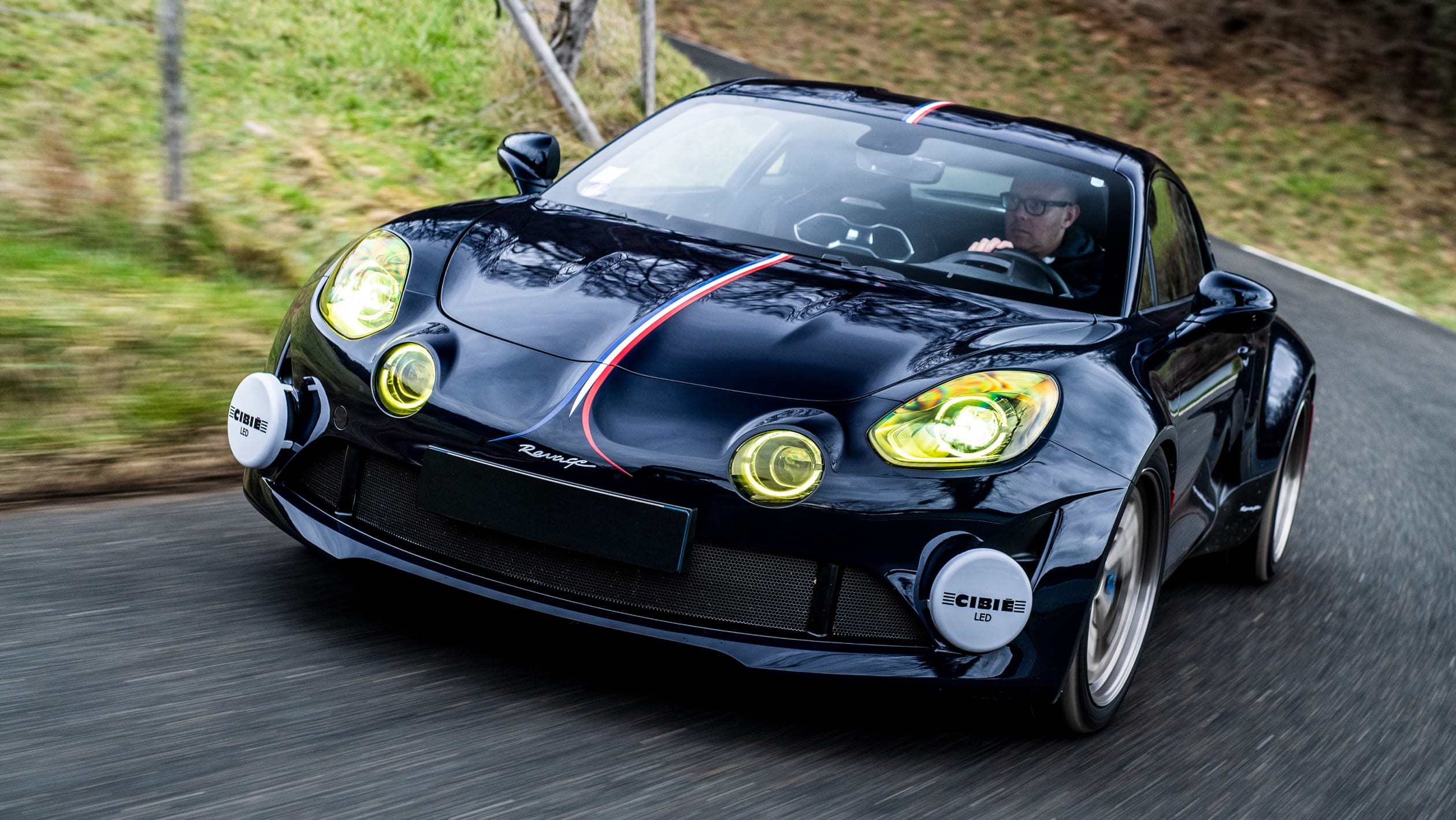 Alpine is no stranger to the rally stage, with the original A110 having achieved outright victory in the very first 1971 Monte Carlo Rally and its modern counterpart launched in rally-form in 2019. Now, engineering company Ravage has created a bespoke Group B-inspired take on the road-going sports car, channeling that enviable rally heritage.

Based on the A110 Premiere Edition, the project is the brainchild of its owner and so far a one-off. Yet Alpine Ravage has confirmed that if there’s enough demand it would consider producing a limited run for customers – something we could certainly get behind…

Unlike the rally monsters it pays homage to, the Alpine Ravage hasn’t been fitted with a fire breathing, antilag-equipped power unit. Instead, the A110’s Renault Sport 1.8-litre turbocharged four-cylinder produces the same 185kW and 320Nm as it does from the factory, enough for a 4.5sec 0-100km/h time and 250km/h top speed. The firm has looked into possible powertrain modifications though, suggesting that up to 235kW and 350Nm are realistic upgrades – not hard to believe with the A110S and competition-spec A110 Rally with figures not too far off those. Despite an increase in width and the addition of a number of cosmetic modifications, weight is unchanged thanks to a careful choice of materials. Its redesigned rear arches and bumper section are produced in carbonfibre and aluminium after having gone through a full CAD and clay modelling process. Also new to the rear is a straight-through exhaust system, exposed beneath the rear bumper just like the Lancia Delta S4 – something that can also be specified in titanium. There’s also a set of bespoke  forged three-piece 18-inch wheels inspired by the Gotti wheels found on original Alpine rally cars. Red mudflaps fitted at each corner also provide contrast to its dark blue paintwork. The front has received its own attention, with yellow-tinted headlights, CIBIE long-range LED spotlights bolted either side of the bumper and a subtle stripe applied down the centre in the colours of the French flag. While these visual modifications are unlikely to provide any improvements in performance, the swollen rear arches have allowed the fitment of wider, stickier Michelin Cup 2 tyres (265-section rear, 225-section front) that will improve stability and traction. Ravage revealed that the project cost its buyer in the region of AUD$180,000.