Scientists believe that massless energy storage, whereby the car’s body acts as a battery, could reduce the weight of an EV by 50%

The weight of lithium ion battery packs is one of the major drawbacks of electric vehicle technology, not just dynamically but also because lugging more weight around uses more energy. Since EVs are all about sustainability, that’s counterproductive. But what if the conventional battery could be ditched and replaced with an electrical storage battery technology that could be integrated into the car’s structural components and therefore add no additional weight to the car at all?

The Swedes’ idea harks back to 1960s grand prix racing, when BRM and Lotus first used engine and transmissions as a structural part of the chassis, saving the weight of a traditional spaceframe. Massless energy storage is a modern equivalent, integrating lithium ion electrochemistry into a structural material from which a car can be made: carbonfibre composite.

Existing lithium ion batteries have carbon negative electrodes (anodes) and metal-oxide positive electrodes (cathodes), both of which can absorb lithium ions as they migrate from one to the other through an electrolyte during charge and discharge.

The Swedish research project, which started back in 2007, has yielded a method of using carbonfibres to form an anode, with a cathode made from iron-phosphate-coated aluminium foil, separated by a glassfibre fabric in an electrolyte mix. A new concept replaces the foil with carbonfibre for the positive electrode and combines it with a thinner separator, therefore producing a stiffer energy-storage material that has the strength of aluminium but is lighter.

The research initially focused on the microstructure of carbonfibre. The scientists discovered that fibres with small and poorly oriented crystals have lower stiffness than fibres with large, well-oriented crystals but have good electrochemical properties, making them suitable anode and cathode material. The structural carbonfibre market is focused more on high-grade aircraft-spec material, but the slight decrease in stiffness isn’t a problem for use in cars.

The question then would be how much of the material could be incorporated into a car’s structure and how the trade-off between reduced weight and lower energy density would work out. Those working on the project hope that the energy density of the second-stage version with a carbonfibre anode and cathode could get as much as 75Wh per kg.

Although it’s early days and cost will also inevitably be a challenge, the potential for incorporating a material into a car’s structure that isn’t only able to store energy to power the traction motor but also to power auxiliary equipment such as the heating, lights and air-con or to store energy recovered by regenerative braking is clear.

The material might also prove to be a good fit with evolving EV architectures, which could be designed from the start with massless energy storage in mind. 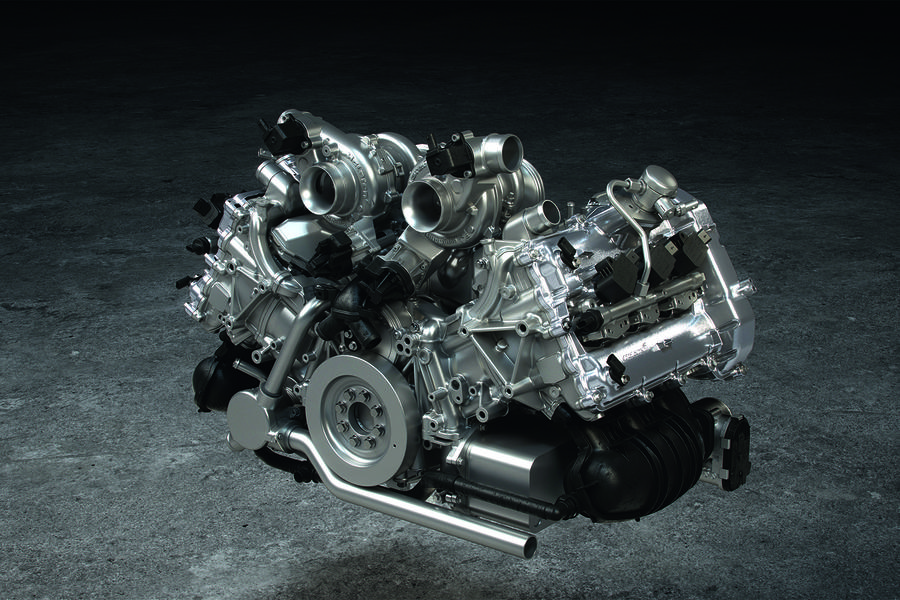 The plug-in hybrid powertrain of McLaren’s new Artura has some novel features. The vee of the M630 V6 is flattened to 120deg, compared with the usual 60deg of most such engines, with the resultant reduced height lowering the car’s centre of gravity. The configuration gives plenty of room for hot-vee packaging, with turbochargers mounted in the vee rather than either side, while the exhaust system design improves performance by reducing pressure losses.