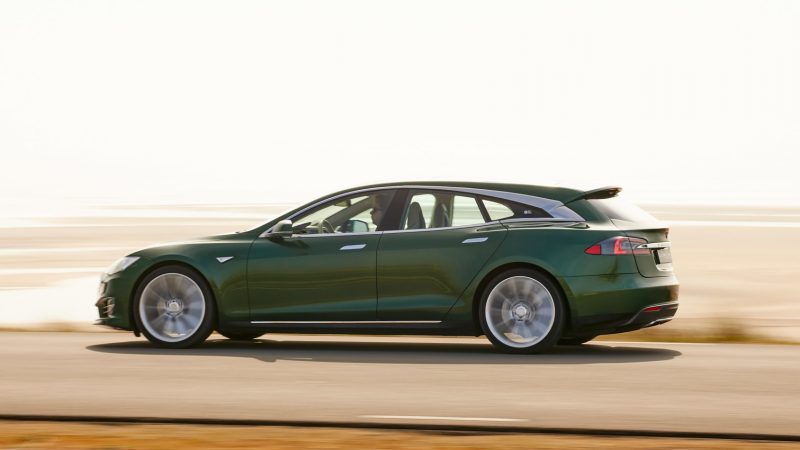 Just a couple of years after its launch, this bespoke Tesla Model S Shooting Brake has already been listed on the market.

Launched in 2018 at a Concours d’Elegance event in the Netherlands, Niels van Roij Design’s Model S Shooting Brake caught the internet by surprise. Just two years on, the one-off model is now up for sale, and should you be interested, you’ll need a substantial wallet…

Now responsible for what was once the Range Rover Coupe, and having created a handful of bespoke shooting brake machines, one of Niels van Roij Design’s first projects was the Model S Shooting Brake. Over 100 designs were initially put forward before the customer settled on ‘Bold Chrome’, a version boasting a large strip of handcrafted chromed steel at the rear.

RemetzCar was chosen for its assembly, a company that had previously created a Tesla Model S Hearse, a six-wheeled Range Rover and even the bespoke Audi A8L for King Willem-Alexander of the Netherlands. Under its bespoke aluminium skin is a 2013 Model S 85 Performance, sending 310kW to the ground for a 0-100km/h time of around 4.4sec and a 210km/h top speed. In order to help it blend in with today’s Tesla offerings, it has been fitted with a 2016 facelift front bumper. Supercharging hardware, 21-inch Turbine wheels, a factory panoramic sunroof and more, are all also fitted.

Keeping cost low wasn’t high on the agenda during its development, and so unlike many bespoke models, this car features ‘better than factory’ build quality. The cabin is completely reupholstered, with the steering wheel retrimmed to match the seats, green piping added throughout, and even the British Racing Green exterior colour featuring in the glove box. This does all come at a price, however. Coming in at an eye-watering €224,521 (approx. AUD$378,000) for EU buyers, the same money would afford you a new shooting brake from Maranello. Should you be looking for something a little different, and very exclusive, though, this might be one for you. 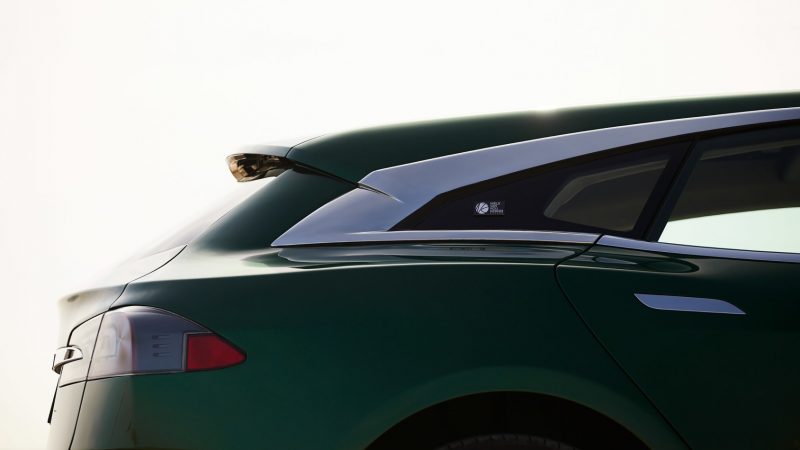