Toyota GR Corolla officially revealed and due in Australia in 2022.

Toyota Australia confirmed the model will launch here this year: “Scheduled to arrive locally in the final quarter of 2022, GR Corolla will be the fourth GR sports-car model to be launched in Australia, joining the GR Supra, GR Yaris and the upcoming GR86,” it said today in a media statement.

Specification and details are yet to be announced locally, but here is what we know from the model’s international debut.

The GR Corolla’s ‘G16E-GTS’ engine is good for 220kW, up from 192kW in the GR Yaris. This is much more than a previous teaser seemed to hint at, and although we don’t have performance figures yet, this output should be enough to give the heavier Corolla 0-100km/h bragging rights over its smaller sibling. The torque meanwhile stands at 370Nm. Another unexpected feature is a six-speed manual transmission with a rev-matching feature. It had been thought that the GR Corolla could be automatic only.

This transmission feeds a GR-Four-branded all-wheel drive system which does without a centre differential. Instead, it uses a clutch pack between the prop shaft and rear differential. Go for the Circuit Edition, and Torsen limited-slip differentials go in front and rear as standard. 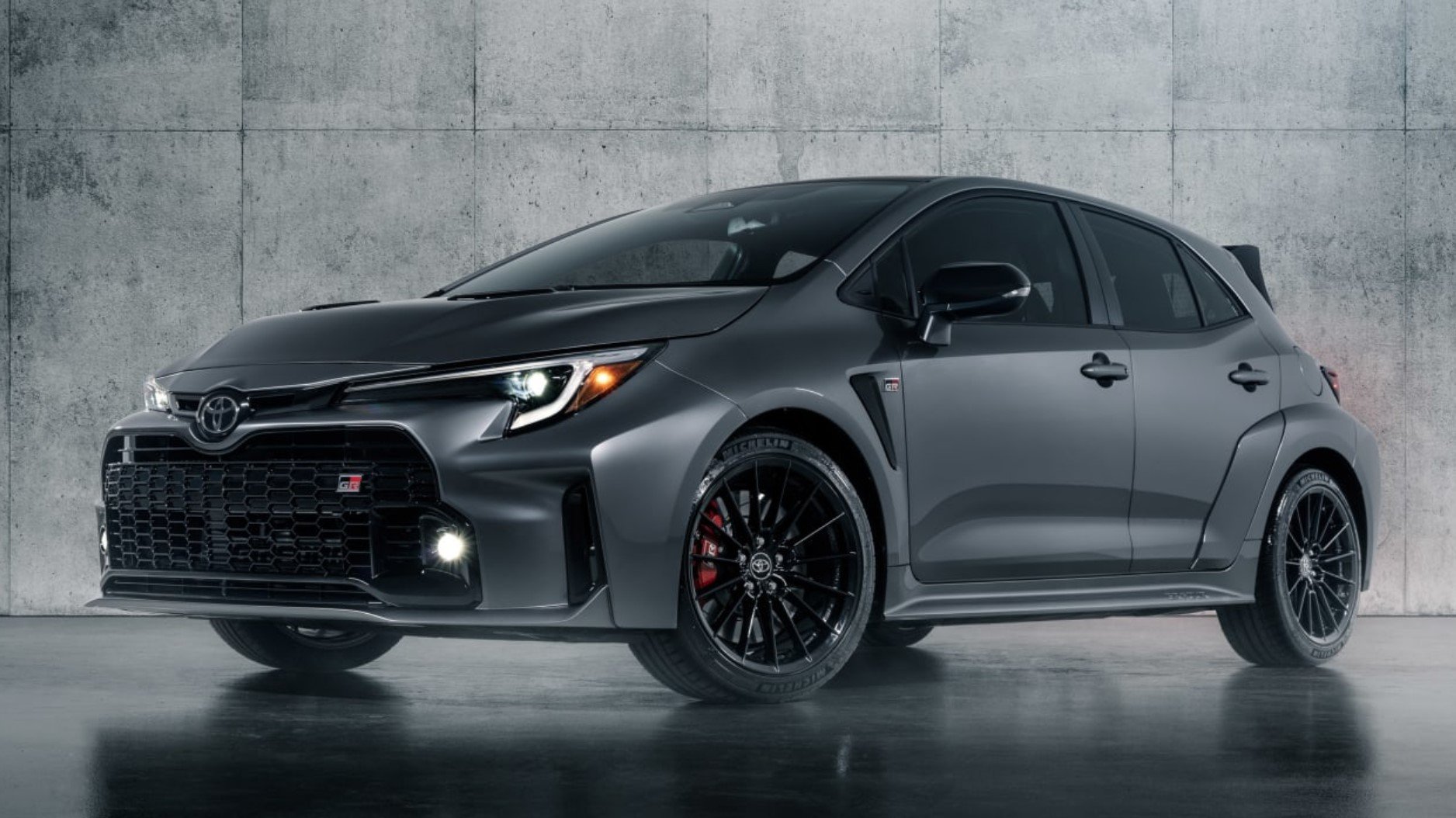 Along with the LSDs (available on the Core grade car as part of the Performance Package), the Circuit Edition comes with a forged carbon fibre roof, a vented bonnet, a different rear spoiler, suede-trimmed seats and a gear shift knob signed by ‘Morizo’ – the driving persona of Toyota CEO Akio Toyoda. It’ll only be available during the GR Corolla’s launch year. The bodywork features widened front and rear wheel arches, with 18-inch multispoke wheels wrapped in 235mm-wide Michelin Pilot Sport 4 tyres going in at each corner. There’s a much larger grille opening at the front than what’s seen on a standard Corolla, flanked by big ducts. The most unusual feature is at the rear – a triple exhaust with a different-shaped central exit. This design, intended to reduce back-pressure, is key to the G16E-GTS engine’s power increase, Toyota says.

Along with the wider tyres, the GR Corolla gets retuned springs, dampers and anti-roll bars. Slowing things down are four-piston calipers at the front with 355mm slotted discs, with two piston calipers and 300mm rotors at the rear. There’s not been a high-performance Toyota Corolla since the T-Sport of the early 2000s, which delivered 141kW from its supercharged 1.8-litre engine, so the promise of a new GR Corolla is a bold move from Toyota, especially given its direct rivals in the USA will range from the Volkswagen Golf R to the new Honda Civic Type R.