Toyota entered a GR Yaris with an automatic in its Gazoo Racing Rally Challenge, hinting at a new transmission for a GR production road car.

Toyota is trialling an eight-speed automatic gearbox for its wild, motorsport-inspired GR Yaris hot hatchback, which made its first public appearance at Toyota’s Gazoo Rally Racing Challenge in Japan.

Currently a prototype only, the automatic Yaris was driven in the Toyota-organised competition by Vice Chairman of the Board of Directors, Shigeru Hayakawa. Speaking to Japanese publication Car Watch, Hayakawa said: “I’m told that it’s okay to break it. I’ve already broken it once!”. Few details about the car have been confirmed, but the front grille has been altered with a view to possibly providing extra airflow to a transmission oil cooler. It’s also understood that the gearbox is a torque converter unit rather than a twin-clutch type, with sources suggesting it has been tuned for fast and smooth shifts that don’t compromise efficiency.

This car also featured rallying tweaks, such as lightweight wheels, gravel tyres along and flaps. Under the bonnet it’s likely to retain the production car’s 192kW 1.6-litre turbocharged three-cylinder engine. 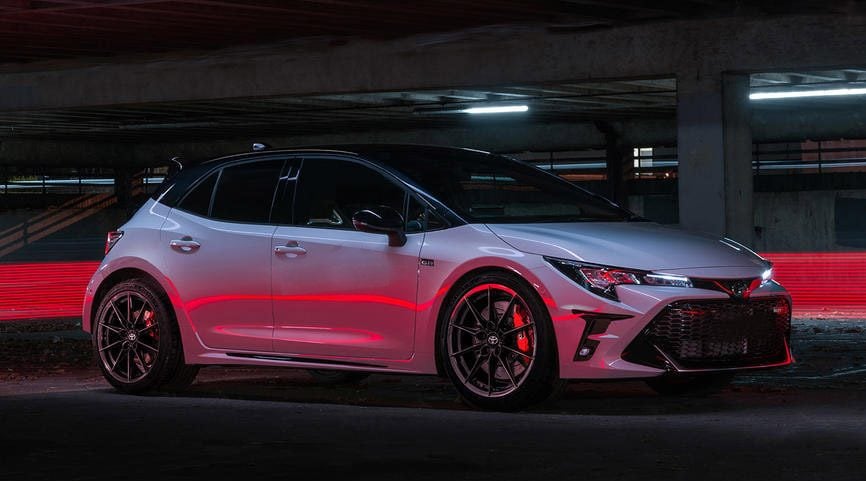 Inside, the car remains standard apart from an automatic transmission selector lifted from the Toyota parts bin, plus some paddle shifters for the steering wheel.

If Toyota does offer the GR Yaris with both manual and automatic transmissions, it could pave the way for the upcoming GR Corolla to potentially be available with both. Or the Yaris could be acting as a testbed for the Corolla’s new transmission.

Automotive Daily questioned Toyota on the likelihood of an automatic GR Yaris reaching the market over here, but the brand declined to comment.