A Toyota concept at next month’s Shanghai motor show will preview an upcoming electric SUV, kick-starting what will be a fast-expanding range of electric vehicles.

The as-yet-unnamed model will be similar in size to today’s RAV4, although as a dedicated BEV on a dedicated architecture it’s set to take a new name. Toyota says the SUV has been tailored specifically for the European market and will be built at its dedicated zero-emissions factory in Japan.

The SUV will be the first of six BEVs planned to use the new e-TNGA platform that Toyota has co-developed with Subaru. This architecture is designed to be highly adaptable and can be used for vehicles of differing length and wheelbase. It can also be used for front, rear and four-wheel drive powertrains by allowing for motors across both axles, and with a wide range of battery capacities.

Toyota also claims that learnings from its hybrids will allow it to increase both range and battery lifespan.

Toyota’s European product development boss, Andrea Carlucci, said the new car will be “very European in the DNA and design.” He explained that a RAV4-sized SUV was chosen for Toyota’s first BEV because “the car will be a global model, and it offers the best balance to out together the needs of all regions.” He added: “It’s quite obvious that there’s volume in more compact models, and this is where we will look in the future with other models for the European market.” 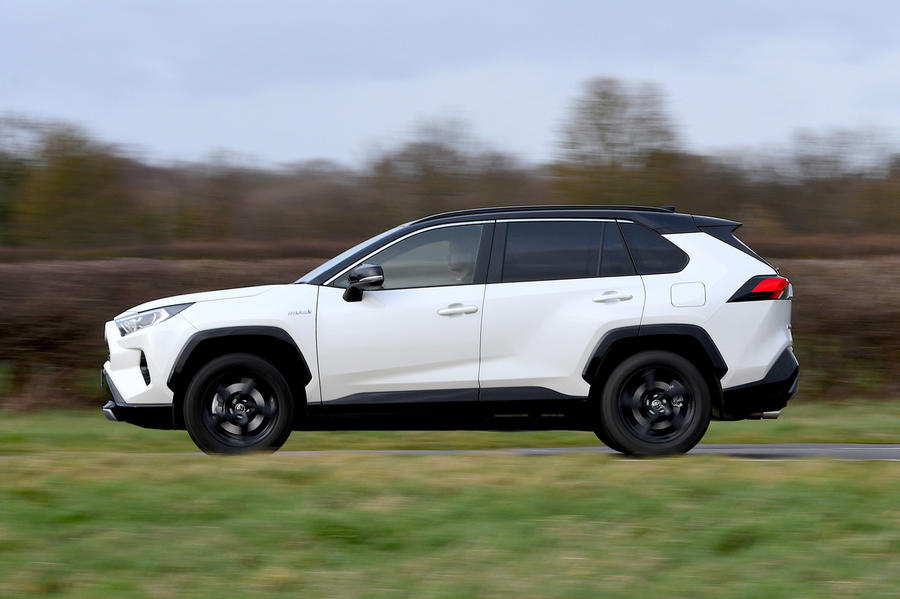 Toyota has previously said that other models planned for the e-TNGA platform will include a compact SUV that it’s developing with Suzuki, a crossover, a large SUV, a saloon and an MPV. Toyota is also investing in solid-state battery research and has said that it plans to launch a “mass-produced” BEV using this transformative technology “in the first half of the 2020s”.

As well as the new electric SUV, Toyota will also launch BEV versions of its Proace and Proace City vans in 2021. While the arrival of e-TNGA-based models will quickly flesh out Toyota’s BEV offering, the firm remains committed to offering a range of electrified options, with hybrid, plug-in hybrid and hydrogen fuel cell models. It aims to be selling 5.5 million electrified cars per year by 2025.

In Europe, Toyota is planning to launch more than 60 new or updated electrified models by 2025. By that date, it expects more than 70% of its sales to be of hybrid models, with PHEVs, BEVs and FCEVs accounting for slightly more than 10% each. How important is the new e-TNGA EV to Toyota?

“The ambition we set until 2025 is achieving 400,000-plus sales growth in Europe, so the EV isn’t a huge contributor to that growth. In 2025, around 70% of our volume will be hybrid, with 20% plug-in and zero-emission vehicles. But the e-TNGA vehicles are certainly very important for our future and from 2025 to 2030 will create more of a volume contribution.”

“The six BEVs the ZEV factory is working on are on an optimised, dedicated platform and will be, let’s say, new names. As the full electrification mix grows, there will be some need to relook at local model names and understand how to offer accessible offerings.”

Is Toyota spreading itself by committing to hybrids, PHEVs, BEVs and FCEVs?

“We have a firm opinion that it’s our job to bring all these technologies to market and the customer will decide in each region which is the right technology for them. As it stands today, full-electric is expensive, so it needs scale and the technology needs to be improved. The question is how quickly that transformation takes place. In Europe and in China we’re seeing very fast acceleration. Hybrid is still expected to grow by 600% globally, and that’s a bigger opportunity for the company in the shorter term.”