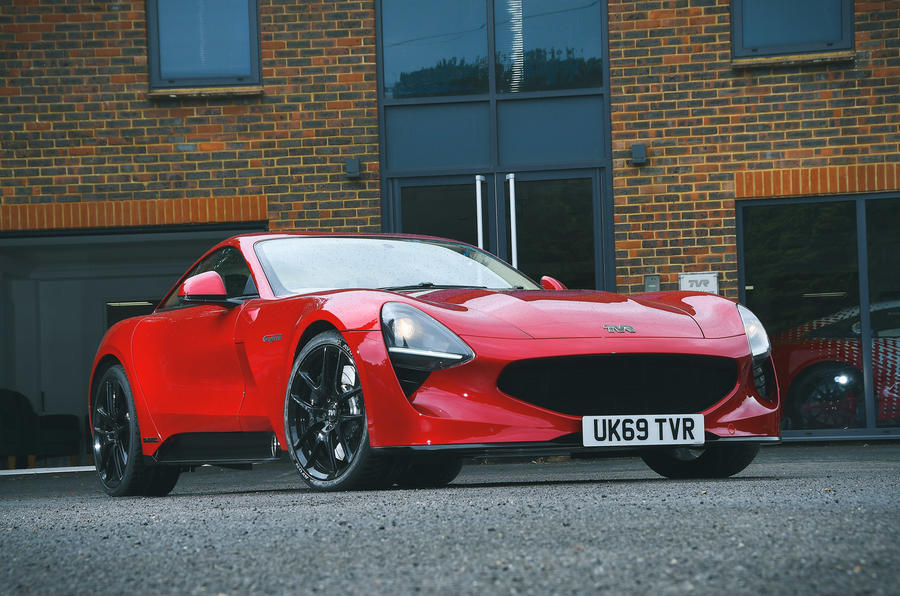 Sports car maker TVR has announced a joint venture with a lithium mining company, Enscorcia Metals Corporation, which it says will both help fund production of the forthcoming V8-powered Griffith and “ensure the supply chain for TVR’s future battery requirements”.

Enscorcia describes itself as a lithium innovator, mining ‘green’ lithium in South America by a patented, environmentally considerate brine extraction process, and processing the materials in Europe and North America.

Chairman Daniel Layton said the TVR deal is the result of “a tight synergy and alignment” between the two companies and future electric TVRs will be “among the most exciting EVs in the market”.

TVR boss Les Edgar has confirmed that the company is already working on future electrified models, as well as developing the existing car beyond the Griffith launch edition already revealed. He said the Enscorcia deal “is a hugely important element in ensuring that TVR will become a sustainable, net-zero business.”

Meanwhile, TVR said it is on schedule to move into its new, extensively refurbished production base in the first quarter of next year.

The new factory – which will be the first in the world to adopt designer Gordon Murray’s i-Stream lean manufacturing process and is part-funded by the Welsh government – is likely to need an 18-month fit-out, but TVR bosses say production development of the cars themselves is proceeding in parallel.

TVR has yet to announce an official launch date, but the first Griffith V8 production cars are likely to reach their owners before the end of 2023.