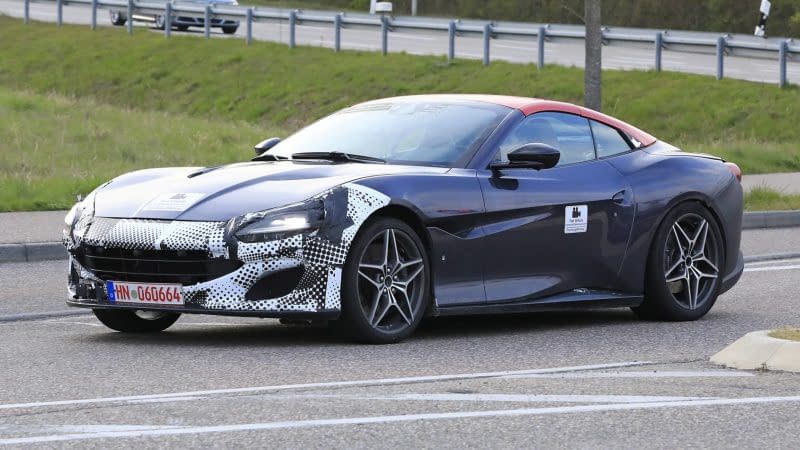 Ferrari has been spied testing an updated version of the Portofinio, its entry-level 2+2 cabriolet. The updates should bring the Portofino, which first appeared in 2017, up to date with the new Ferrari Roma, its striking new coupe cousin that was revealed last year.

Both the Roma and current Portofino are powered by Ferrari’s F154 3.9-litre twin-turbocharged V8 engine and we suspect this new Portofino will be no different, but while the current model produces 441kW, this new model will likely grow in power to either match or at least get closer to the 456kW Roma.

The extra power in the Roma has, in part, come courtesy of a more precise timing system for the two turbochargers, both of which are now pressure controlled independently like they are on the F8 Tributo and 488 Pista. This comes despite the Roma’s new particulate filters and exhaust system that’s been designed to clean up the V8’s emissions. 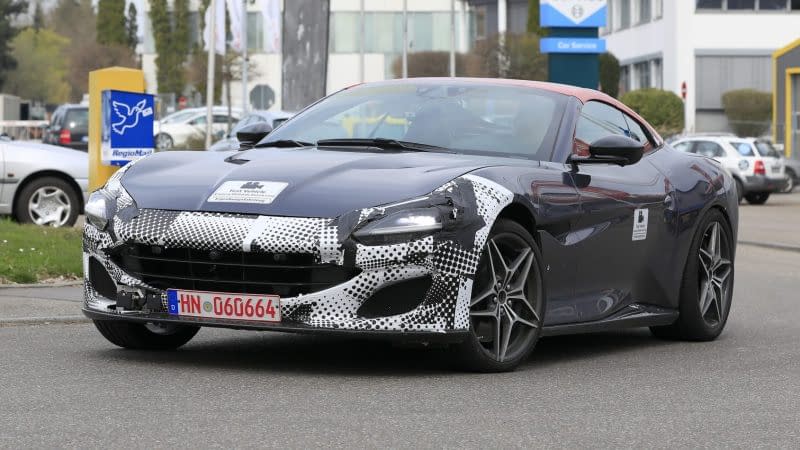 The other key difference between the current Portofino and Roma is the use of a new eight-speed dual-clutch transmission, one that again we suspect will be brought across to the updated Portofino. It will be a transaxle ’box driving the rear wheels via an electronically controlled e-diff, but the GT stance of the Portofino will govern its tuning. 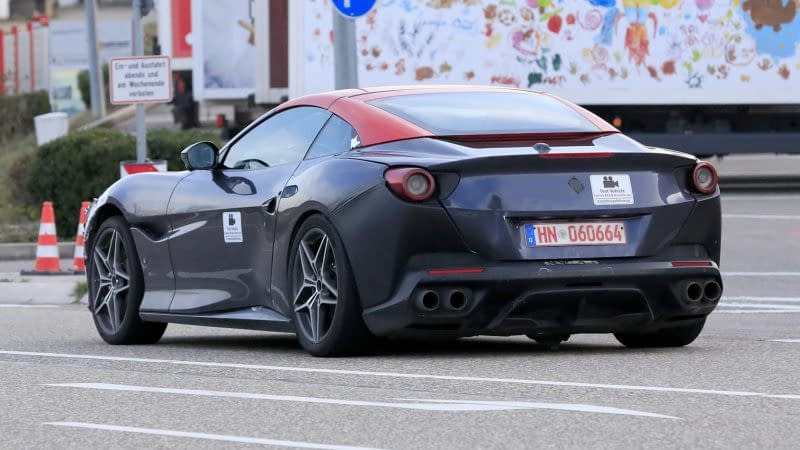 The Portofino’s styling will also take cues from the new Roma, but the basic body-in-white should remain the same, still drawing on the folding hard-top package the original California introduced when it first arrived in 2007. 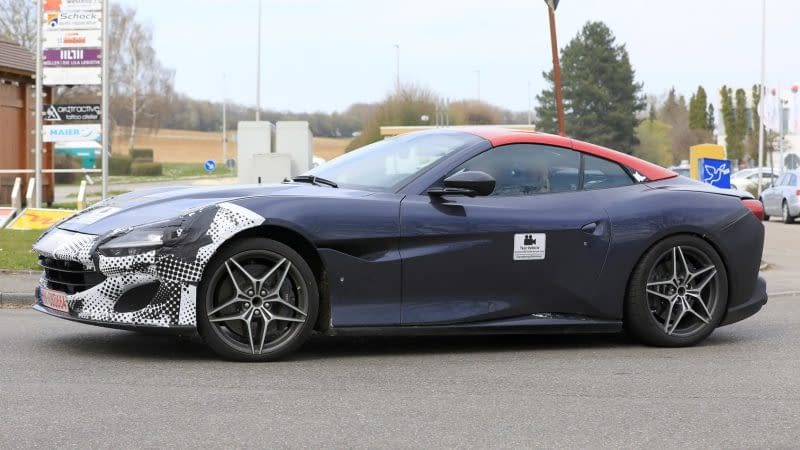 The interior is also a generation behind that of the new Roma, so it remains to be seen whether Ferrari will utilise the newer dash layout, or continue with the Portofino’s generation-old interior architecture.

Regardless, Ferrari’s year might have been initially stalled (as with all manufacturers) due to the challenges faced in early 2020, but the second half of the year looks set to be a busy time, with both the SF90 Stradale, Roma and now this new Portofino restlessly waiting to be driven.