Porsche will soon give the Macan a subtle tweak in an effort to keep the SUV competitive with the likes of the Alfa Romeo Stelvio Quadrifoglio and Jaguar F-Pace.

The production model is expected to break cover this summer, although updates appear to be minor as Porsche’s engineers haven’t bothered to camouflage the SUV with the usual pre-production wrap.

At the front, there’s a fresh radiator grille which skirts around the SUV’s front sensors and a tweaked splitter with a slightly different intake, while changes at the rear of the car include the diffuser-esque valance being swapped for a smooth panel. We expect Porsche’s revisions to the Macan’s interior will be equally modest stretching to some upholstery upgrades and fresh trim for the dashboard. The current car’s 10.9-inch infotainment system will likely remain across the update, albeit with some revised software.

The entry-level Macan will still use the same 180kW 2.0-litre four-cylinder petrol engine found in the Volkswagen Golf GTI, while the Macan S will feature a 260kW 3.0-litre V6. 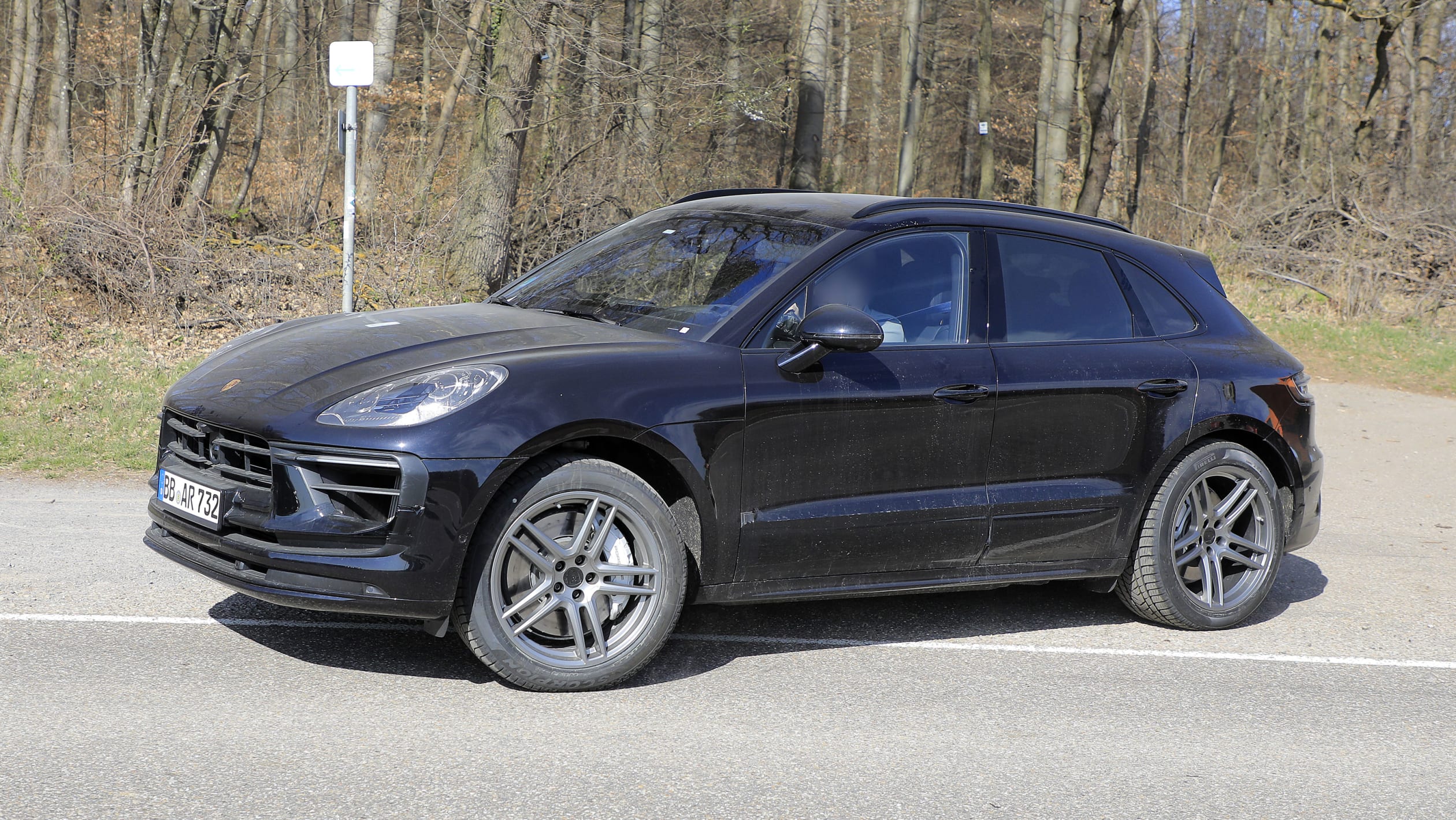 The hard-edged Macan GTS and range-topping Macan Turbo will both be powered by a 2.9-litre V6 engine, with the former generating 280kW and the latter 324kW. The most potent version of the SUV offers a 0–100km/h time of 4.3 seconds, when equipped with Porsche’s optional Sport Chrono package.

This is the Macan’s seventh year in production and, while the compact SUV is still a hugely profitable model for Porsche, the current car is starting to get a little long in the tooth. Generally, seven years is the cut-off point for most modern cars, after which they’re replaced by a new model. Porsche has already announced it plans to launch a pure-electric replacement for the Macan next year, but the company’s executive board member for R&D, Dr Michael Steiner, has previously told us that the petrol powered car and the EV will be sold alongside one another for the first few years of the EV’s production.

But, judging by Steiner’s comments, Porsche remains ready to axe the petrol Macan if customer demand isn’t met. He said: “For a few years, the internal-combustion-engined Macan of today will be sold in parallel with the new fully electric car. And it depends on the market demand all around the world how long we will have both.” So, it seems Porsche won’t throw vast amounts of money at developing a next-generation version of the Macan if its current life-cycle is entirely dependent on sales figures. As such, we can probably expect a steady stream of updates for the Macan every couple of years, until Porsche decides the car is no longer profitable and throws its full weight behind the EV’s production line. This is the third time Porsche has tweaked the Macan in the past seven years. The most recent update being in 2019, which added a fresh infotainment system, new connected services and an updated chassis setup, as well as some light cosmetic revisions.

Porsche Macan to receive facelift for 2021

Porsche Macan review – the SUV that wants to be...