Updated VW Tiguan Allspace to be revealed on 12 May 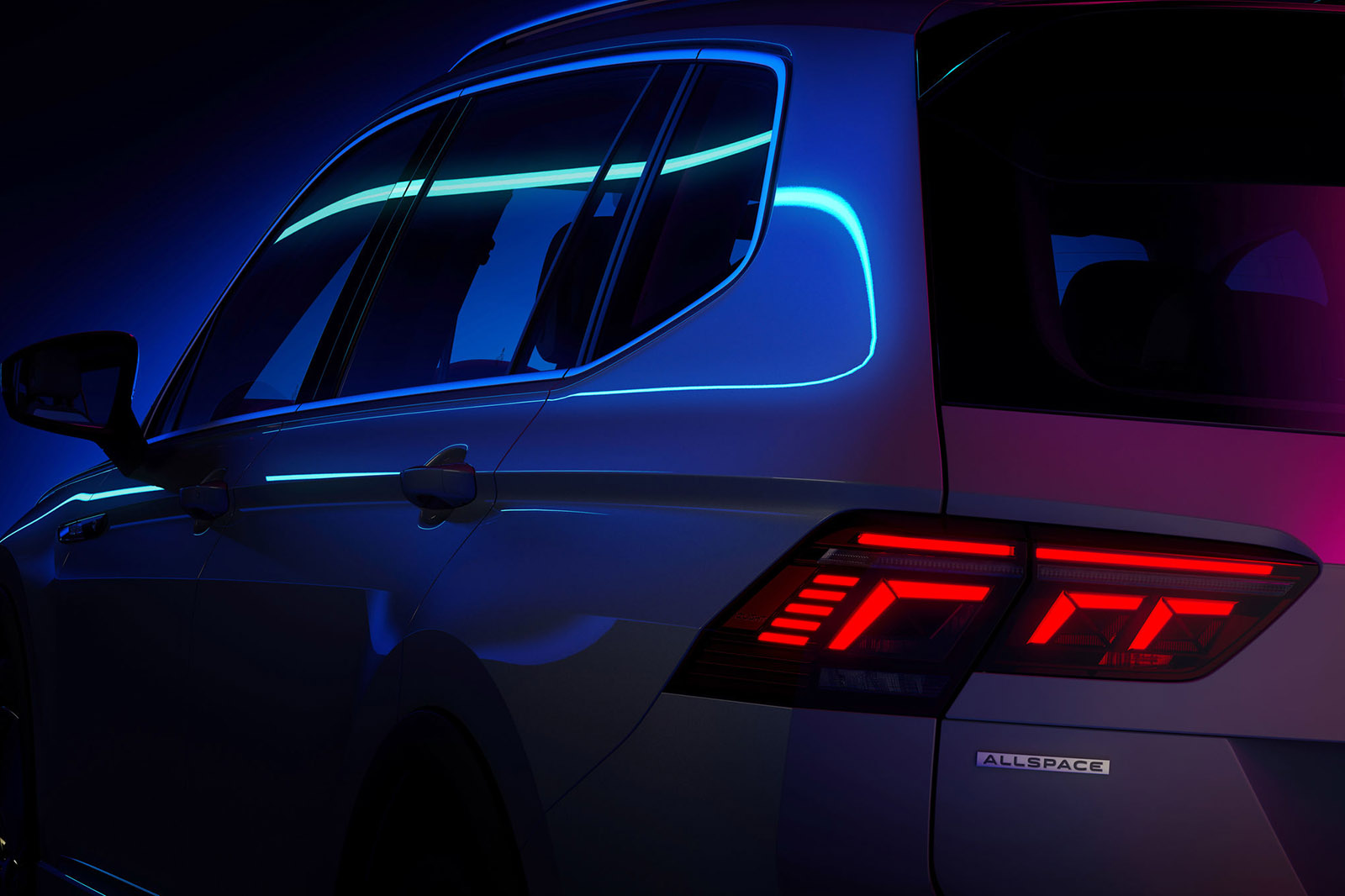 Volkswagen is gearing up for the launch of the updated Tiguan Allspace, which will gain an exterior redesign and new driver assistance and infotainment systems.

Set to be revealed in full on 12 May, the updated seven-seat SUV is likely to follow the standard five-seat Tiguan in receiving a number of design tweaks, mainly focused around its front end.

In 2020, the standard Tiguan gained new LED lights at the front and rear as standard, in addition to a new front bumper with enlarged air intakes and a more prominent grille.

A Tiguan R performance model was also added to the line-up. However, it’s unlikely that this or the powertrain enhancements will be coming to the Allspace, since the extended, long-wheelbase Tiguan places a greater focus on comfort and practicality.

It’s also unclear whether the Allspace will be offered with the new eHybrid PHEV powertrain, given that its battery is mounted under the boot floor in the standard Tiguan.

What the new Allspace certainly will gain, however, is a raft of new technology to bring it more in line with newer models, such as the Touareg. While Volkswagen has yet to specify upgrades precisely, customers of the new Allspace can expect “new control and assist systems”.

Assuming the Allspace takes after the regular Tiguan, this is likely to be a version of Volkswagen’s updated IQ Drive Travel Assist system, which provides enhanced assisted driving capabilities.

The Tiguan Allspace will be built at two different sites. The Tiguan L, as it’s called in China, will be manufactured in Shanghai, while the Volkswagen factory in Puebla, Mexico, will build the Allspace for the US and Europe.

Volkswagen has yet to reveal prices, but we expect these to track relatively closely to the current Allspace, which starts from $40,990 in Australia.