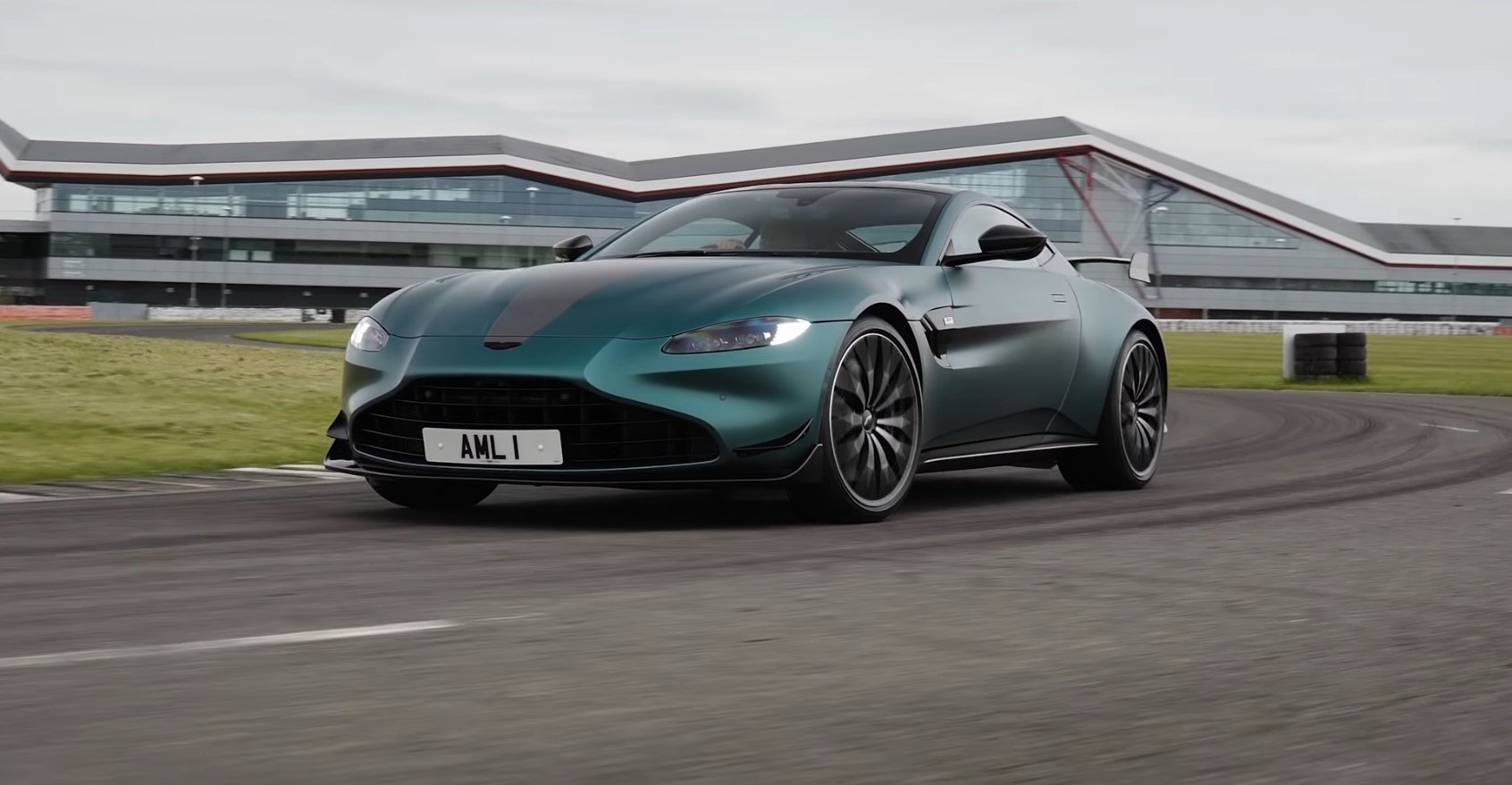 The new Aston Martin Vantage is a potent machine to say the least, but what happens when you turn up the wick, add some serious aero and a more focused chassis setup?

Steve Sutcliffe finds out in this on-track review of the 2021 Vantage F1 Edition at Silverstone’s Stowe circuit. A 4.0-litre V8 motor with 394kW, rear-wheel drive and Sutcliffe at the wheel can only mean one thing…

The previous incarnation of the Aston Martin Vantage was an extraordinarily popular car for the British company and, in that respect, this model should carry on where the previous one left off. The old Vantage was really feeling its age, but the new Vantage addresses all of its predecessor’s issues so it can compete with class-leaders such as the Porsche 911 and the Audi R8.

Today’s Vantage features a modern, potent V8 from Mercedes-AMG, which offers stunning performance while retaining the traditional Aston Martin character and charm. Combine this with a depth of dynamic ability and remarkable refinement, as well as a classy cabin and modern infotainment, and it’s easy to see why the new Vantage should be a real winner for Aston Martin.

It can be tough being a small, bespoke manufacturer in a world where ever-increasing development costs make bringing new models to market an eye-wateringly expensive business. And for many years Aston Martin struggled to launch new cars – the previous Vantage was in production for 13 years, which is almost unheard of these days, when mainstream manufacturers replace their core models far more frequently.

But the new Aston Martin Vantage spearheads the revival of the company, and a flurry of new models has seen it rising back to the top of the pack. Aston’s first new model in this new wave was the sublime DB11 and the Vantage builds on its good points, but at a more attractive price point. That puts it up against rivals such as the Porsche 911, Audi R8, Mercedes-AMG GT and Jaguar’s F-Type SVR.