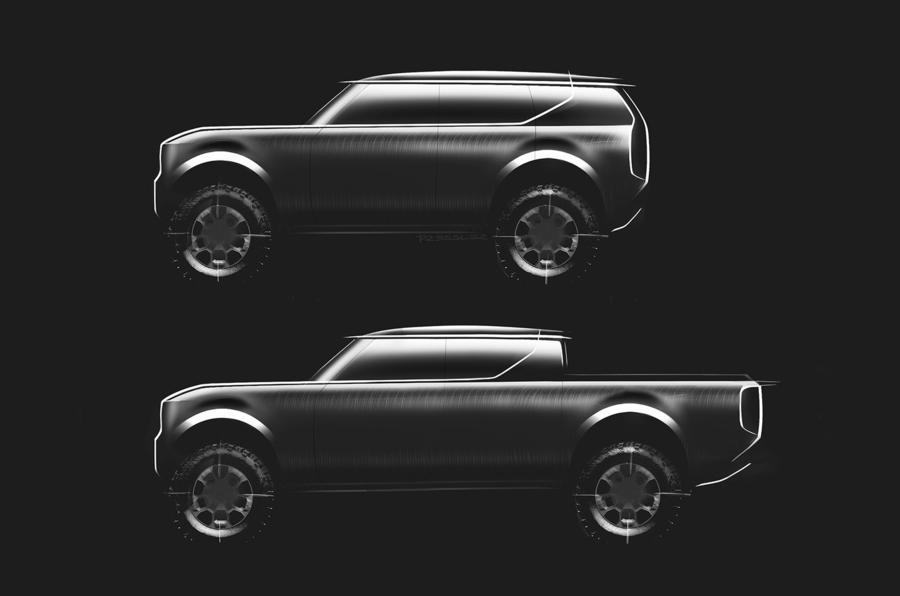 First two models of new US-market 4×4 brand will go into production in 2026.

Volkswagen has announced plans to launch two new rugged electric 4x4s in the United States, with a pick-up truck and an SUV slated for production in 2026.

Both cars will be designed and manufactured in the states, with the first prototype models due to be revealed next year. Volkswagen will also revive the Scout off-road brand which it acquired last year. The moniker has sat dormant since International Harvester – the original SUV’s manufacturer – retired the model in 1980. Volkswagen says the Scout brand will be formed later this year. It will stand alone from the main Volkswagen brand and will be “built upon a new technical platform concept,” which will bring “new pick-up and RUV credibility” beyond the current Volkswagen model range, which suggests the MEB architecture current used for Volkswagen EVs will not be used in their make-up.

“This aligns with the new Group steering model – small units that act agilely and have access to our tech platforms to leverage synergies.”

The firm also claims targeting the R-SUV and pick-up markets as it targets an overall market share in the US of 10%.

“After Volkswagen’s successful turnaround in the US, we are now taking the opportunity to further strengthen our position in one of the most significant growth markets for EVs,” said Herbert Diess, Volkswagen Group CEO.

“Electrification provides a historic opportunity to enter the highly attractive pick-up and R-SUV segment as a Group, underscoring our ambition to become a relevant player in the U.S. market.”

The Scout SUV was formerly built by International Harvester, which traditionally manufactured farm and commercial vehicles. It was produced from 1961 to 1980 as the firm’s first passenger car and was also available as a pick-up.

It would challenge one of the Jeep Wrangler’s ancestors, the Jeep CJ, while Ford introduced the Bronco in 1965.

Volkswagen revealed a set of concept design images as part of the announcement, showing the silhouettes of both the pick-up and large SUV, which are clearly envisioned as rivals for the Rivian R1T and R1S respectively.