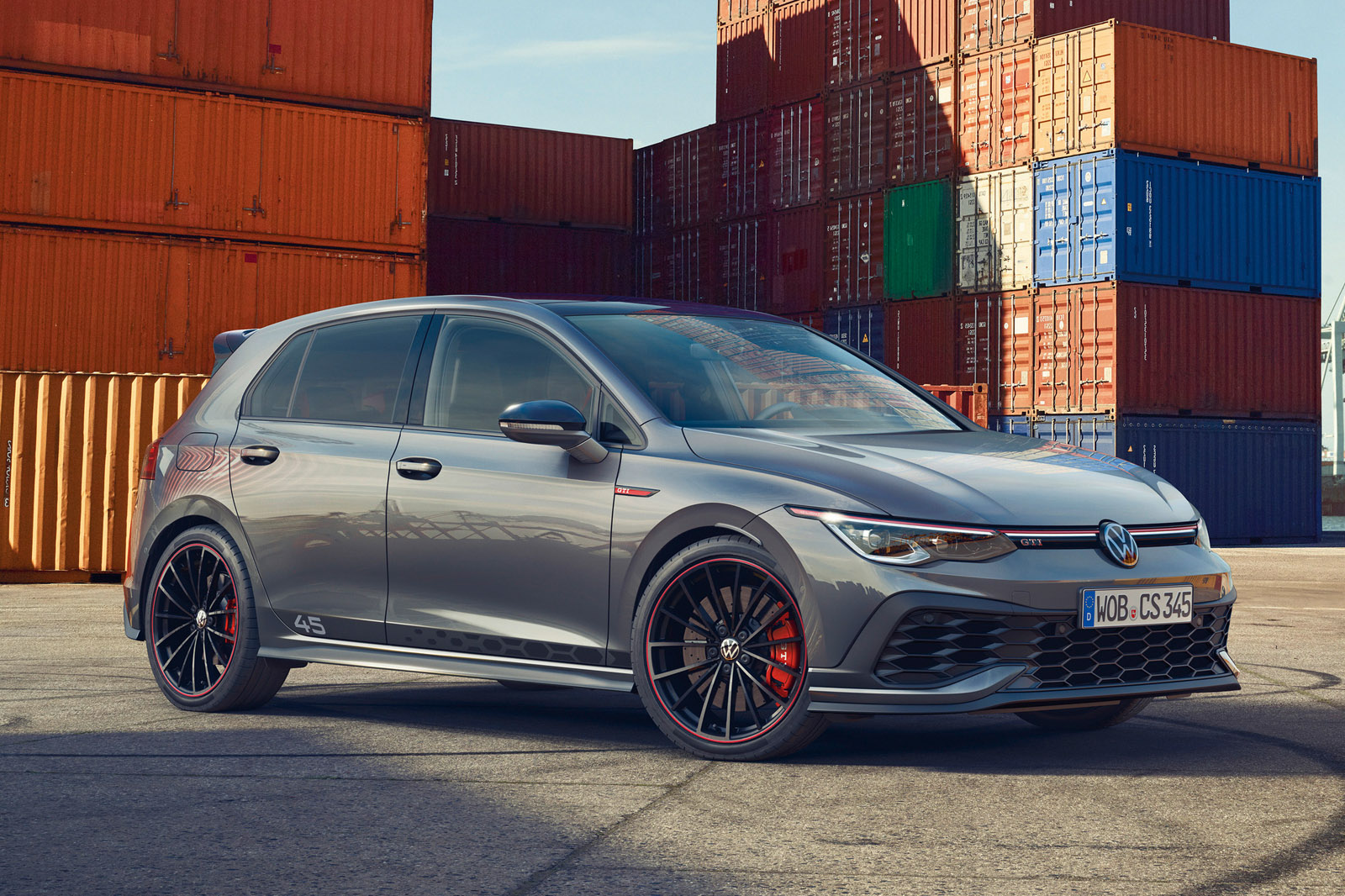 Volkswagen is celebrating 45 years of its venerable Golf GTI hot hatch with a new commemorative edition of the latest model.

It is the sixth such anniversary model the GTI has received in its lifetime, with Volkswagen having offered a similar conceived limited edition every five years since the Edition 20 in 1996.

The limited-run GTI Clubsport 45 is marked out with bespoke ’45’ branding, a contrasting black roof and matching rear wing – which Volkswagen says is a homage to the Mk1 GTI’s black plastic rear spoiler. Bespoke 19-inch ‘Scottsdale’ alloy wheels are painted black, with a narrow red pinstripe around the rim in tribute to historic GTI models which wore a similar design for their front grilles. It is also equipped as standard with an exclusive Race package, which is unavailable on other GTI models, bringing a sports exhaust system and removes the speed limiter, as well as top-rung LED matrix headlights – which also feature subtle red detailing. The commemorative theme is carried over to the interior, where a GTI motif is stitched into the front seat backrests and a 45 badge is applied to the bottom of the steering wheel.