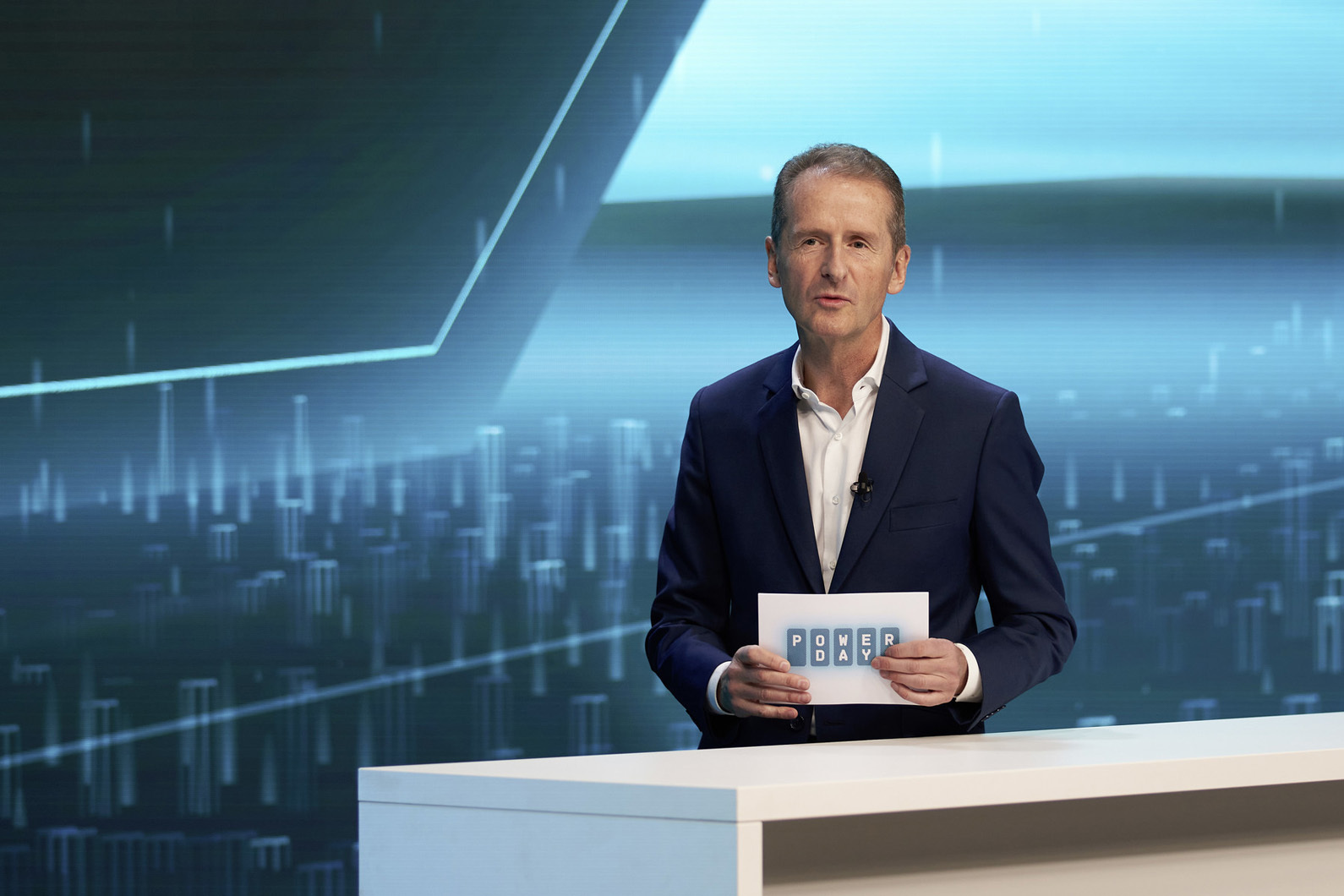 The Volkswagen Group has committed to a massive expansion of electric car battery production, with plans to open six gigafactories in Europe by 2030.

The firm is also aiming to switch 80% of its EV line-up to a single battery cell format, which is says will radically reduce the cost of electric cars.

The plans were unveiled at the Volkswagen Group’s first Power Day event, and are part of moves by the group to gain an edge in electric vehicles through battery technology.

VW group boss Herbert Diess said: “E-mobility has won the race. It is the only solution to reduce emissions fast. It is the key pillar of Volkswagen’s future strategy, and our goal is to secure pole position in the global scaling of batteries.

“Power will become a new core competence from Volkswagen and an integral part of our new strategy.”

The VW Group will start to introduce a new ‘Unified Cell Concept’ into models from 2023 onwards, with the cell used in 80% of its global EV line-up by 2030.

The VW Group is currently working on plans for future battery technology, with a heavy focus on making solid state batteries – which are lighter and faster to charge – production-ready.

Diess added that VW is also planning a major investment in developing a charging network, saying that: “Our aim is to create the world’s largest high-power public charing network.”