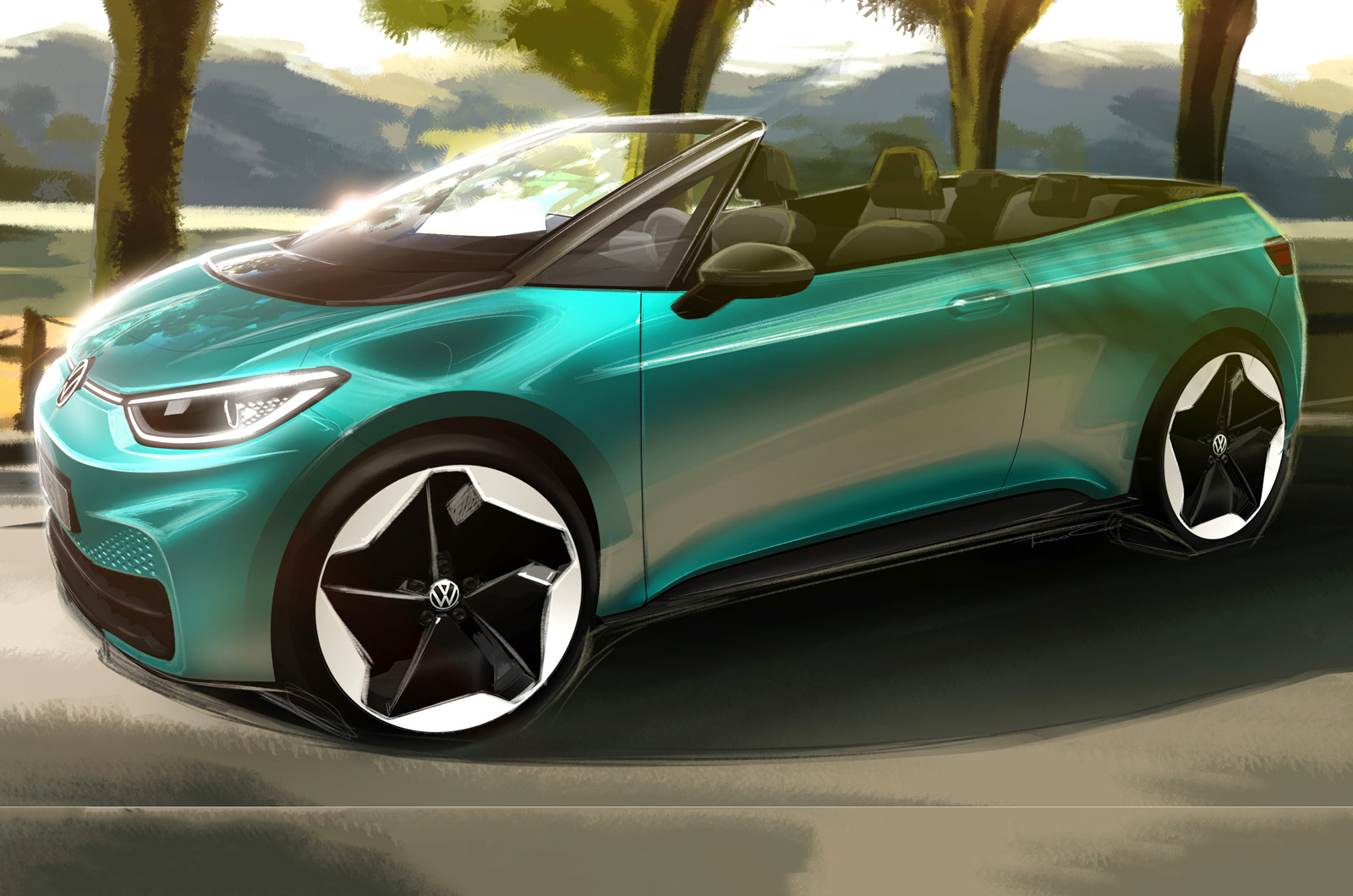 Volkswagen has hinted at a plan to expand its electric ID 3 range with a new convertible variant, and is gauging support for the new model with a social media campaign.

Posting on LinkedIn, Volkswagen CEO Ralf Brandstätter suggested that an open-roof version of the brand’s electric hatchback “could provide an entirely new, extraordinary feeling of freedom”. He added that the concept is “a very tempting idea”, and that Volkswagen is considering how it could be taken to production.

VW Group CEO Herbert Diess took to Twitter to introduce the concept, asking followers: “We‘re thinking about an e-convertible, maybe an ID 3 convertible. What do you think?”

quiet, smooth, open: We‘re thinking about an e-convertible, maybe an #VWID3 convertible. What do you think? pic.twitter.com/cfLHu3OGa9

Volkswagen has revealed an early sketch of the ID 3 convertible, one of several that the design team has created “just in case” a production version gets the green light. Like the convertible version of the T-Roc crossover, the ID 3 would lose its rear doors in the name of improved structural rigidity and wear a subtly tweaked rear end design to mark it out more obviously from the existing hardtop car.

It is not the first time Volkswagen has hinted at the potential for an all-electric convertible model; at the reveal of the T-Roc Cabriolet, sales boss Jurgen Stackmann told Automotive Daily’s exclusive partner Autocar: “If there’s anything ‘open’, it’ll be very different. It’ll be things we’ve discussed like the ID Buggy.”

The Meyers Manx-inspired, MEB-based ID Buggy was revealed to widespread acclaim at the 2019 Geneva motor show, and had been tipped for small-scale production, but was removed from Volkswagen’s product plans when production partner e.Go Mobile filed for bankruptcy later that year, potentially leaving a gap in the line-up for another ’emotional’ model.

“The convertible is the ultimate expression of emotional mobility,” Stackmann told us, echoing his earlier 2016 vow that Volkswagen “won’t become a cold and technical brand” even as it embarks on a wide-reaching electrification programme.

The T-Roc Cabriolet is now Volkswagen’s only open-roof model, following the 2016 axing of the slow-selling Golf Cabriolet, and the Beetle Cabriolet departing from the line-up in 2019. Stackmann admitted that “from a rational side, you would never go into the convertible market”, but the flexibility of the ID 3’s MEB architecture means development and manufacturing costs would be significantly lower than with a similar conceived combustion model, increasing the likelihood that such a model could see production.

If Volkswagen goes ahead with the drop-top ID 3, it will likely arrive as part of the hatchback’s mid-life facelift, which would arrive around 2023.