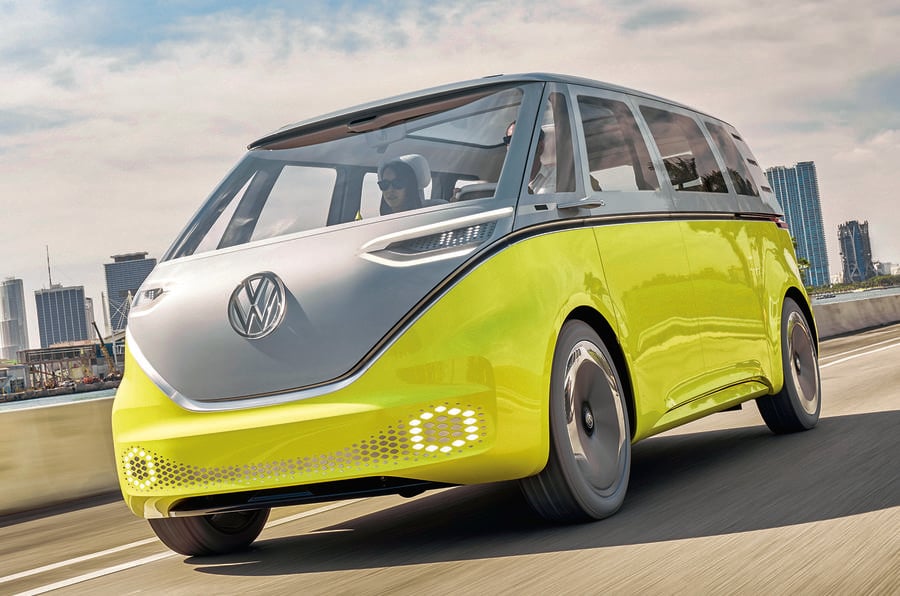 The electric rebirth of one of Volkswagen’s best-known and biggest-selling vehicles will show that “people who love cars” work at the company, said CEO Ralf Brandstätter.

The ID Buzz van, a retrofuturistic reimagining of the original Type 2, will be revealed on 9 March as the latest entry into the rapidly expanding family of MEB-based EVs.

Brandstätter said that it will be “definitely the most emotional of our electric models” and will play a key role in Volkswagen’s push to become “the most desirable brand for sustainable mobility”.

The largest ID-badged EV will use the same MEB platform as the ID 3 hatchback and ID 4 and ID 5 SUVs, and it will be the first in the line-up to be available in passenger-carrying and commercial forms.

In an attempt to give it the same flexibility of purpose that defined the Type 2, it will also be offered in California camper van form – although it remains unclear whether Volkswagen will fit out this variant itself or leave that to third-party contractors, as was the case with the earlier Type 2.

Previews of the ID Buzz reveal styling that stays largely true to the well-received concept from 2017, albeit slightly more straight-edged to maximise interior space, with a minimalist frontend design that links it to other ID models and various cues nodding to its predecessors. It will be built in standard and long-wheelbase formats alongside the new ICE-powered Multivan at Volkswagen’s plant in Hanover, Germany.

It is expected to offer the same array of batteries and rear- and four-wheel-drive powertrains as other MEB EVs, showing “how flexible and versatile our modular electric drive system is”, said Brandstätter. Volkswagen could soon launch an electric successor to the long-departed Golf Cabriolet. Work on an ID 3 convertible concept is under way, and the reduced development costs brought by a shared platform make a business case much more feasible. “Fun to drive is a part of mobility”, Brandstätter told us as he confirmed that a hot 4WD version of the ID 3 is inbound. It will be based on the aggressive-looking ID X concept but is likely to take the GTX badge and 217kW powertrain into production. The Passat-size Aero-B of 2023, evolved from the outlandish ID Vizzion concept, will get a hot GTX range-topper to rival similarly conceived versions of the Tesla Model 3 and Polestar 2. A 0-100km/h time of 5.2sec and a range of about 480km are expected.