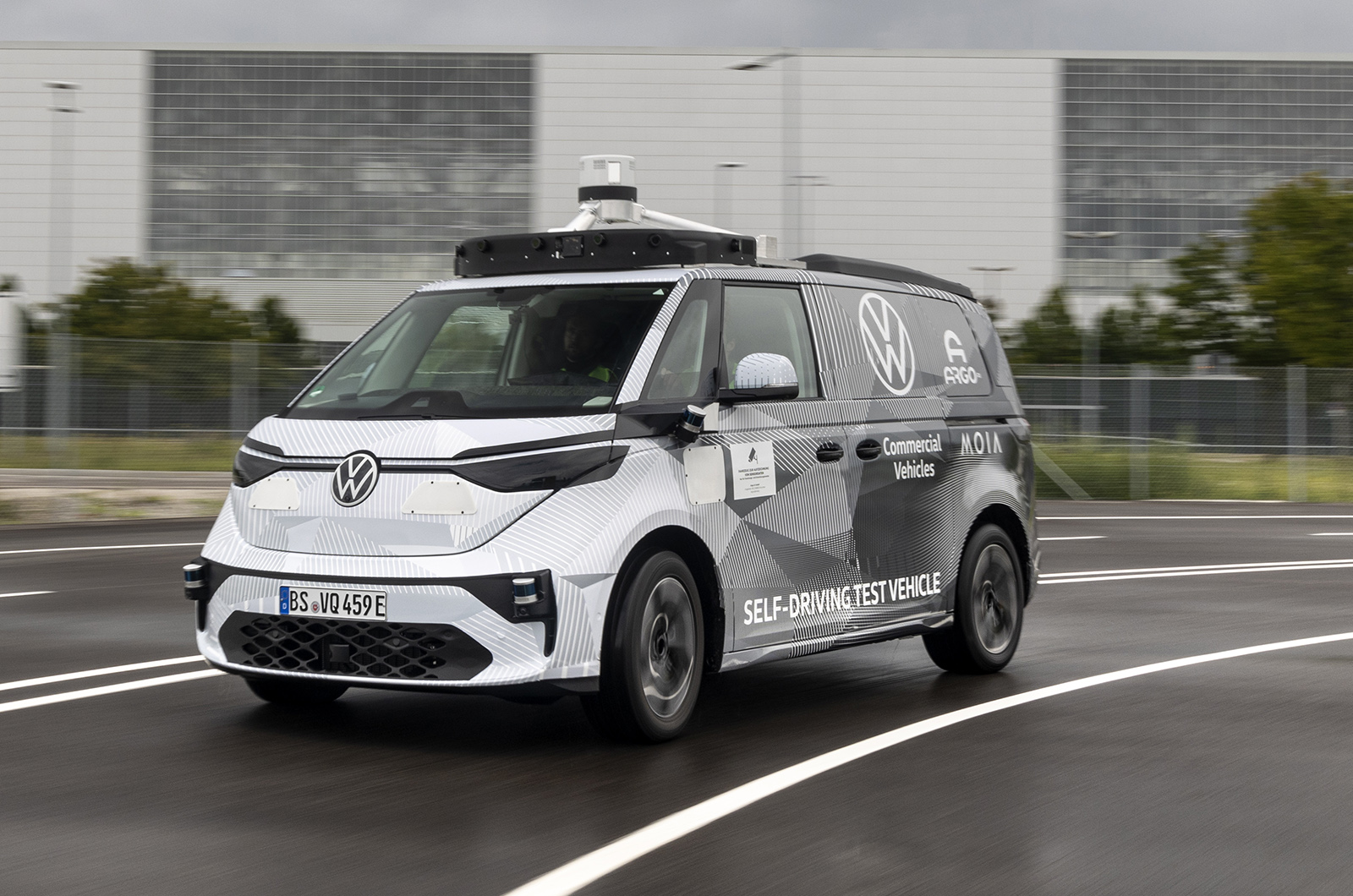 The ID Buzz, which features a retro design that evokes the original T2 Transporter, is set to launch next year in both passenger and commercial vehicle forms. Unveiled at the Munich motor show, this new ID Buzz AD version features a raft of camera, lidar and radar sensors to enable the autonomous technology that has been developed by US start-up Argo.

The VW Group is planning for its Moia ride sharing subsidiary to be the first firm to run the ID Buzz AZ from 2025 onwards, initially in Hamburg. Autonomous ID Buzz prototypes fitted with the Argo AI technology have begun testing in a number of urban environments including Munich, where Argo’s European arm is based. The Argo software uses Dara from the cameras, radar and lidar systems – including a roof-mounted proprietary Argo Lidar sensor – to create a 360-degree maps of the vehicle’s surroundings. Argo claims its software can detect objects from more than 400 metres away, and can also predict the actions of pedestrians, cyclists and other vehicles, adapting the controls as required. The fully autonomous testing of the vehicle takes place at the Argo AI development centre near Munich, where the firm has a closed course that allows for testing in a variety of conditions. Argo also has a test track in the USA.