Volkswagen will further accelerate its electrification plans, with boss Ralf Brandstätter pledging that more than 70% of the firm’s cars sold in Europe will be fully electric by 2030 – double the firm’s previous target.

The firm had previously pledged that 35% of the Volkswagen brand’s sales would be of full EVs in Europe by the end of the decade, but Brandstatter said it was time to ramp up that target to make it “the most attractive brand for sustainable mobility.”

Volkswagen has also vowed that more than 50% of its sales in the US and China will be fully electric by 2030, and Brandstatter said the firm will also invest heavily in developing its software and digital technology – including autonomous driving systems.

Brandstatter said that “autonomous driving will be experienceable for many people by 2030”, adding: “This technology must not become the privilege of the few. With six million units per year our brand has the volume to scale up this dfifficult-to-engineer technology and roll it out worldwide.” 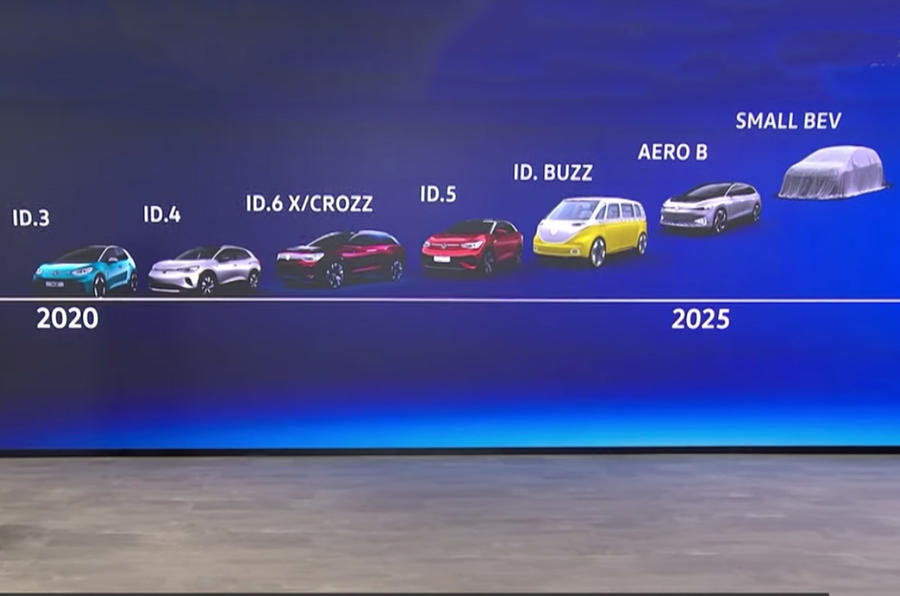 The brand will launch at least one new pure-electric vehicle in line with its renewed ambitions, with the China-only ID 6 to follow the ID 4 next year, succeeded by the coupé-styled ID 5 SUV, the ID Buzz MPV, the ‘Aero-B’ estate and – after 2025 – the promised entry-level urban EV, likely called ID 1.

Alongside the ramp-up of its electrification strategy, VW will launch next-generation versions of its core combustion-engined models, likely with an increased focus on plug-in hybrid powertrains.