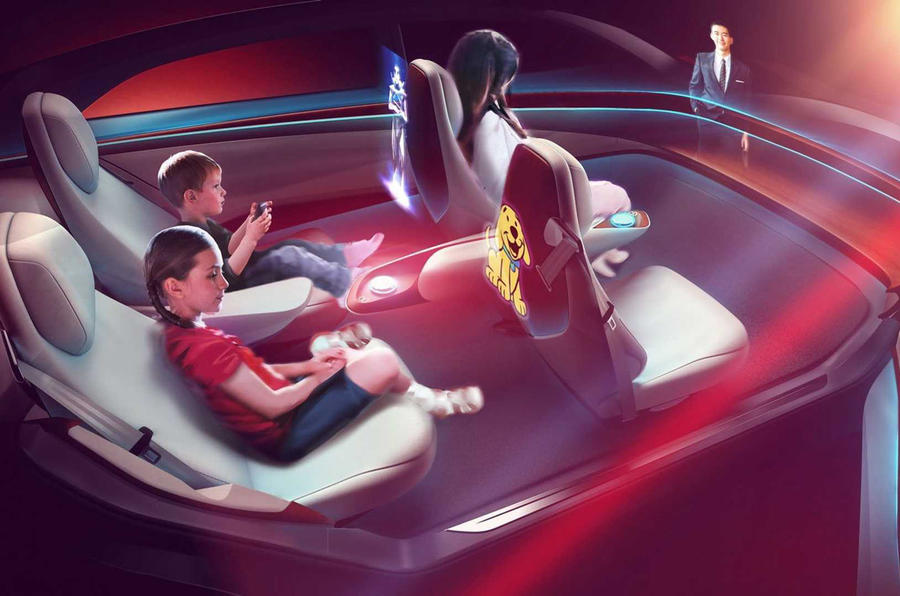 Volkswagen’s high-tech Project Trinity EV is the first car the firm has “developed from the inside out”, with an emphasis on interior design, because of its focus on offering autonomous driving systems, according to company bosses.

The production car resulting from Project Trinity is due in 2026 and is set to take the form of a sleek four-door saloon. It will be one of the first models built on the Volkswagen Group’s planned new SSP architecture and using a next-generation software system.

Trinity will be launched initially with Level 3 advanced driver assistance systems (allowing it to drive itself with a driver able to intervene), with a plan to upgrade that to Level 4 (fully self-driving, with no human intervention required) by around 2030.

Because of that emphasis on autonomous driving, Volkswagen sales boss Klaus Zellmer has said that, with Trinity, “for the first time, we are developing a car from the inside out”, with a focus on maximising interior space to enable multiple uses for passengers.

“Trinity is doing a lot of new things,” said Zellmer. “It’s about the architecture, and our goal is to define it by deciding what we’re going to do in the car for our customers.

“We call Trinity a time machine, because it will take us to autonomous driving and free up your time while in it. Trinity is a companion for life: for leisure time, family time and so on.”

Early sketches of design proposals for Trinity’s interior suggest it will make maximum use of the stretched dimensions allowed by a skateboard EV chassis, with a minimised dashboard and reclining front seats for when the driver is not controlling the car. No steering wheel is visible in the sketch, hinting that VW is considering a concept-car-esque retracting wheel.

Volkswagen has yet to detail specifics of the autonomous systems that Trinity will be launched with and that will subsequently be offered through over-the-air updates. VW development boss Thomas Ulbrich said that is partly down to the lack of specific legislation for the use of advanced driver assistance systems.

Ulbrich said more dialogue is needed between governments and car firms on the scope of laws and regulations that will govern autonomous cars on the road.

“Governments have to be willing and able to listen to us and talk to use, because we can only do this together,” said Ulbrich. “There are no regulations for autonomous driving and we need interactions between policy makers and the car industry, because things need to fit together.

“Autonomous highly automated driving technology will develop between the middle of this decade and the next decade: we [the industry and governments] can define it together and develop it step by step.”