Volkswagen’s new flagship model, which it’s developing under the codename Project Trinity and is due in 2026, will spearhead the firm’s next generation of bespoke electric cars with a focus on offering long-range, semi-autonomous driving – and it will change the way that cars are bought.

The new EV, which is still in the conceptual stage but set to take the form of a high-riding, sportback-style saloon, will be one of the first models to use the Volkswagen Group’s new Scalable Systems Platform (SSP). It will also introduce new digital technology and software systems to the brand’s line-up, along with upgraded battery technology offering a long range and fast charging.

The Project Trinity model will be sold in largely standardised form, with only a handful of hardware options made available to customers. Buyers will then be able to buy and ‘unlock’ the features they want through the car’s software. New features will also be offered for sale and downloaded through over-the-air software updates.

Advanced new software will also be key to enabling autonomous driving. Project Trinity will be launched with Level 2 driver assistance systems, but Volkswagen says that it will eventually be offered with Level 4 autonomy, allowing it to drive itself for extended periods on motorways that feature the necessary infrastructure. 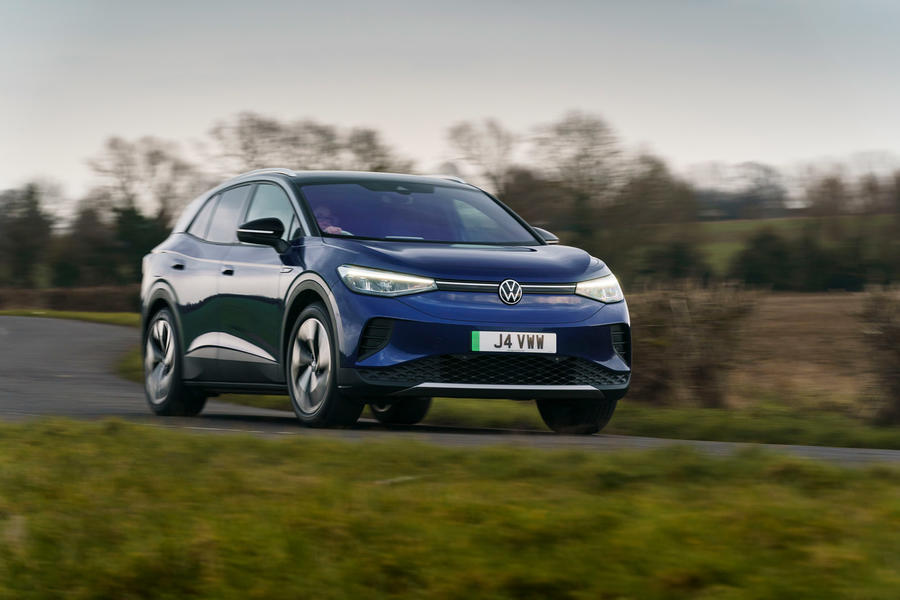 Project Trinity is one of three ‘speedboat’ projects currently under way within the Volkswagen Group. The scheme is intended to accelerate the development of new technology, alongside Audi’s Artemis and Apollon programmes. Artemis is developing a flagship saloon, while Apollon will now operate as a sibling project to Trinity, with the goal of developing an Audi-badged electric SUV.

Volkswagen says that its Trinity car will serve as a technological flagship for the brand. But rather than it taking the form of a range-topping luxury model in the style of the Arteon, the manufacturer’s intention is that the ‘flagship’ designation should signal Trinity’s role in introducing new technology to the Group’s line-up.

Volkswagen has described Project Trinity as a four-door saloon, although it’s unlikely to take the form of a conventional car. Sources suggest that it will likely be a more stylised sportback model with a long, sloping coupé-style roof, which will help to maximise both aerodynamic efficiency and interior space.

A number of Trinity teaser sketches hint at such a design, although it’s understood that the project is still at the conceptual phase, while the primary focus remains on the hardware that underpins it.

The Trinity is expected to be similar in length to the ID 4 SUV but with a far lower profile that will enable it to achieve greater aerodynamic efficiency and therefore a longer range.

With a focus on offering long-range autonomous driving, it will feature a more conceptual, open and spacious interior that will allow occupants to relax or engage in other activities during long journeys. 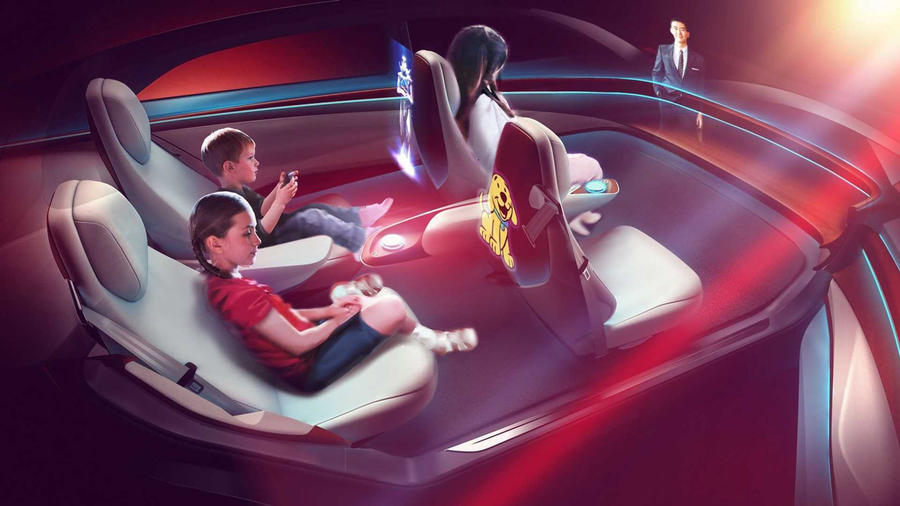 Volkswagen boss Ralf Brandstätter said: “If Trinity is self-driving on the motorway, then what are you doing in that car? The passenger compartment of Trinity will be geared towards the needs of people to make use of that extra time.”

The Trinity’s focus on long-range autonomous usage means it will sit beside, rather than replace, Volkswagen’s current and forthcoming ID family. While a production name for it hasn’t yet been announced, it’s unlikely that it will use the existing ID tag. However, technology developed for the Trinity will likely be used in the second generation of ID cars and future Volkswagen Group EVs.

Volkswagen is aiming for a target price of €35,000 (circa AUD$55,000) for the base vehicle, with downloadable options costing extra on top of that.

The Volkswagen Group’s recently announced SSP architecture will first be used for Audi’s Artemis saloon, and the vast majority of the group’s EVs across all of its brands will eventually be based on the structure. SSP is intended to enable much greater synergies across both developments and components. It’s in effect a fusion and development of the existing MEB platform for mainstream models such as the Volkswagen ID 3 and the forthcoming PPE premium architecture being developed by Porsche and Audi.

SSP will eventually be used for around 80% of the Group’s models and, as such, is being developed to accommodate a wider range of vehicle sizes than either MEB or PPE. It has also been described as a ‘flat’ platform to enable lower, more dynamically focused models.

A major aim is to ensure that SSP cars can be lower-slung and therefore more aerodynamically efficient to boost range, allowing both the Artemis and Trinity iterations to take the form of low-slung, saloon-type vehicles.

The SSP architecture will use the Group’s new battery design concept, which can accommodate cells made with various anode materials to suit a variety of ranges and charging needs. Trinity will be fitted with relatively large and efficient batteries using materials that will let it meet its “high-range” target and fast-charging goals.

But the aims for SSP go beyond the physical platform, with the focus being on fully integrating the mechanicals with Volkswagen’s next generation of vehicle software.

The Group’s recently formed Car.Software division is investing heavily in developing the bespoke VW.OS operating system that will be used in all of its EVs. While development has been disjointed, with a string of software problems delaying the ID 3’s launch, Volkswagen believes developing its own software will be key to it becoming a leader in EV tech.

The first version of VW.OS launched with the ID 3 last year, and version 1.2 will launch with the PPE platform next year. Volkswagen is working on an entirely new version, VW.OS 2.0, which will launch on the SSP-based Audi Artemis model in 2024. It will feature increased levels of connectivity and be able to make use of the pooled data gathered from the connected Group cars expected on the road by then.

That pool of real-time data will be key to enabling the Trinity to eventually offer level four autonomy, with vehicle-to-everything (V2X) communication-configured machines able to gather information from other vehicles and roadside infrastructure to offer true self-driving capability on certain motorways.

The next-generation software will be key to the new sales model that Volkswagen will introduce with the Trinity and will signal a transformation in the way that cars are bought.

The economies of scale enabled by that simplification of hardware will be key to allowing Volkswagen to meet its price target for the new model and is intended to make it quicker to buy.

While all cars will feature identical sensors, systems and hardware, not all of the functions they offer will be enabled by default. Owners will choose which options they want, ordering them via either Volkswagen’s smartphone app or website or the car’s infotainment system. Those features will then be ‘unlocked’ through the software or by an over-the-air update.

Some firms, including the Volkswagen Group and BMW, already offer a handful of features, such as auto-dipping headlights, as one-time upgrade options for purchase on certain trim levels, but the Trinity will greatly expand that approach. Volkswagen will likely offer a range of sales options, with customers able to pay a one-off fee to unlock an extra for the whole time they own the car or ‘rent’ features on a ‘pay-per-use’ basis.

The vast reduction in options will allow Volkswagen to make considerable savings and should greatly speed up production times at its Wolfsburg plant, where the Trinity will be built. It should help cut production costs, too, by reducing the vast number of different components the Group uses across its brands and multiple model variants.

It will also ensure that vehicles continue to offer a revenue source once sold: the unlocked features will likely be licensed to the car’s owner, so buyers of a used Trinity model will have to buy the features they want from Volkswagen.

The firm says the benefit to buyers will be a simplified sales process and more freedom to pay only for features they desire, rather than selecting packs containing unnecessary features. It also says the move will aid resale prices by reducing variances due to options.

VW Project Trinity electric car to charge “as fast as...