Volkswagen will officially reveal the ID 5 SUV coupe and its performance GTX variant on Wednesday 3 November as the firm extends its range of all-electric models.

The new machine, which is closely related to the current ID 4 SUV, arrives as part of Volkswagen’s ambition to become the global leader in electric car sales in 2021.

The model was previously shown in a teaser video with a special camo livery during the launch of the new ID 4 GTX, and the German manufacturer confirmed that the larger SUV would gain its own hot variant earlier this year.

The ID 5 will be the third of Volkswagen’s electric ID models to go on sale, joining the ID 3 hatch and ID 4. It will be offered in virtually identical specification to the ID 4, with a range of battery sizes and single- and dual-motor versions with various power outputs. 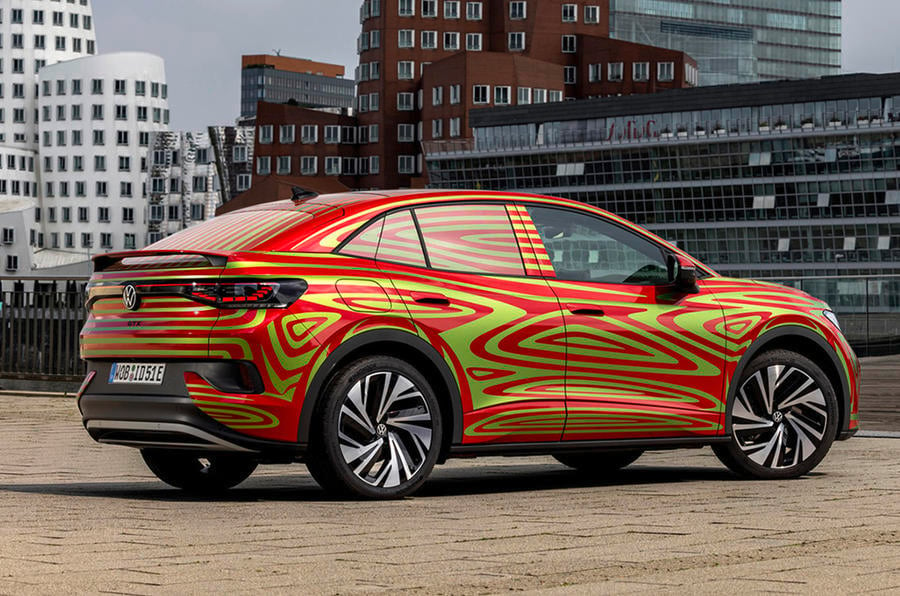 Volkswagen boss Ralf Brandstätter said: “Our next coupe is all about the elegance of flowing lines and naturally the ID 5 will also have a GTX version.”

The ID 5 GTX will use the same powertrain as the new ID 4 variant, with a twin-motor all-wheel-drive powertrain that offers 220kW, and a 77kWh battery giving an official range of up to 480km.

Volkswagen has committed to launching at least one new ID model, all of which are built on the VW Group’s MEB platform, per year. The production version of the ID Buzz will follow next year, with the production ID Vizzion sedan due in 2023.