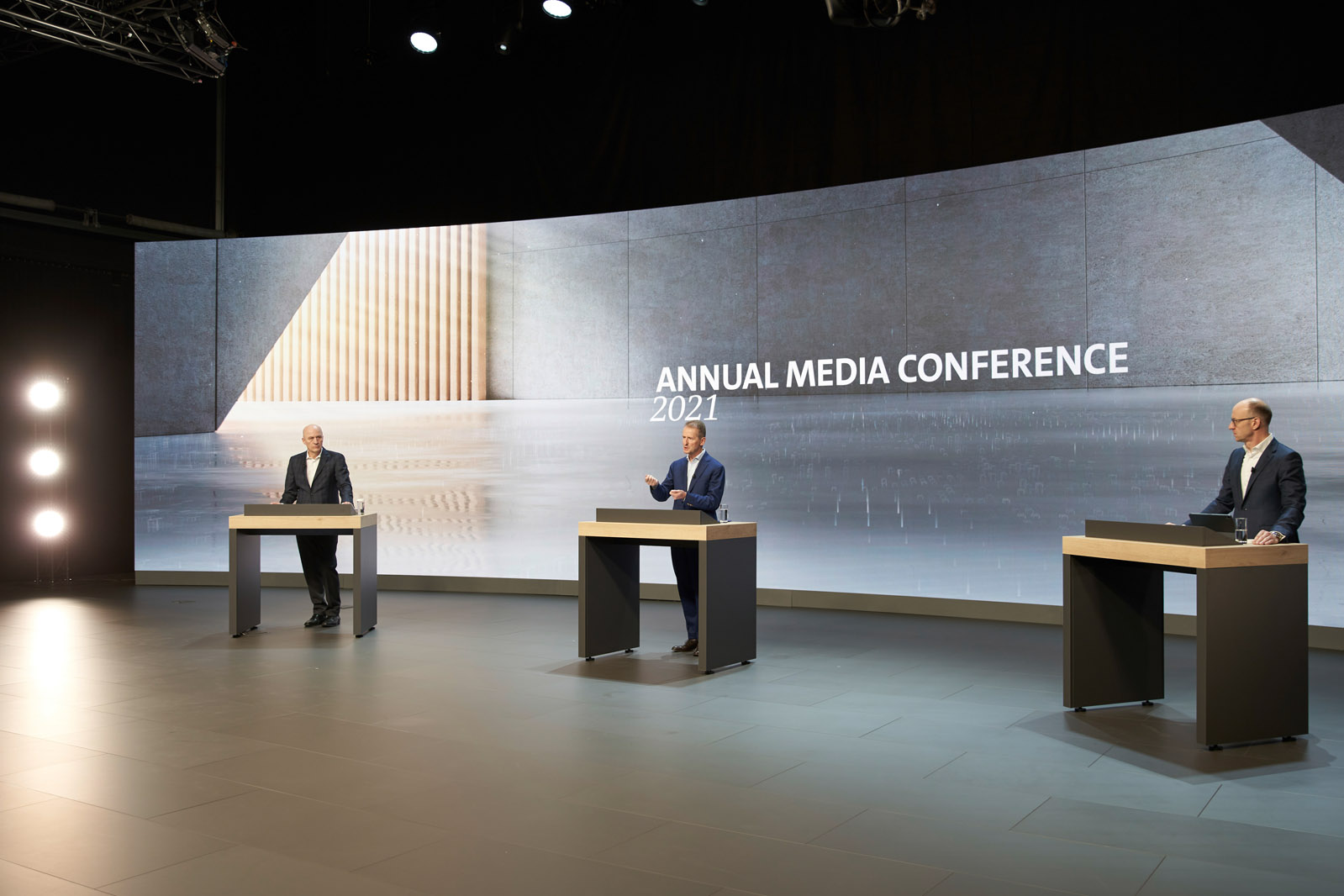 It’s not often that you celebrate operating profits around half what they were the year before, but after the challenges of the past 12 months, the Volkswagen Group’s revelation that it banked around $15.53 billion in the toughest of years is a testimony to its enduring appeal, resilience and global spread – most notably in China, where sales, especially of plusher models, drove impressive results.

It was also notable that the commentary merely paused on these figures, underlining that the group (and especially chairman Herbert Diess) is in a rush to look ahead, rather than back.

Alongside the accounts came news of ambitious EV battery plant investments (six in Europe), EV charging infrastructure (18,000 new fast chargers, half of them in conjunction with BP) and plans to halve the cost of EV battery production through a new unified cell structure.

This avalanche of EV-focused news should leave you in no doubt that the Volkswagen Group is set on a path to electrification, albeit one that pragmatically phases out the engine rather than drop it (highlighted by the awkward admission that it missed its EU emissions target in 2020, likely costing it some $145 million in fines).

It was notable, too, how Diess has put the group’s money where his mouth is, committing AUD$55 billion of investment in EV tech over the next five years. Tesla spends around AUD$2.7 billion on R&D each year, albeit with very different ambitions.

But perhaps the bigger news was the commitment to spend a further $42 billion in digital transformation over the next five years, from software creation through to the optimisation of the connected car, which can link to the mothership for over-the-air updates or the nearest dealer for repairs.

This is spending that has been justified for bringing the group closer to its customers and making its processes leaner, faster and thus cheaper. But it’s not without controversy, with concerns ranging from its ability to build the multibillion-dollar expertise of big tech firms to the moral issues over data collection.

The argument will rage on the latter point, but the freedoms (and stock values) that are afforded to Tesla, Byton, Nio et al leave all car makers with little choice but to chase the same goals. It’s also a reminder that going electric is just part of the journey the industry faces.

Despite the wealth they generate, car makers don’t have many cheerleaders outside their own walls. But after the years of turmoil, the robust financial health and heavy investment of the Volkswagen Group will come as some comfort to its more than 600,000 staff and the estimated five million more workers who rely on it.