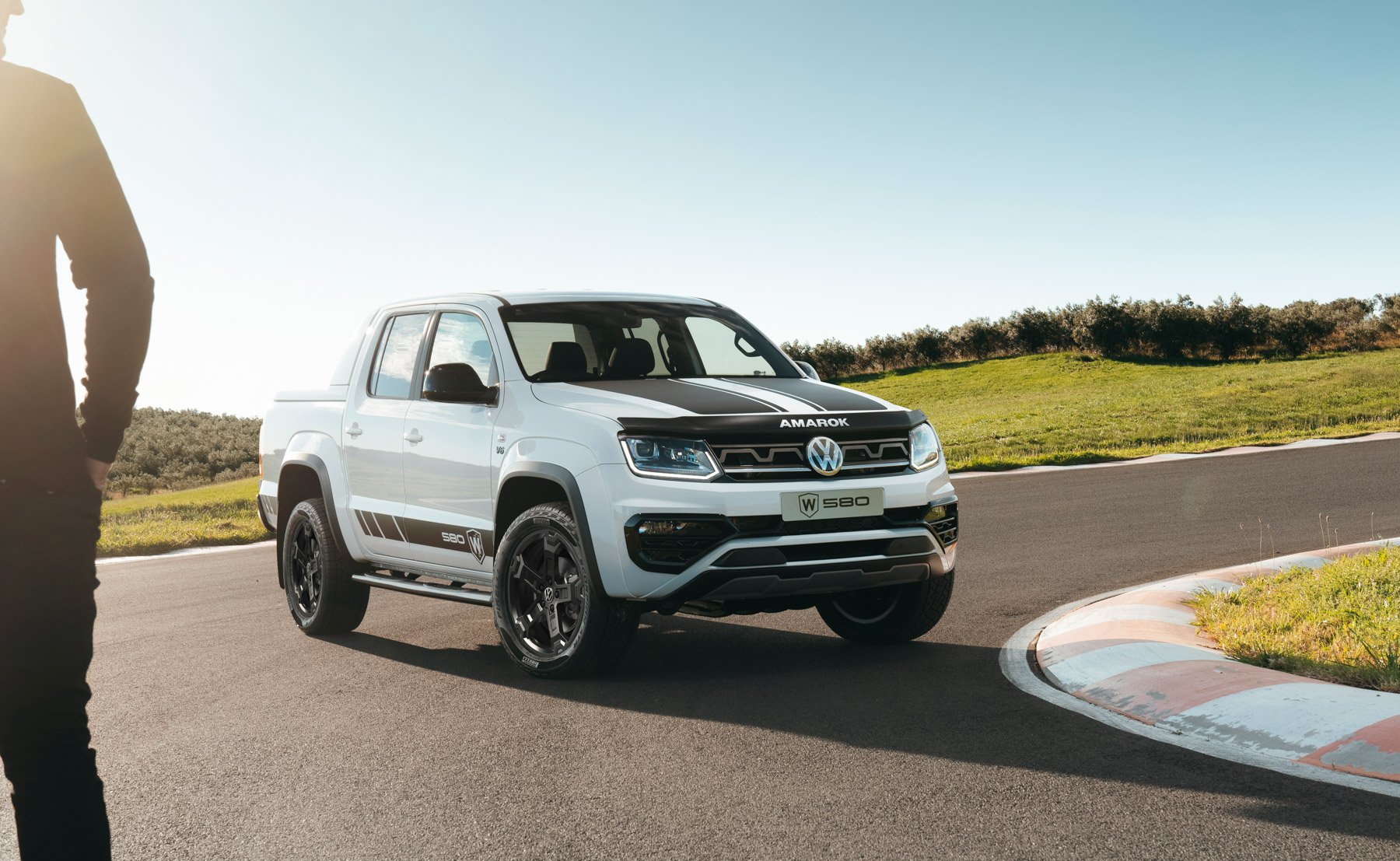 Volkswagen has partnered with Australian tuning specialist Walkinshaw to build a GT-style Amarok, the W580.

Walkinshaw, well known for its adventures building hotted up HSVs, has partnered with Volkswagen Commercial Vehicles Australia to create an Aussie-special Amarok ute that will hit showrooms early next year.

Available to order from December 1 2020, the Amarok W580 is an aftermarket special designed and pieced together by Walkinshaw at its production facility in Melbourne suburb Clayton, a site which happens to also be the birthplace of the original Volkswagen in Australia as the assembly plant from 1953.

The project is revealed after 12 months of closely guarded collaboration between Volkswagen Australia and Walkinshaw. Walkinshaw Chief Designer, Julian Quincey, was charged with penning the enhancements that toughen the look of the Amarok – though this is more than just a sticker pack.

“The Volkswagen product seems to lend itself to a very high performance, GT-image. You’ve got that terrific V6 diesel engine with class-leading torque; and it really does deserve a performance flagship in the range,” said Quincey. Perhaps most notable are the twin side pipes jutting out of the rear flanks that give a heartier note to the only V6 diesel dual-cab ute on the market. Underneath the bonnet, the engine remains otherwise standard, meaning a still segment-leading 200kW power output and 580Nm of torque through an eight-speed automatic transmission to the full-time four-wheel drive system. Director of Volkswagen Commercial Vehicles Australia, Ryan Davies says that Walkinshaw and its performance-ute pedigree were always the choice to produce a GT-spec Amarok.

“We have always known what a powerhouse we have in the Amarok, but have always felt the range needed a proper GT-spec model. As the originators of the performance ute category, we looked no further than Walkinshaw to achieve this,” Mr. Davies said.

Pricing for the Amarok W580 ute will be announced closer to its onsale date of December 1 2020. With Elon Musk saying if a merger with another firm were on the cards he “would have this conversation”, and Volkswagen streamlining its operations,...
Read more
Facebook