Why it could be motorsport that speeds up EV charging 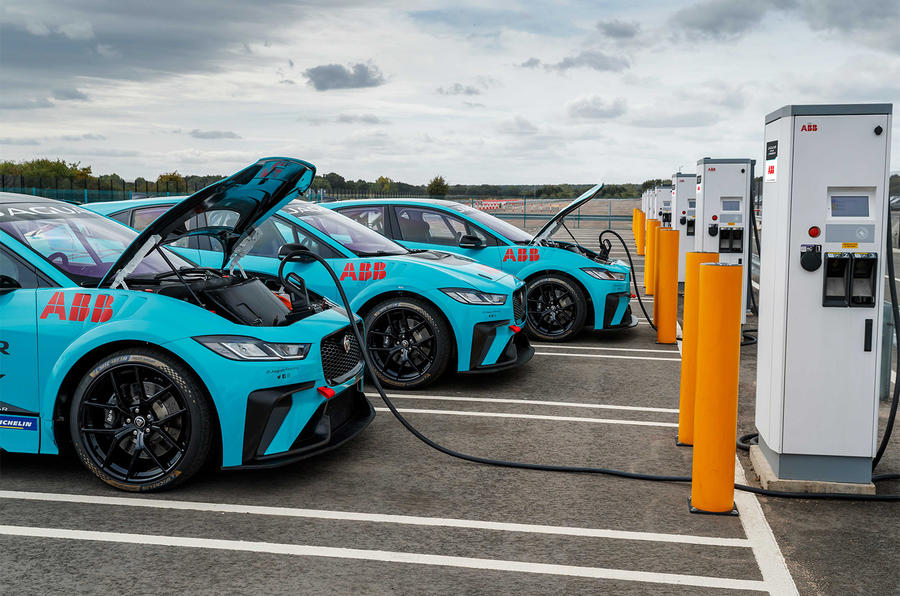 Technology transfer between racing and road cars is often overstated. It shouldn’t shock you to learn, for example, that Lewis Hamilton’s Mercedes-AMG hybrid Formula 1 car has little in common with the EQC.

Similarly, the all-electric powertrains used in Formula E by the likes of Audi, BMW, Jaguar, Nissan and Porsche are only tangentially related to those in their electric road cars. Motorsport is, as ever, as much an exercise in marketing as research and development.

However, that doesn’t mean technology transfer doesn’t occur. In fact, it often does where you would least expect it, such as in rear-view mirrors and speed cameras. Here’s another: Formula E tech is set to soon make EVs faster – not to accelerate but to charge.

Currently, Formula E cars are charged by mobile generators that run on ultra-low-emissions glycerine developed by British firm Aquafuel Research. But when the third-generation car is introduced for the 2022/23 season, ABB (Formula E’s title sponsor) will provide high-speed charging points.

This Swiss firm may not be a household name, but it’s a major developer of high-speed EV chargers, supplying them to public providers such as Ionity.

The unit it’s developing for Formula E is based on the one it deployed in the Jaguar I-Pace eTrophy support series this season. It will be able to charge two cars simultaneously, with 30-second mid-race pit stops enabling around 600-800kW of power to be added to a car.

How does this benefit EV drivers? Well, don’t expect to be able to charge your battery at such extreme speeds in the near future: the charging technology is capable, but the strain exerted on the car’s battery would be a problem. What can ABB transfer from the track to the road, then?

“A key area we’re working on for the next-gen charger is the hand-off: how quickly we can start charging,” says Tarak Mehta, who heads ABB’s electrification division. “We’re looking at the protocols and interlocks [between charger and car] and the speed we can process that information.

“When you plug in a car, it takes 15 to 30 seconds before power flows, because of those protocols. For Formula E, we want to take a zero off that. Reduce that on a charge from 20 to two seconds, multiply that time saving by our 14,000 road chargers worldwide and the time saved increases the global availability of chargers.”

If that’s not enough, here’s an instance of motorsport technology transfer that I-Pace owners have benefited from already. Last year, Jaguar released a software update for its EV that increased its range by around 20 kilometres, and a huge part of that was thanks to the (soon-to-end) eTrophy series.

Engineers studied data from the race cars and realised that their batteries didn’t need as much cooling as expected, even at racing speed. Therefore Jaguar revised the software for the I-Pace’s radiator vanes, keeping them shut for longer to boost aerodynamic efficiency.

800V charging is the next step for mass EV adoption

The speed at which electric cars charge is becoming a hot topic. We explain why
Read more

Six races will be held on three circuits at Tempelhof Airport in Berlin as a season-ending racing bonanza. Six races in nine days on three...
Read more
Facebook