Following two announcements of stonking new supercar engines earlier this year, for the Aston Martin Valkyrie and Gordon Murray Automotive T50, Maserati has made it a hat-trick. Called the Nettuno, its engine is a 463kW twin-turbocharged 3.0-litre V6 producing 730Nm, and it’s far from conventional, with an all-new pre-chamber combustion system so far used only in Formula 1. The Nettuno will make its debut at the launch of the new Maserati Mc20 supercar in September.

The concept is similar to but mechanically simpler than the Mahle Jet Ignition prechamber concept. The idea is that rather than compressing and firing a single charge of fuel and air in the combustion chamber as normal, some of the mixture is initially ignited in a small pre-chamber that sits above the combustion chamber and is connected to it by small nozzles. The Mahle system is ‘active’, with two direct injectors: one to fill the pre-chamber and the other to inject the main charge. The Maserati system takes its cue from the Compound Vortex Controlled Combustion system used in the Honda Civic in the 1970s. 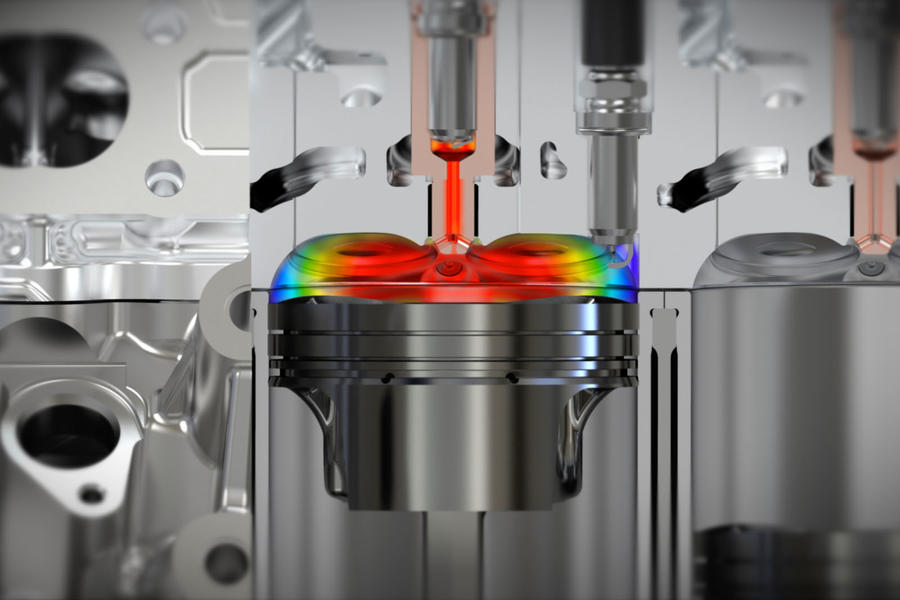 When that happens, high-pressure jets of fuel-air mixture are driven through the nozzles back into the main combustion chamber to ignite the main charge in the same way as the active system. Igniting the charge at multiple points raises the knock threshold (the point at which the fuel and air explodes rather than burns), allowing higher boost pressures to generate more power.

Each cylinder in the Maserati engine also has a second injector that works at a much lower pressure (6bar) and can inject fuel into the engine inlet tract in the traditional way. It’s used when the engine is outside the operating range where the pre-chamber combustion system would be at its best, with the fuel being ignited by a second spark plug working in the main combustion chamber.

The 90deg angle between the cylinder banks makes the Nettuno shorter in height than a 60deg V6. At 650mm high, 1000mm in width and 600mm long, it’s a compact unit that can be mounted low in the chassis, helping to lower the car’s centre of gravity.