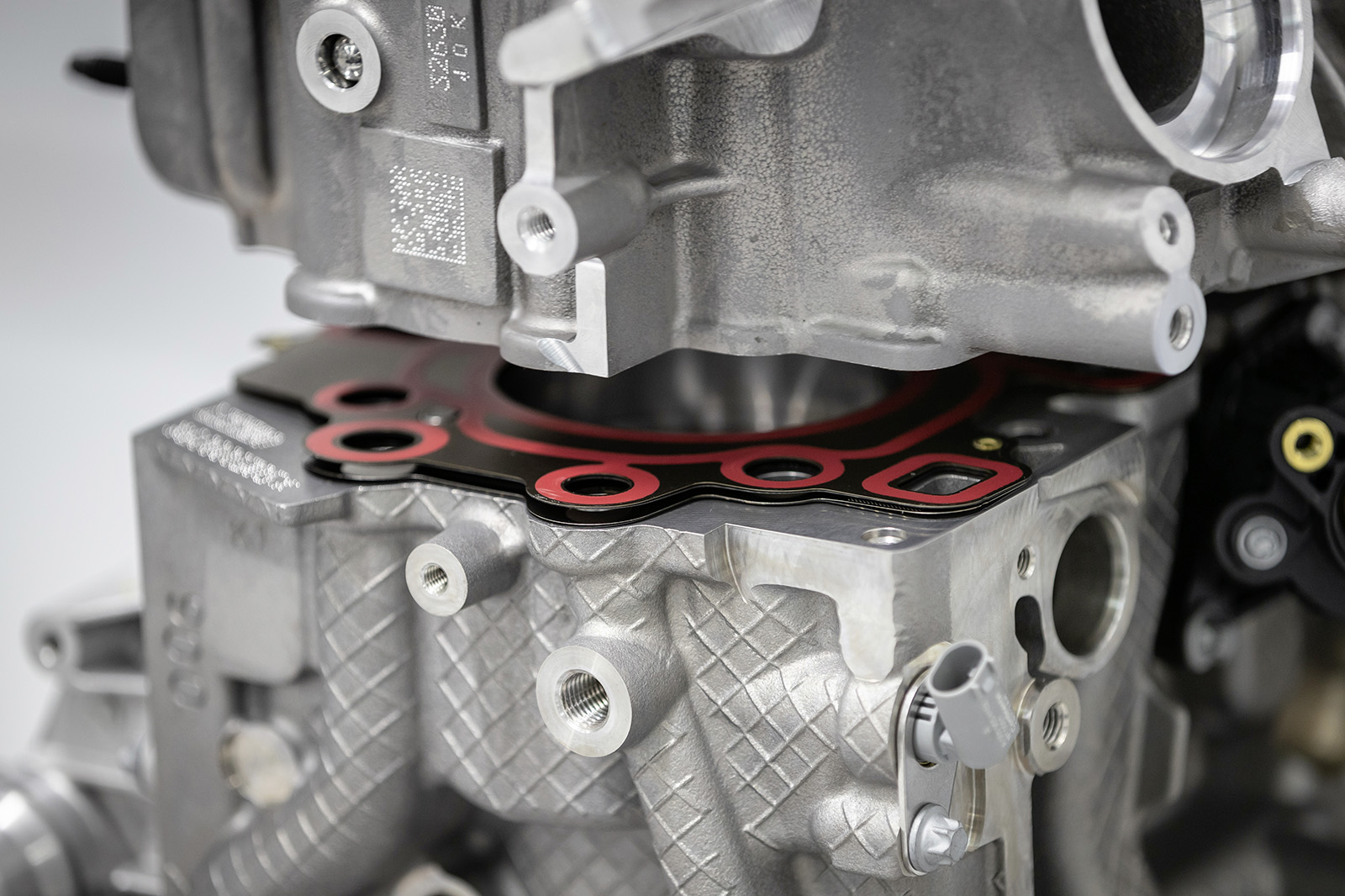 The familiar supercharged 3.5-litre Toyota V6 engine might be the obvious choice for many buyers of the new Lotus Emira, but the smart money could well be on the alternative: the turbocharged 2.0-litre Mercedes-AMG unit.

The M139 is the latest four-cylinder engine from Affalterbach, and it is claimed to be the most powerful turbocharged four-cylinder production engine in the world.

In AMG applications, there are two versions, one producing 285kW and 277Nm and the other delivering 310kW and 500Nm Lotus quotes the power output of the Emira “across the range” as being between 265kW and 295kW, encompassing both V6 and four-cylinder engines. At those relatively conservative levels, the door is left wide open for Lotus to further tap into the AMG engine’s huge potential in the future.

Sheer performance aside, an engine’s attributes have a major influence on how thrilling a car is to drive, or not. The M139 is free-revving at the top end, thanks to a torque curve that extends maximum torque up to 5000rpm in both AMG versions of the engine. It is high-revving, too, with the redline at 7200rpm, and its maker claims its power delivery is similar to that of a naturally aspirated engine.

The design of the induction and exhaust system has a lot to do with that. The turbocharger is twin-scroll, which means it is fed from the exhaust manifold through separate passages, with two cylinders feeding each scroll.

The advantage is fast response at low engine speeds combined with enough capacity to produce high power at the top end. Pairing the exhaust ports avoids exhaust back-pressure created by the presence of the turbo hampering the scavenging of exhaust from the engine. The compressor and turbine of the charger spin in roller bearings that reduce friction and improve response as they whizz up to a maximum of 169,000rpm.

Elsewhere, the piezo direct fuel injectors and spark plugs have been repositioned, making room to significantly increase the size of the exhaust valves (compared with those in the previous M133 engine), allowing freer passage of the exhaust from the combustion chambers.

The engine also has two-stage injection, with a second set of solenoid port injectors firing additional fuel into the inlet manifold at high power output. There have been some changes made in order to install the engine into the Emira. Although still mounted transversely, it sits amidships and drives the rear wheels.

In AMG cars, it has been rotated through 180deg (compared with the old M133) to improve packaging. This puts the exhaust and turbo at the back, against the firewall, with the induction system at the front in the front-wheel-drive AMG cars, but the engine has been adapted to fit the Emira with a new air intake system and a new exhaust system.

It sounds like a compelling package: this new hand-built engine could potentially be the best-ever four-pot fitted to a Lotus. The M139 engine was developed when Tobias Moers, now Aston Martin boss, was at the helm of AMG. To give some context, the mighty 820kW naturally aspirated 6.5-litre V12-powered Aston Martin Valkyrie produces 127kW per litre, while the 310kW version of the M139 makes 155kW per litre.