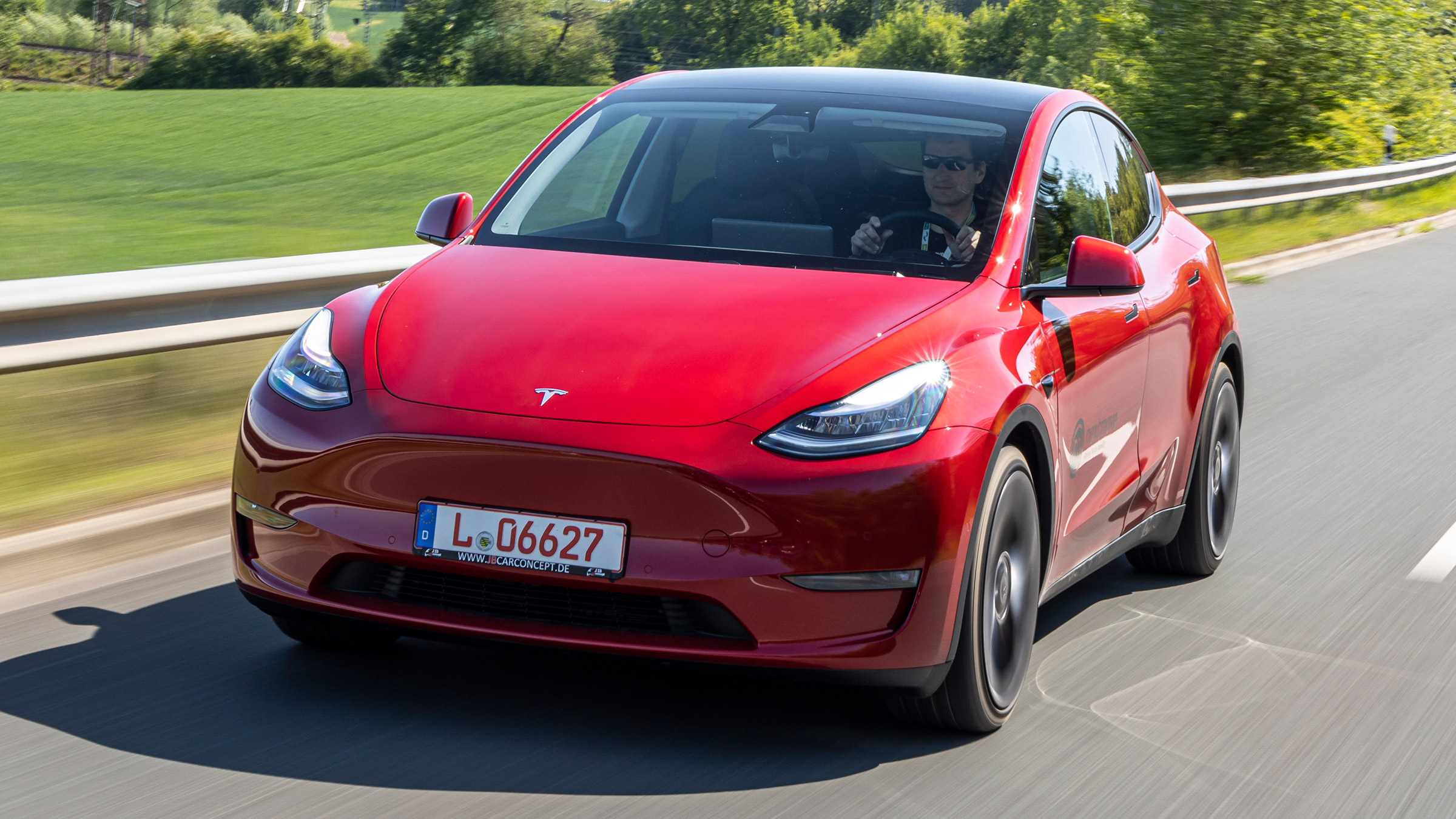 With over 500km range, rapid acceleration and practical space, the new Tesla Model Y might be the most successful model yet.

Once again, Tesla is aiming to turn the tables on the mainstream car makers – this time by selling a premium fully electric compact crossover before anyone else.

The Model Y is the fourth and final member of the current-generation Tesla line-up. It’s based on the same platform as the Model 3 saloon and will compete against the likes of the  Volkswagen ID.4, Skoda Enyaq and Audi Q4 e-tron – when they eventually arrive. Customers in the US are receiving their Model Ys now, but Australian buyers will have to wait until late 2020 at best, with early 2021 a more likely scenario. However, Automotive Daily’s exclusive partner Auto Express managed to get behind the wheel of one of the very first Model Ys, to see what’s in store.

Like the Model 3 sedan, the Model Y is being launched with range-topping Long Range and Performance variants, catering to well heeled buyers lured by a promised WLTP range of 500 kilometres from the Long Range model, or searing straight-line pace from the Performance version driven here. But single-motor, Standard Range versions with smaller battery packs are promised too, and these could eventually bring the range’s starting price down to around $80,000. This Performance version is likely to cost in excess of $100,000 before on-road costs.

Tesla doesn’t quote any power or torque figures, but the dual-motor, all-wheel-drive set-up is identical to the Model 3’s, which suggests we’re looking at around 335kW. However, it’s the torque – around 640Nm – that really stands out when you accelerate, helping to mask the Model Y’s weight and size quite well. Floor the throttle, and one thing is immediately clear – the Model Y outpaces anything else that calls itself a compact SUV.

Against the clock, 0-100km/h takes an estimated 3.5 seconds, so the Model Y simply won’t be touched by its competition. Some petrol and diesel rivals can beat its 240km/h top speed, but that’s largely irrelevant. Upcoming electric rivals such as the Q4 e-tron and VW ID.4 will need some serious power to out-muscle the Model Y’s performance advantage.

Of course, enjoying the performance on offer here is one thing; preserving it is an entirely different challenge. For every lengthy kickdown on the pedal to savour the explosive and instant power, around 25 to 30 kilometres disappears off the 480 kilometres claimed by a fully charged battery. One thing buyers of the Performance model may have to compromise on is ride quality. It’s far from bone-crushing, but the Model Y in its most potent form does have a stiff edge, and from our brief taste of the upcoming Skoda Enyaq, it’s clear that the Tesla may have a hard time justifying itself to motorists who prioritise comfort above all else.

You certainly feel engaged in the Model Y though. In spite of the car’s weight, there are clear and definite messages from the road coming through the chassis, but while the steering is direct, the sensation stops well before the wheel. Compared with the Model 3, you’re aware of the higher centre of gravity, but the Model Y is certainly more balanced and agile than the Model X, with little body roll and plenty of grip.

The all-wheel-drive set-up isn’t just there for on-road performance, either. Tesla has tried to inject the Model Y with a bit of ability away from tarmac, with an off-road assist feature. This smooths out the rapid throttle response to keep the power delivery balanced on less-than-perfect surfaces, but it’s a long way from turning the Model Y into a bona-fide off-roader. As for the brakes, they feel strong enough to haul the Model Y to a stop consistently, but the braking recuperation is set to maximum by default. Some drivers won’t like this, and will have to dive into the excellent 15-inch central touchscreen to choose their desired setting.

It’s not just its platform the Model Y shares with the Model 3; up to two thirds of its components are taken from the saloon, so the two cars’ interiors are very similar. There really are no new features; a larger panoramic roof and a powered tailgate are the only real changes of note, with no new interior colour or trim options. It’s a clean, but sparse cabin, with the giant touchscreen the only thing to stand out. There are almost no physical buttons in the cabin, apart from those on the steering wheel, the doors and on the roof. Virtually everything is controlled through the touchscreen, so thankfully it’s just as pinpoint-sharp and slick to use as ever. However, it’s not a set-up that’s going to appeal to all potential buyers.

It’s not just the design and technology that eerily mirrors the Model 3 – the Model Y’s cabin matches it for quality too. As a result, some of the plastics, woods and leathers on show don’t feel like what you’d expect in a premium SUV. Tesla needs to aim for quality to rival what BMW and Audi can produce at this price; at the moment, it feels just a little more middle of the road. But things can only improve; this is one of the first cars off the line, after all. The dimensions of the Model Y certainly shake things up from the Model 3, though. Getting in and out is much easier, with wider, taller openings. The larger windows mean better visibility and a brighter, airier cabin. At 4750mm the Model Y is slightly longer than the Model 3, improving room for rear-seat passengers. Headroom is up too, but it’s probably on the tighter side of the compact SUV class in the back. The boot is much improved too, and the tailgate is hinged from the roof to create a spacious hatch rather than the Model 3’s chute. However, it seems like quite a challenge for engineers to fit a third row back there – an option promised for the near future to make a seven-seat Model Y.

In summary here we have a sleek design, a clean-cut interior and an impressive drivetrain, but room for improvement in how it all comes together as a package; in this respect, the Model Y is a typical Tesla. Yet it’s also the most versatile car in the brand’s line-up and has the potential to become its biggest hit yet. But Tesla’s main concern should be the increased competition.

This is a segment many mainstream rivals are getting ready to enter in their droves, and when the Model Y launches next year it will have not one or two, but several rivals to fend off.