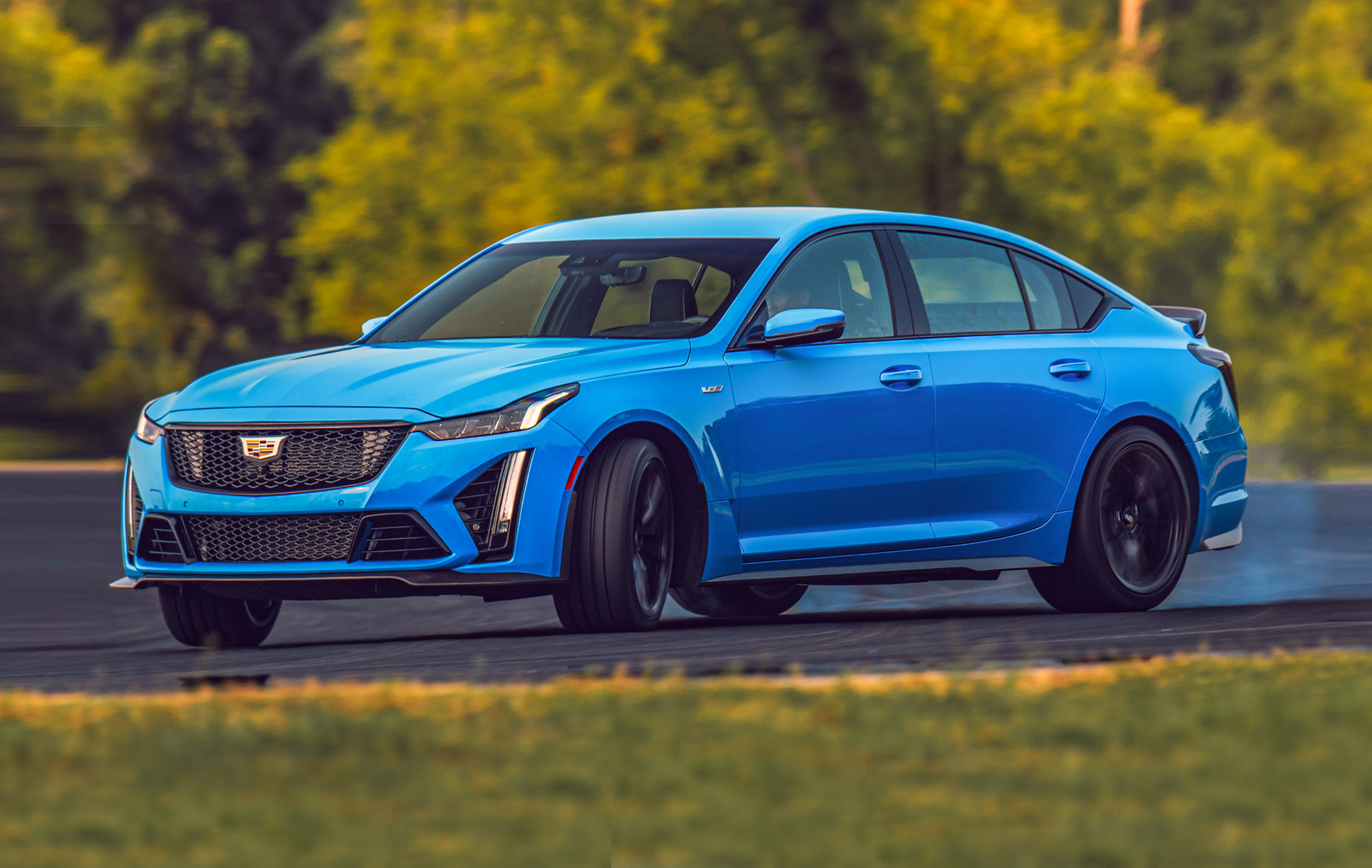 American V8 performance sedan fights the BMW M5 Competition at a price that’s impossible to ignore. (And all the more is the pity that Australia won’t get it.)

As great farewells go, the Cadillac CT5-V Blackwing is right up there: a love letter from General Motors engineers to both the Chevrolet small-block V8 and the super-sedan format.

Both are on borrowed time as Cadillac embarks on its journey to become an all-electric brand, beginning with the weird-looking Lyriq crossover next year and continuing, we’re willing to wager, with a long line of luxurious high-riding SUVs. Like all the very best performance cars, there’s real joy to be extracted from driving the big manual Blackwing slowly. The clutch is light, control weights even and then there’s that V8…

That might explain why absolutely nothing has been left on the table with the latest CT5-V Blackwing. A natural rival to the BMW M5 CS, the CT5-V Blackwing gets GM’s LT4 Gen 5 supercharged 6.2-litre V8 engine that was last used in the C7-generation Chevrolet Corvette Z06.

It already employed lightweight titanium valves, forged connecting rods and pistons, plus a large 1.7-litre Eaton TVS supercharger, but further work has been done to improve the cold air intake and exhaust to liberate 498kW and 893Nm of torque – a healthy improvement on both the ‘Vette Z06 and Chevrolet Camaro ZL1 (plus 13kW and 12Nm). The big Blackwing claws back an advantage with its 330km/h-plus top speed and the fact that it offers something none of its European competition can offer: a good old-fashioned six-speed manual transmission. The GM-Ford 10-speed automatic is also available, but you could never be friends with anyone who was foolish enough to choose the two-pedal version over the sublime stick-shifter.

Offering a silky-smooth change, incredibly, there’s none of the nasty driveline shuntiness you have to tolerate in other powerful rear-drive cars. The clutch is both light and progressive and feels Japanese in the level of precision it offers. There’s also a handy rev-match mode and a flat-shift function – although the towering torque peak meant we were never quite brave enough to try the latter.

Speaking of which, all that supercharged V8’s might is channelled to the rear pair of wheels. All-wheel drive isn’t an option, and while countless BMW M engineers have insisted that anything over 410kW is undriveable in a performance car, traction is truly remarkable here (at least in dry conditions), thanks to an electronically controlled rear locking differential, GM’s latest Magentic Ride Control trick dampers and a set of specially developed Michelin Pilot Sport 4S tyres. Braking is absolutely incredible from the optional carbon-ceramic stoppers (£6700), whether they’re hot or cold, with levels of feel comparable to the very best offered by a Porsche GT. The composite anchors also helpfully carve 29kg off the car’s unsprung weight.

Weight is the enemy of all super-sedans, but the CT5-V Blackwing is almost lithe compared with the new breed. Delete the sunroof and add the big stoppers and the kerb weight falls to around 1870kg with a full tank of fuel – around the same mass as the M5 CS. Behind the wheel, it feels lighter still, with agility that makes you begin to question its size.

On typical tight, bumpy and unforgiving canyon roads, the confidence it bestows is unnerving. Part of that is to do with its stopping power, unbelievable ability to resist understeer and responsiveness to the throttle, but most of it is to do with its astonishing damping and grip summoned up by the Michelin rubber wrapped around its modest 19in rims. In Sport and Track mode, body control is impeccable; but even in its softest Tour mode, the big Caddy flows with the road.

Dumb muscle car it isn’t. Throw in the stirring V8 soundtrack and it’s easily the most capable, engaging and enjoyable performance sedan since the seminal HSV GTSR W1 that Australia can lay claim to. Better than the M5 CS? I couldn’t say, but, priced from the Australian equivalent of just $115,000 in the US, it’s less than half as expensive, even with those fancy carbon brakes installed.

Gripes? Its 18.8L/100km thirst when you’re pushing on provides a paltry 320km range between top-ups, which simply isn’t good enough. And the cabin, while intuitive and easy to use, is humbled by the likes of Audi for perceived quality, but it’s far from being a deal-breaker.

Cadillac truly has left its best till last.