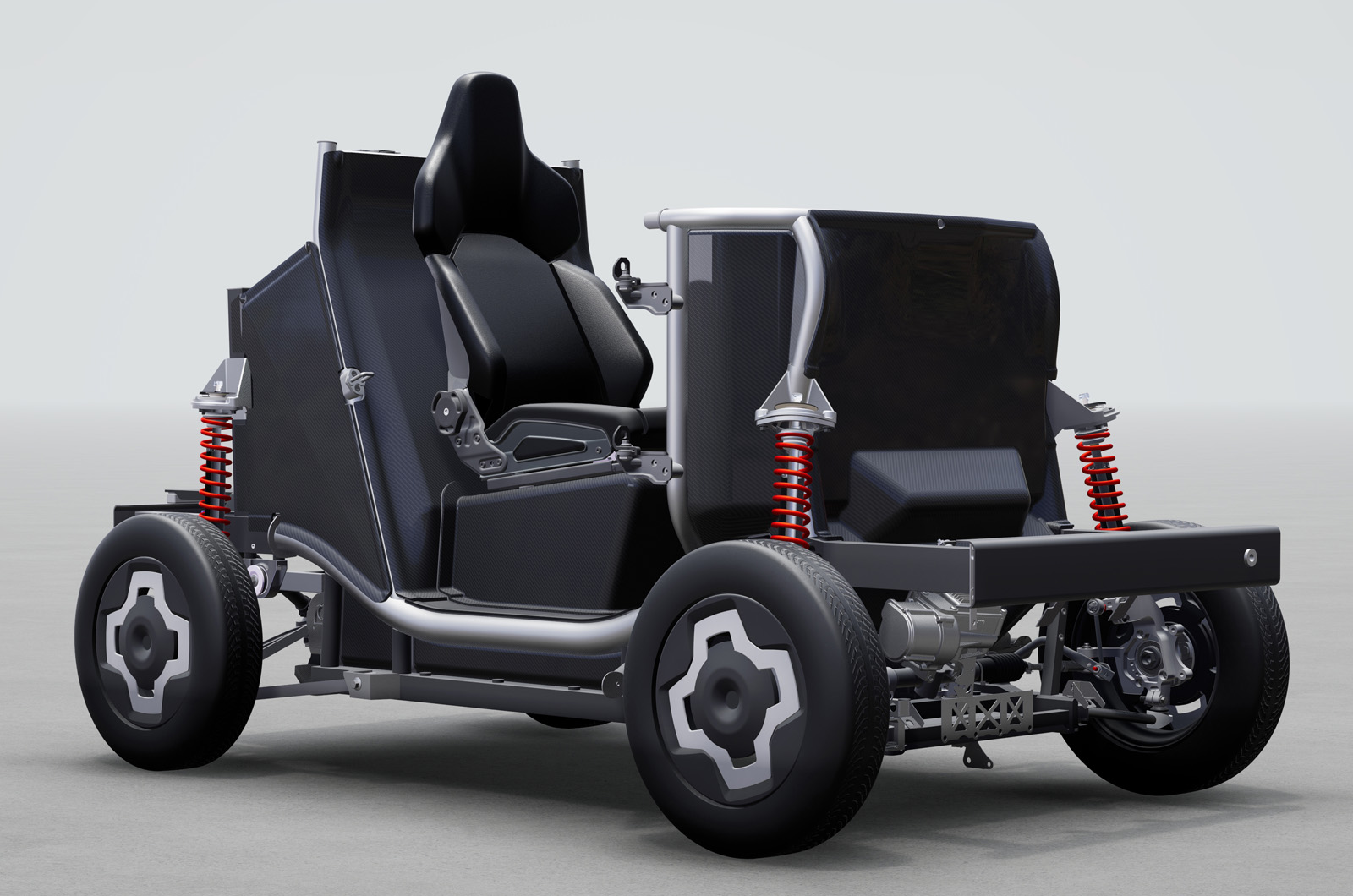 Said to be adaptable for “a broad portfolio of vehicles” ranging from the electric Motiv quadricycle shown here to mid-engined sports cars and even petrol-powered SUVs, the iStream process aims to optimise the performance, cost and efficiency of future electrified vehicles.

It’s especially applicable, GMD says, to battery EVs, because the light weight of the architecture will allow for maximum range and optimised all-round performance.

Using the iSteam process, GMD claims, “can reduce the overall weight of a typical family car by over 20%” and requires 50% fewer body panel components. Using recycled fibre body panels will ensure the ultimate vehicle weight remains as low as possible.

With the battery integrated into the vehicle structure itself, the iStream architecture is also said to be more rigid than conventional structures, which brings benefits for safety, refinement, dynamics and durability.

As a result of its lightweight make-up and efficiency-boosting measures made throughout its production, GMD also claims the cradle-to-grave CO2 emissions of an iStream-based vehicle are substantially lower than conventional counterparts.

The Motiv concept, shown at the Cenex-LCV show in the UK has been designed to showcase iStream’s flexibility and represents what an “autonomous e-hailing personal mobility” vehicle based on iStream could look like.

Measuring 2537mm by 1310mm and weighing in at 376kg without the battery fitted, it’s classed as a quadricycle but complies with the same crash regulations mainstream passenger cars.

The 17.3kWh battery is claimed to be “twice as large” as that fitted to similar vehicles, offering a range of 200 kilometres (or 150 kilometres in autonomous mode) and can be charged a speeds of up to 35kW for a 20-80% top-up time of 40 minutes. Power is sent to an electric motor at the rear producing 20kW.

Despite its light weight and utilitarian focus, the Motiv is equipped with automatic climate control, anti-lock brakes, an expansive 24.0in infotainment screen and electric upward-opening doors.

Jean-Philippe Launberg, GMD’s strategy and business director, said “iStream’s expanded portfolio means that it is now the answer to many questions for many mobility companies. Not least how do you keep the weight of an electric vehicle to a minimum?

“Our innovative manufacturing processes delivers many benefits for automotive manufacturers wanting to create, develop and make low- to mid volume cars and commercial vehicles that can’t be profitably manufactured with their existing methodologies and footprint. It’s a unique and cost effective way for global manufacturers to improve performance and efficiency in a sustainable way.”

He also hinted at the potential for iStream technology to be used outside of the automotive sector, revealing that GMD is in discussions with aviation companies on the subject of electric cargo drones and light aircraft.