How an electric car transmission works Do electric cars have a transmission with gears? What about manual or auto gearboxes? Here’s everything you need to know about electric powertrains.

Electric cars have similarities with their conventional equivalents but they’re very different when it comes to powertrains. While petrol and diesel engines can be linked to both manual and automatic transmissions, electric cars don’t actually have a gearbox at all.

Since electric motors deliver power to their wheels in a different way to conventional cars, electric cars tend to have a simple switch that mimics the settings of an automatic transmission. Much like the gear shifter in an automatic car, this switch will let you select ‘Drive’ to go forwards, ‘R’ for reverse and ‘N’ for neutral. Some will have additional modes that allow you to change the way the car drives (such as an Eco or Sport setting) but it won’t actually change the way the transmission operates – instead it will change other functions, such as throttle sensitivity.

Does an electric car feel like it has gears when driving?

Once you’ve driven off, you may be surprised to find that, as the car accelerates and slows down, it doesn’t have the feeling of shifting through gears; it’s just a smooth, linear drive right up to cruising speeds and back to a standstill instead.

This is because electric cars don’t need a transmission with different speeds like conventional diesel or petrol vehicles. Instead, they generally get away with just a single gear that can be reversed.

This is especially impressive considering how quick some electric vehicles can accelerate. The Tesla Model S Performance, for example, can do 0-100kph in just 2.3 seconds, making it a family sedan that’s faster than most supercars. 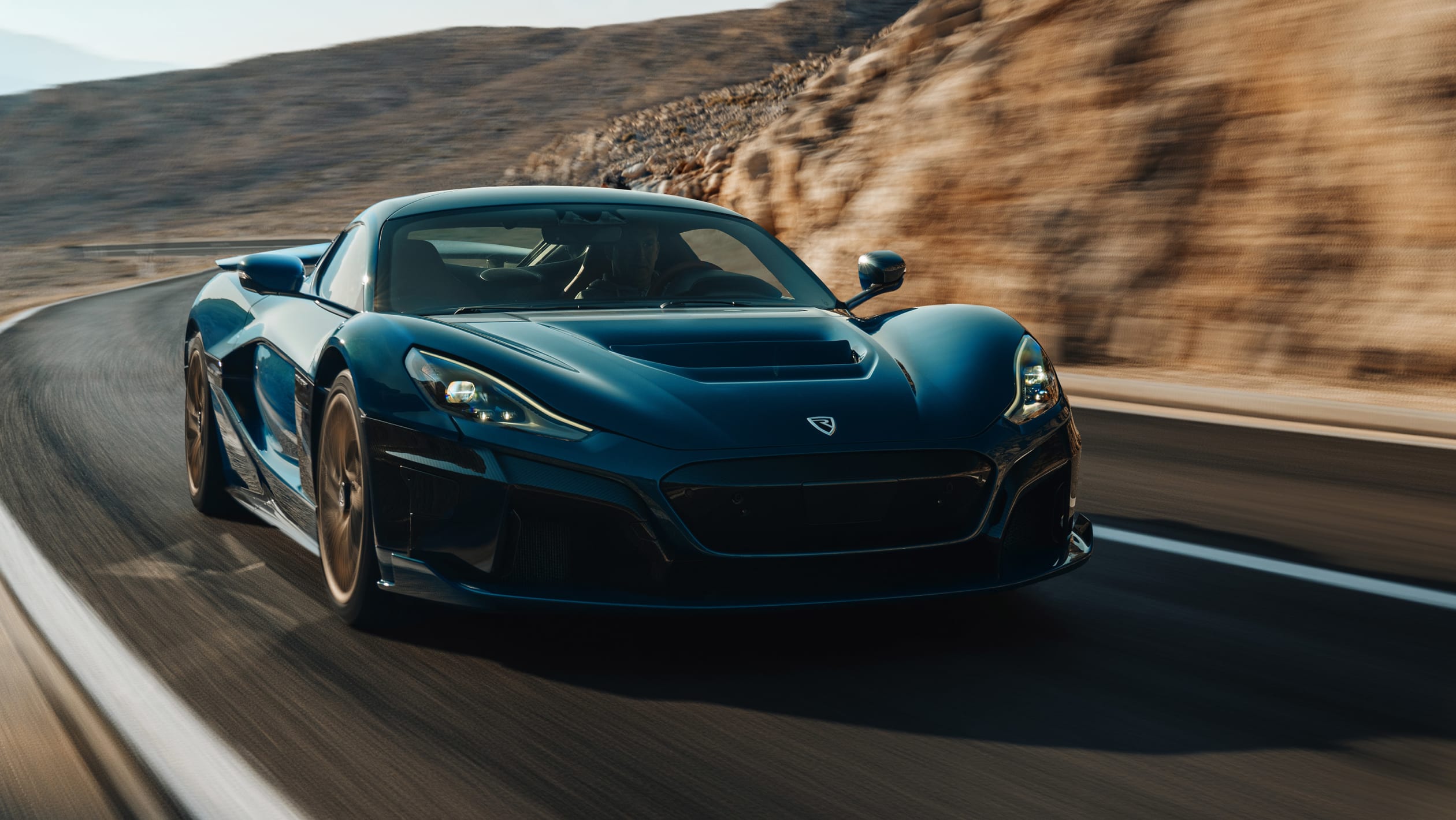 This is possible because electric motors are more flexible than conventional, fuel-burning, engines. An EV motor can produce its pulling power instantaneously as soon as you press the accelerator.

The electric motors are also power-efficient throughout this rev range, meaning they don’t have to be sitting in a small, narrow rev band like a conventional engine to deliver optimal performance.

The different gear ratios help the conventional engine keep within this narrow power band at different road speeds. That’s why a petrol car will easily accelerate to 30kph in first gear, but won’t go much faster without reaching the engine’s rev limiter, or red line. With the same logic, drivers will struggle to pull away from a standstill in sixth gear, as this ratio is designed for faster driving.

This all means an electric vehicle can reach its top speed in a single gear, which is chosen by the engineers to offer the best compromise between low and high-speed performance. Most are capable of accelerating at town speeds faster than a hot hatchand easily breaking the freeway speed limit, so there’s no great sacrifice involved.

With fewer moving parts, is an electric car easier to maintain?

This setup makes EVs much less complicated to build and maintain. Installing a driveline system with multiple gears would immediately add cost, which then brings up the car’s price. With EVs already seeming comparatively expensive, manufacturers obviously want to avoid this. However, this single gear rule may change for EVs in the future. In Formula E, the electric single-seater race series, some teams opt to run their vehicles with a three-speed gearbox to give the best combination of performance and efficiency as power outputs are limited by the rules.

For road cars, several concepts have been shown which suggest that cheap-to-make twin-speed gearboxes may be used in some future electric models, as it will allow for smaller, less powerful and cheaper electric motors to be fitted and range to be increased without harming performance.

Do hybrid cars have a normal transmission?

Pure EVs do not have a conventional transmission but what about ‘mild hybrids’ and plug-in hybrids (PHEVs), which have both an electric motor and a petrol or diesel engine? Most modern hybrids also have an automatic-style change, which means you don’t have to get used to anything complicated in order to drive one. But under the skin, the systems used are quite different.

The now discontinued BMW i8 sports car, for example, uses a BMW two-gear system while Toyota’s hybrids have a more conventional CVT transmission, which uses a belt moving between two cones to make sure the engine speed is right for either economy or performance. Mitsubishi’s PHEV Outlander has a ‘one-speed’ gearbox that drives in EV mode, directing drive to the wheels from the motors up to motorway speeds, before a new gear engages automatically to take power directly from the petrol engine. The driver doesn’t have any agency in this – it’s all controlled by computer.

As EVs and hybrids become increasingly popular, advanced and more affordable, expect more options and technical advances to make them more efficient. These aren’t likely to make life for the driver any more complicated.