How touchscreens give haptic feedback 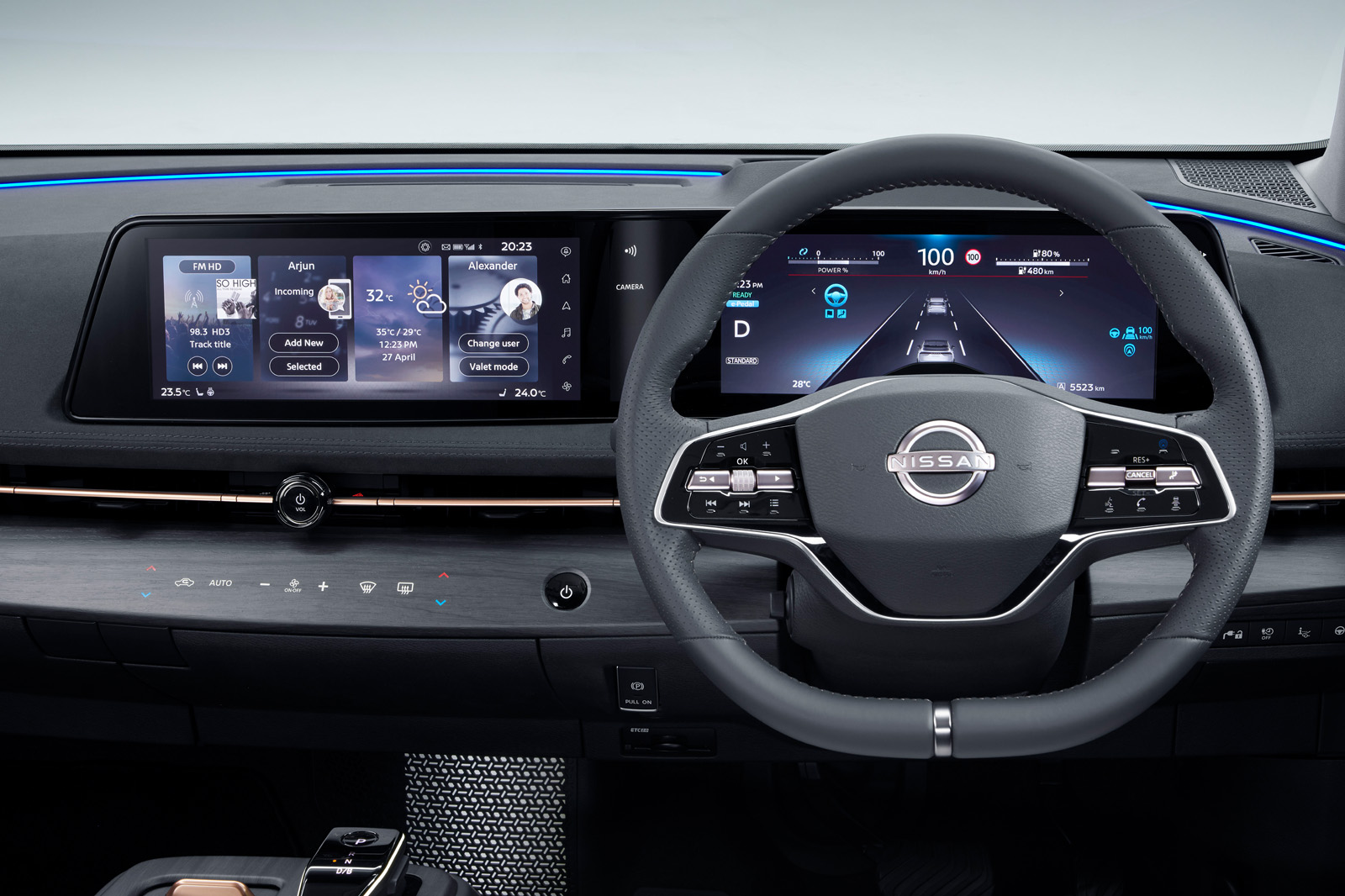 As the debate continues around the usability of touchscreens, Nissan is developing ways to overcome the issues

As the great in-car touchscreen debate rumbles on, manufacturers remain totally committed, despite the fact that drivers are forced to take their eyes off the road to use them, even if only for a second or two. A well-thought-out combination of actual buttons for key, primary functions and the touchscreen for secondary functions can help, but things like searching for music albums, playlists or tracks in the infotainment system are still distracting.

To improve on those shortcomings, Nissan has chosen electrostatic feedback buttons for its new Ariya, grouped on the main dashboard and on the centre console. The technology generates what feels like a kick to emulate the sensation of pushing a mechanical button even though that isn’t happening. Sounds are generated at the same time to help distinguish one ‘button’ from the next. Nissan says the system has been tested by people with different size fingers and fingernails, a wide range of pressure forces, angles and gloved hands.

Haptic-feedback technologies, where the screen generates a sensation like a buzz or vibration in your fingertip when a button is hovered over or touched, can improve things. Hyundai showed off some research and found in trials that mixing audio with haptic feedback made a big difference to the ease of navigating around a touchscreen.

Audi introduced its MMI touch response in 2017 with electromagnet actuators behind a sprung display to deliver a mechanical pulse to your fingertip when a ‘button’ is pressed. Mercedes-Benz’s new ‘Hyperscreen’ also gives haptic feedback, generated by 12 actuators behind the screen.

A few ways of creating haptic feedback have been developed over the years, not all of them suitable for touchscreens.

Small eccentric-rotating-mass (ERM) motors spin an eccentric weight to generate vibration, while piezo actuators contain materials that change size when a current is passed through them, generating a high-frequency vibration if the current is varied very quickly. The faster an actuator can accelerate, the more intense the sensation – something that piezo technology does well.

Ultrasound can generate a haptic response before your finger touches the screen’s surface by disturbing the air close to the surface.

An electrostatic-haptic-surface technology called Tanvastouch has also been developed by US firm Tanvas for a variety of applications, including vehicles. It can go in a screen or surfaces in the cabin, including upholstery, to give haptic feedback. It generates friction between your fingertip and a surface to coincide with graphics so that fine textures, ridges and bumps can be felt as your finger moves over the features.

You can feel what you see, with sliders clicking into place and differentiation between different visual textures on the screen, for example. The technology is so refined that it has even been demonstrated in online shopping applications, allowing you to get a sense of how different materials used in clothing feel in real life. It might also prove to be the secret ingredient missing since cars got too complicated for buttons and touchscreens took over the world.