How Volvo will get the most out of lithium ion batteries 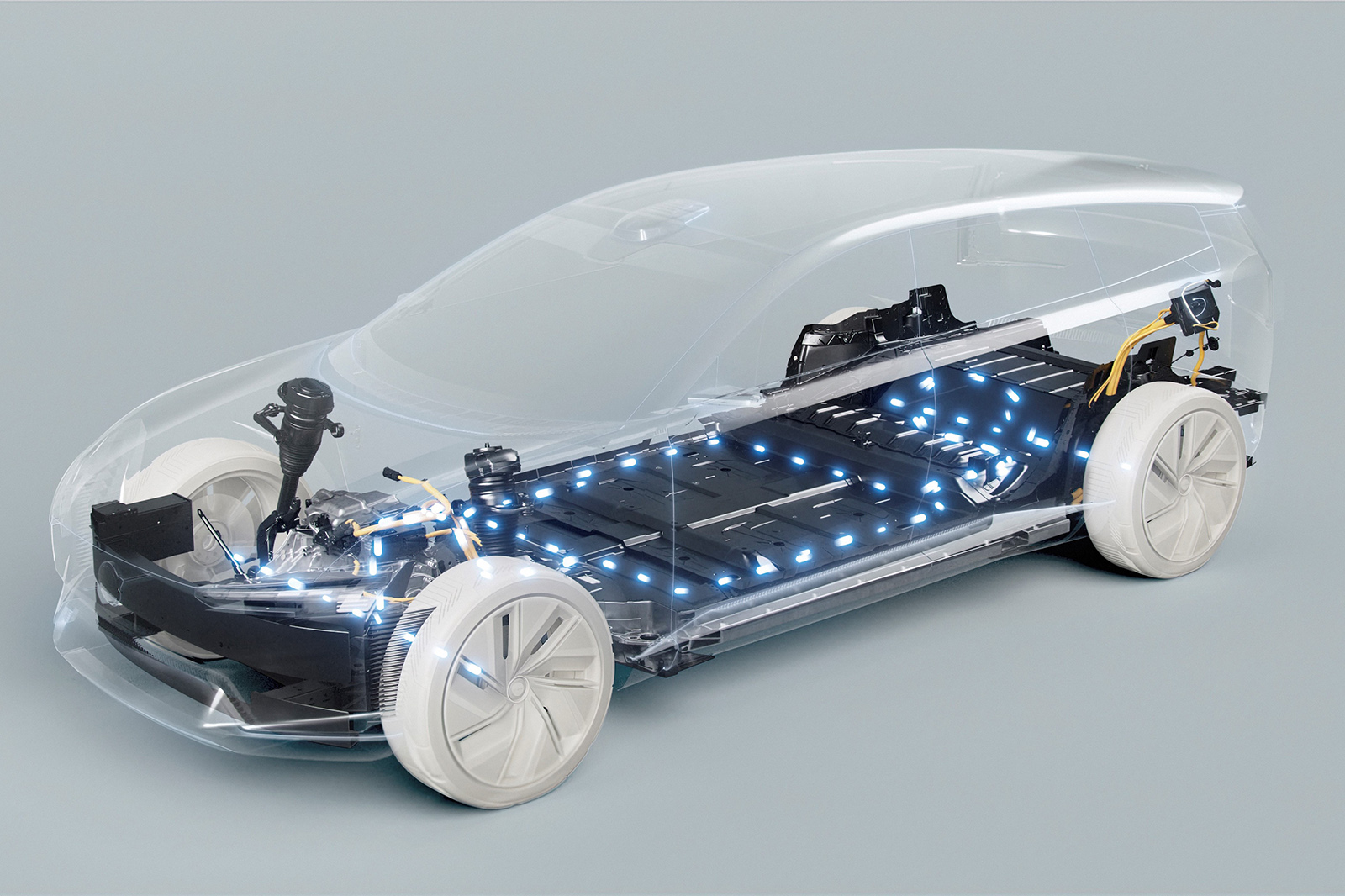 Lithium ion batteries have been around for a long time, but it’s becoming clear that changes in their chemistry and a rethink of the way they’re incorporated into cars will yield major improvements.

Volvo’s first-generation battery uses dual layers of standardised modules. The nickel content of the cathode (the nickel-based positive electrode) has been raised and the reliance on cobalt reduced; and work is ongoing to improve the anode (the graphite-based negative electrode) by adding silicon to improve energy density. Volvo hopes these improvements will give its second-generation battery, due in 2024, an energy density significantly above 700Wh per litre.

The next step will bring more new materials into play up to pure-lithium anodes – the holy grail in terms of lithium ion battery development. That has so far proved impossible, due to the formation of tendril-like ‘dendrites’ on the anode, which will eventually short out the cell. Lithium-metal anodes would represent a huge leap in battery design, giving an energy density of around 1000Wh per litre, which Volvo says would “approach real solid-state batteries”.

The credit for that goes to the company’s new Swedish battery development partner, Northvolt, which acquired Silicon Valley start-up firm Cuberg early this year for its lithium-metal battery technology, which was originally aimed at powering aircraft.

Cuberg’s new electrolyte prevents issues with lithium-metal anodes, the use of which it says can increase battery capacity and range by 70% over conventional lithium ion technology. This invention should appear in Volvo EVs by the second half of this decade.

Volvo’s current standardised-module batteries will be replaced by types giving a flat floor and then, by a third generation, dispensing with what Volvo calls “putting a box in a box” and becoming a structural part of the floor. To do that, the prismatic cells will be housed in aluminium and then glued together to form a sealed-for-life unit.

Other improvements, such as a reduction in the internal resistance and improved thermal management of batteries in the third generation, plus an 800V architecture, should yield a 10-80% charging time of only around 15 minutes.

Volvo is confident that quality has reached a level at which the need to replace modules (already a rare occurrence) will be all but non-existent. Integration with the car’s structure is expected to reduce weight to the extent that the whole vehicle energy density will increase another 20%, further upping range to between 900 and 950 kilometres.

Batteries are already being produced at a Northvolt site with a 15GW annual capacity, which is enough for some 150,000 cars. The partners plan a new 50GWh factory making enough batteries for 500,000 cars per year.

Volvo is confident that those volumes, plus the recycling of the mineral and chemical elements of the batteries, will dramatically reduce the cost of its EVs down to that of its equivalent ICE cars by the middle of this decade. Recycling and the use of 100% renewable energy for production will make them a sustainable proposition, too. Brushless permanent magnet synchronous motors are popular in EVs, but the magnets’ use of rare earth materials is problematic. The Renault Zoe uses an externally excited synchronous motor (EESM), which lacks permanent magnets but isn’t brushless. Brushes can wear out, so Renault is looking into brushless EESMs, which usually have a rotating transformer to wirelessly transfer electrical energy to coils in the spinning rotor to generate an electromagnetic field.