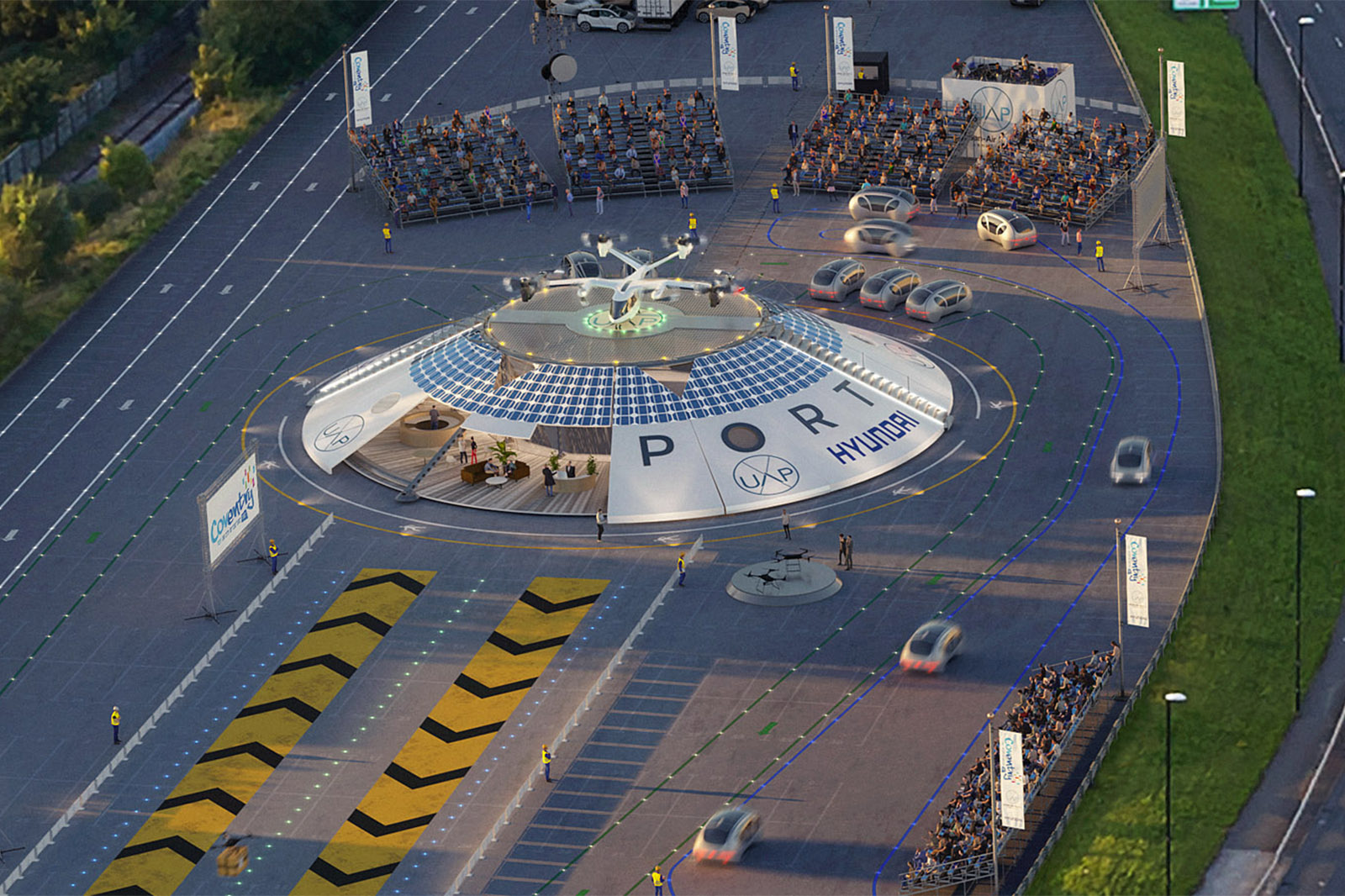 A “world-first” fully operational hub for future electric urban aircraft will be opened in the UK later this year after securing government backing.

The Urban Air Port Air-One has been selected as the winner of the government’s Future Flight Challenge, a competition to develop aviation infrastructure for anticipated electric vertical take-off and landing (eVTOL) aircraft, such as cargo drones and air taxis.

Urban Air Port has been selected by Hyundai Motor Group’s Urban Air Mobility Division as its priority infrastructure partner, with the Korean firm planning to build its own eVTOL aircraft and commercialise it by 2028.

The port is said to be 60% smaller than a traditional heliport. Construction techniques allow the site to be installed in “a matter of days, emit net-zero carbon emissions” and operate “completely off-grid,” according to the firm. A total of 200 sites are planned within the next five years to “meet global demand”. NASA claims urban air mobility could in the US alone be worth up to £375 billion (AUD$665 billion) in the near-term, although there’s debate over the legislative hurdles to overcome before such vehicles can be operated in numbers.