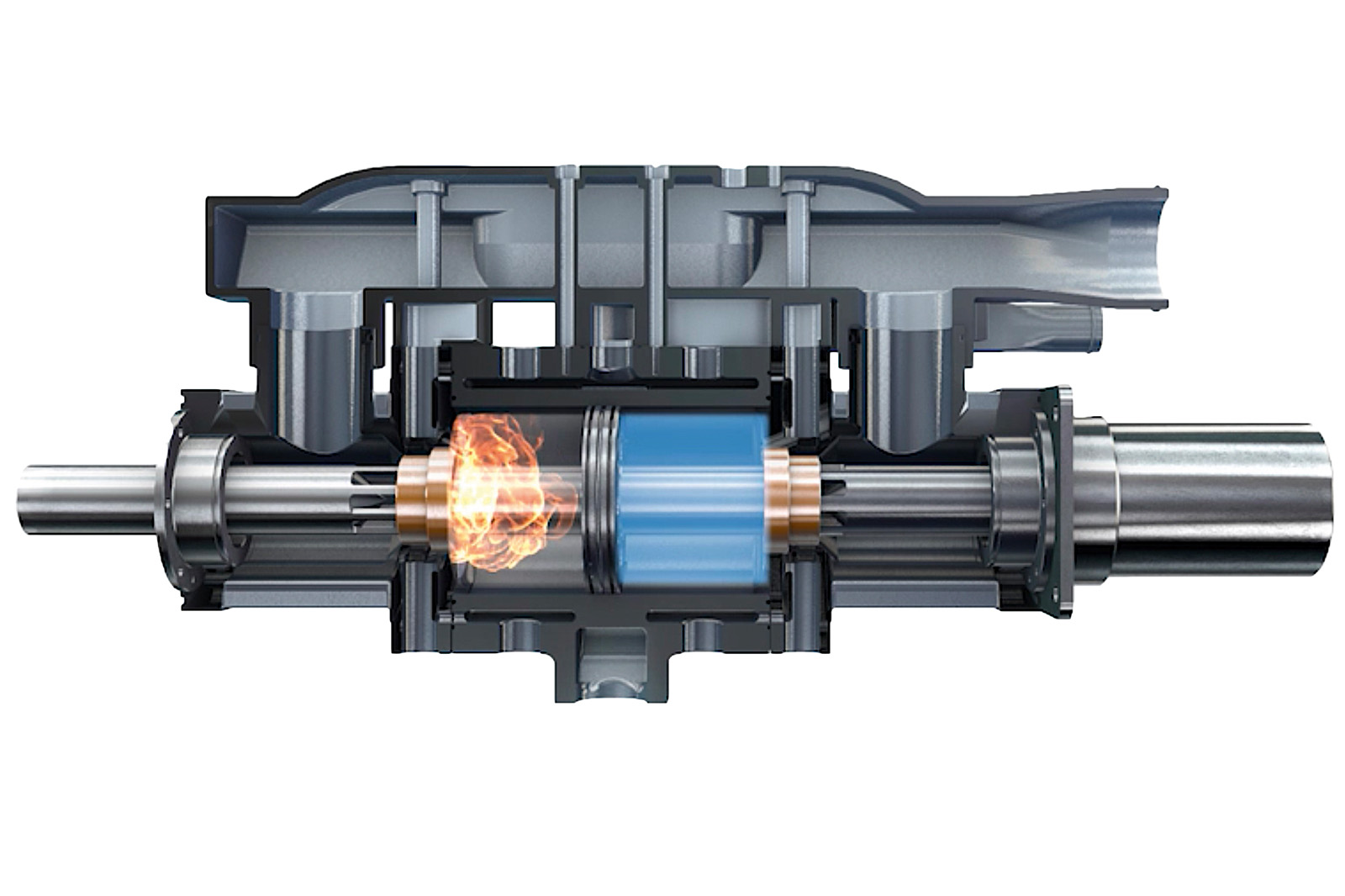 We examine the lightweight hydrogen engine developed by an Israeli firm

A new, lightweight hydrogen engine concept from Israeli firm Aquarius Engines has been under development since 2014 and is close to maturity. Powered by hydrogen, the Aquarius Two Sided Free Piston Linear Engine (FPLE) is designed to generate electricity for plug-in series hybrids or range-extenders.

The tiny engine consists of a mere 20 components, only one of which moves. Although originally designed to burn petrol, it could conceivably operate on a variety of fuels including the latest ‘dropin’ carbon-neutral, synthetic liquid fuels, and a hydrogen version of the engine has been developed and tested. The Aquarius is called a linear engine, because instead of converting reciprocating forces into rotating forces via a crankshaft like a conventional piston engine, the single piston rod moves to and fro on a two-stroke cycle, firing on each stroke of the piston, at each end of the cylinder.

The Aquarius engine comprises one piston rod (a long bar with a piston at its mid-point); a small cylinder block in which the piston slides; two cylinder heads, one on each end of the block; two inner bearings and two outer bearings, which support the piston rod. The air-cooled engine needs no lubrication and instead has graphite piston rings and special coatings to reduce friction. The lack of oil rules out any chance of leaks or unburned hydrocarbons being produced during combustion and it simplifies servicing, which, its designers say, is minimal and required only every 1000 hours of operation. In that time, a hybrid car could comfortably travel more than 80,000 kilometres.

As the piston moves from side to side in the single cylinder, it expels exhaust via ports in the wall of the cylinder like a conventional two-stroke engine, then draws in air through a patented air filtration system and via ports in a hollow section of the piston rod. There are no poppet valves like a conventional engine or a highly stressed valvetrain to soak up energy in effort and friction.

There are four injectors in total, two in each cylinder head at each end of the engine. On each stroke, the hydrogen is injected into the fresh air by a pair of injectors, the mixture is compressed and ignited by a spark plug and the whole sequence begins again. A patented system of balance weights reduces noise and vibration.

The engine drives a generator that feeds the battery or traction motor of a series hybrid with electricity. Regenerative braking works in exactly the same way as with any all-electric or hybrid car, the traction motor switching to generator mode when the car slows to recover energy into the battery.

There are no production dates yet but a hydrogen-fuelled version of the engine has undergone independent testing by AVLSchrick in Austria and work continues on reducing noise levels from the electrical generator. Apart from hybrid cars, the engine is designed for use as a generator in telecommunications centres, microgrids, as an auxiliary power supply (APU) in large trucks, marine applications and for use in drones or APUs in aviation.

One they made earlier The Aquarius engine is already running in a driverless skateboard chassis to show its potential. The demonstrator vehicle is a petrol series hybrid at the moment but it could equally run with the latest hydrogen-fuelled version of the engine. The fact that the engine/generator unit can be used for so many different applications should make it more commercially viable than single-use systems.