The Audi RS3 will be here soon, and here is everything we know.

Audi has almost finished piecing together the new RS3 – with the sales and marketing boss of Audi Sport revealing to Automotive Daily‘s partner that fans can “rely” on the firm’s engineers to deliver with the third-generation version of the car.

In an exclusive interview with us, Audi Sport’s Sales and Marketing chief, Frank Michl, called the new Audi RS3 “one of the success stories of the brand.” He attributed the car’s popularity to its five-cylinder powertrain, hinting that Audi would not look to downsize with this Mk3 model. However, Michl refused to disclose any specific details on the RS 3’s specs, stating only that it would be “some months” until the new car is revealed. He also declined to confirm if Audi’s upcoming Mercedes-AMG A 45 fighter would reach roads before the end of 2020.

While Audi bosses are now beginning to speak in earnest about the project, the new RS 3 has been spied numerous times in the hands of engineers at the Nurburgring, indicating that the new 300kW+ super-hatch is in the final stages of assessment. Here’s everything we know so far.

Our most recently spied test car wears less camouflage than previous mules, giving us a decent indication of the finished product’s styling. Some of the car’s most intricate design features – such as its vented front bumper and aggressive rear diffuser – remain masked but, what’s clear is that, like all RS-branded Audis, the new RS 3 will feature a purposeful bodykit which sets it apart from its lesser-powered A3 siblings. 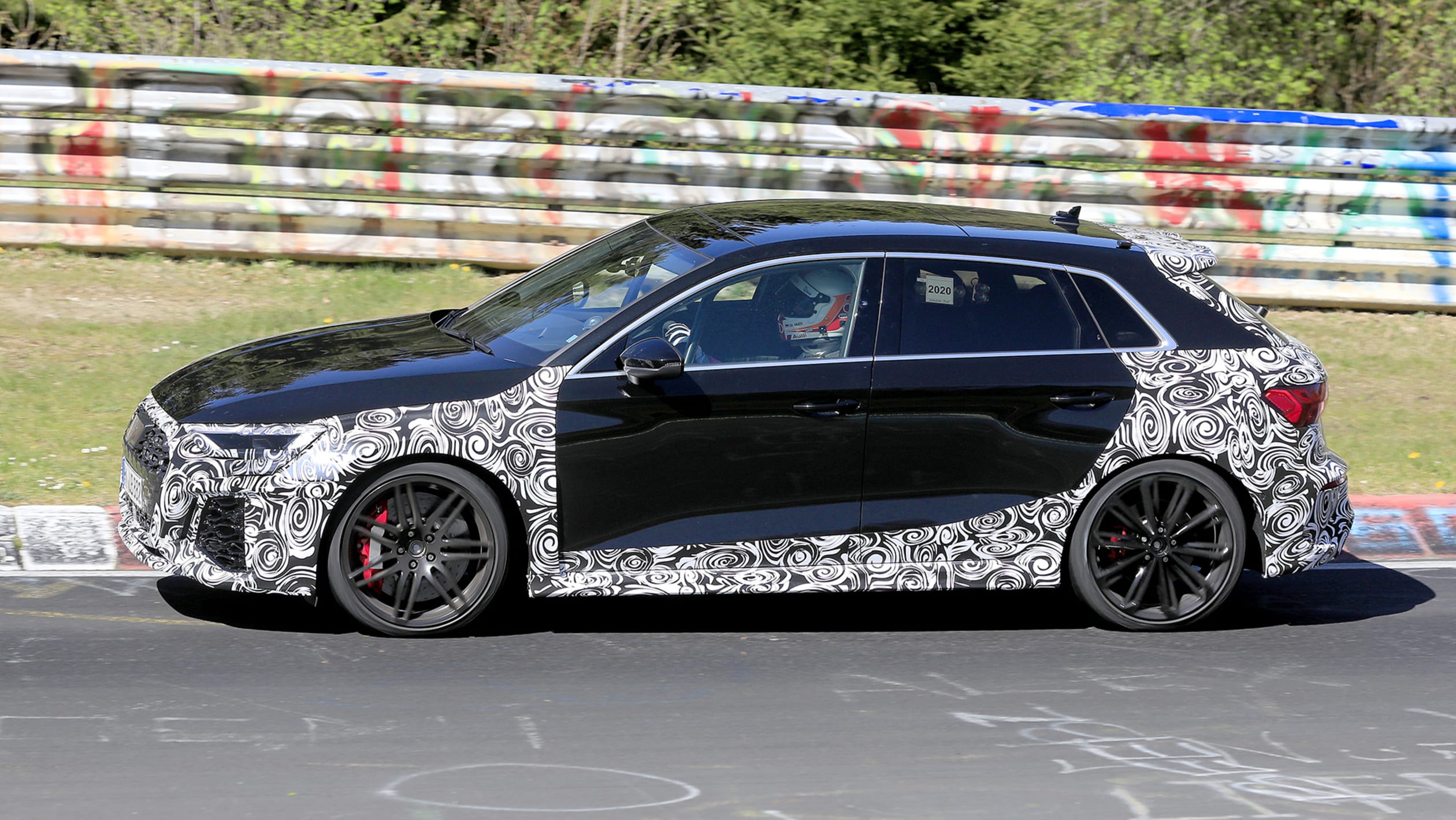 At the front, Audi has fitted a bolder bumper with broader intakes which, along with a pair of extra vents on the trailing edge of the front wheel arches, should help to expel hot air from the engine bay. The car’s side skirts are also deeper than the regular A3’s – and, at the rear, there’s a larger wing, a new diffuser and a set of oversized oval exhaust tips.

As the new RS 3 will be based on the same platform as the outgoing model, Audi should also retain the current car’s turbocharged 2.5-litre five-cylinder petrol engine – which is still used in the latest Audi RS Q3. However, the unit’s power and torque figures will increase to around 309kW and 500Nm (over the engine’s standard output of 295kW and 480Nm), in an effort to keep the RS 3 competitive with the 309kW Mercedes-AMG A 45 S. Audi is yet to announce the RS 3’s on-sale date, but we expect it’ll reach Australian showrooms in 2021, with prices starting around $85,000.