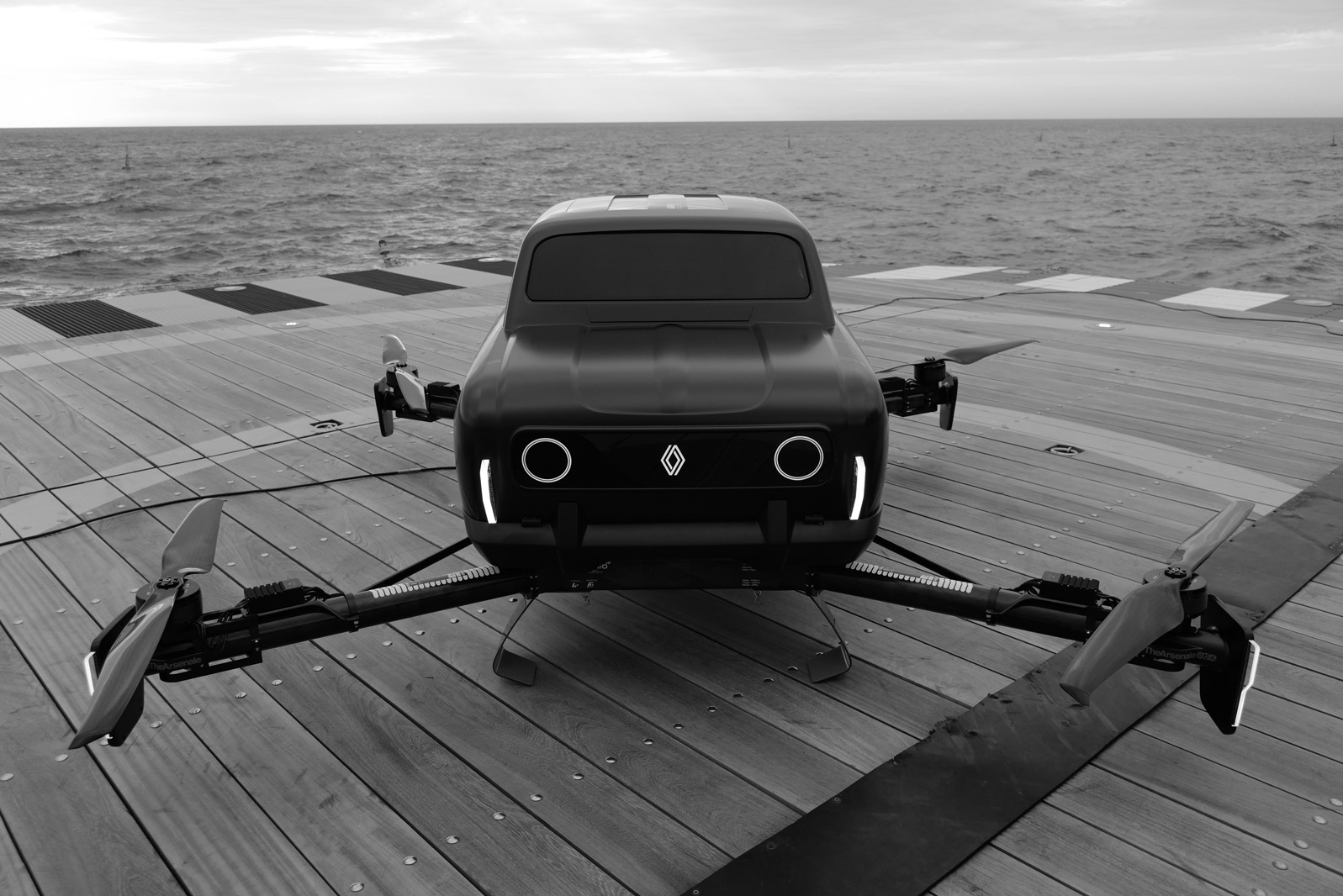 Renault has revealed the AIR4, a futuristic, flying version of the classic Renault 4 to celebrate its 60th anniversary.

It comes as a modern-day electric version of the Renault 4 is set to be launched in 2025, following the sporty new Renault 5.

The French maker said the show car is “designed for the roads of the future that are visualised to be in the air”, adding that it “provides an innovative insight into how the Renault 4 could look in another 60 years”.

Made entirely from carbonfibre, the show car has been engineered so it can fly. Renault said: “Real-world trials could begin.” Instead of wheels, the AIR4 uses four two-blade propellers, one at each corner of the vehicle. The body sits in the middle of the rotar frame, with the driver gaining access to the cabin by lifting the front-hinged shell. It is powered by 22,000mAh lithium-polymer batteries, which is enough for a horizontal top speed of 26m per second, with a 45deg inclination during flights, up to a maximum of 70deg. Renault claimed it can fly as high as 700m with a take-off speed of 14m per second, although this is restricted to 4m per second for safety reasons, with a landing velocity of 3m per second. Its propellers generate 95kg of vertical thrust each for a total of 380kg. The AIR4 was created with motion design firm The Arsenale and will be in public display in Paris at the Renault showroom on Champs Élysées. “After a year-long celebration, we wanted to create something unconventional to close up the 60th anniversary of 4L,” said Arnaud Belloni, Renault marketing boss. “This collaboration with The Arsenale was a natural fit. The flying show car AIR4 is something unseen and a wink to how this icon could look like in another 60 years.”

The original Renault 4L sold over eight millions units during a production lifetime of more than 30 years, starting in 1961.