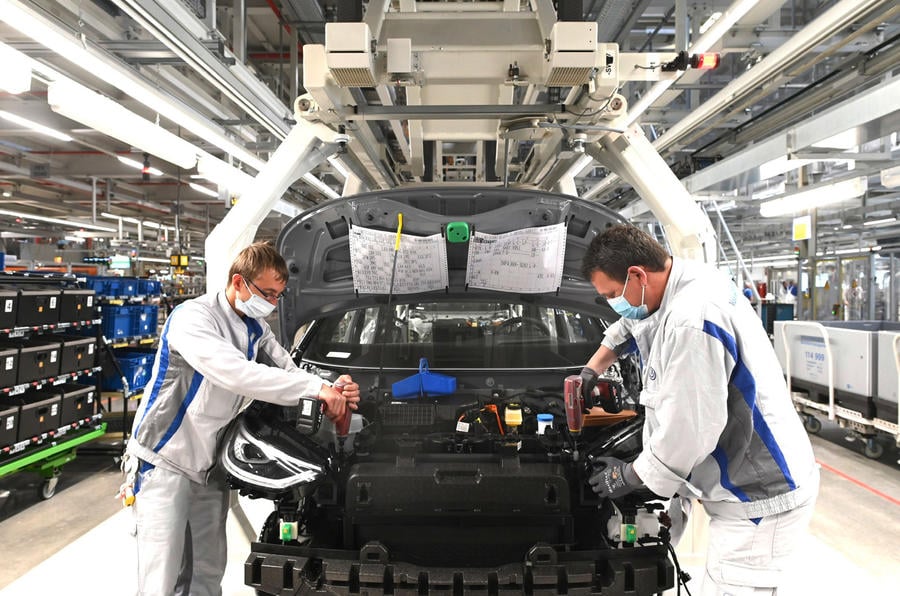 The Volkswagen Group has ended all production and sales in Russia with immediate effect, in light of the country’s ongoing invasion of neighbouring Ukraine.

In a tweet, the company said it will stop building vehicles at its plants in Kaluga and Nizhny Novgorod until further notice, as well as stopping all exports to the country.

Against the background of the Russian attack on #Ukraine, #VWGroup has decided to stop the production of vehicles in #Russia (Kaluga, Nizhny Novgorod) until further notice. Vehicle exports to Russia will also be stopped with immediate effect. (1/2)

The Kaluga plant, where local manufacturer GAZ builds the VW Polo, VW Tiguan and Skoda Rapid under licence, as well as assembling the Audi Q7 and Audi Q8 from knock-down kits and building petrol engines for various models. It employs 4000 people.

The company added it “takes its responsibility for the affected employees in Russia very seriously”, and will pay them ‘short-time’ working benefits.

The move brings the VW Group into line with several other global manufacturers which have halted their Russian operations and joint ventures in recent days, in line with severe trading sanctions imposed upon the country after president Vladimir Putin ordered troops into Ukraine.

Aston Martin, BMW, Ford, General Motors, Honda and Jaguar Land Rover are among the companies to halt sales in the regions, while others have been forced to idle global production facilities as a result of the conflict’s impact on their supply chains. Yesterday it was confirmed that the VW Group would pause production at its Zwickau and Dresden facilities until Friday, affecting deliveries of its MEB-based EVs, and will donate €1 million euros (AUD$1.5 million) to refugee charity Unoflucht.

In a statement yesterday the company said: “The Volkswagen Group views the Russian attack on Ukraine with great concern and dismay,” adding that it hopes for a “quick cessation” of hostilities.

“We’re convinced that a sustainable solution to the conflict can only take place on the basis of international law. Our thoughts are with all people on site. The safety and integrity of everybody, including our employees, is top priority.”

The latest development will have a profound impact on Skoda, particularly, which sold 90,000 cars in Russia last year, making it the Czech brand’s second-biggest global market.